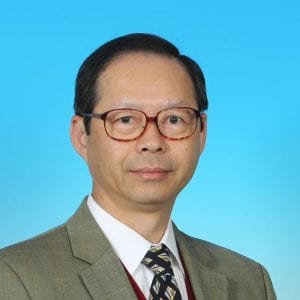 Professor Billy So holds BA and MPhil in History from the Chinese University of Hong Kong (CUHK) and PhD from Australian National University. From 1982 to 1987 he served in the domain of student affairs, first as Student Counsellor then the founding Dean of Student Affairs at HK Shue Yan College (now HK Shue Yan University), and then as full-time administrator for student organisations and activities at CUHK’s Office of Student Affairs. In the following six years he taught courses in Chinese history and culture at the National University of Singapore. He returned to Hong Kong in 1993 to join CUHK’s Department of History and enjoyed his 18-year tenure there moving through the ranks of Associate Professor, Professor and Chair Professor while taking on various administrative roles including Chairman of the Department of History (1999–2004), University Registrar and Associate Pro-Vice-Chancellor (2004–2008), and Director of the undergraduate and graduate degree-granting Centre for East Asian Studies (2007–2010). In 2011 he joined the Hong Kong University of Science and Technology (HKUST) as Chair Professor and served as Head of the Division of Humanities (2011–2017).

Prof. So’s commitment to higher education prompted him to initiate various curricular innovations, which include the competitive programs in Public History and Comparative History (BA, MA) and the interdisciplinary Chinese Studies programs (BA, MA, MPhil, PhD) at CUHK as well as the general education mega-course on cultures and values for 2,400 undergraduate students at HKUST. Furthermore, as a member of CUHK’s senior management team, he was tasked to (a) internationalise the student body of over 10,000, (b) strengthen quality assurance, (c) supervise all the sub-degree, professional and continuing education programs catering to over 50,000 students, and (d) create interdisciplinary programs of Chinese studies in both teaching and research. He also gained valuable insight into collegiate education over the years as a student of New Asia College (CUHK), one of the six founding fellows of Morningside College (CUHK), and visiting fellow of St. John’s College and Sidney Sussex College (both Cambridge), St. Antony’s College (Oxford), and Harvard University.

Prof. So has published 12 single-authored, co-authored and edited books (including forthcoming volumes) and a total of 80 peer-reviewed journal articles, book chapters, and book reviews in English and Chinese in academic journals such as Bulletin of the School of Oriental and African Studies, Tsinghua Law Journal, Annals of GIS, Hong Kong Law Journal, Annales: Histoire, Sciences Sociales, Lishi yanjiu, Journal of Chinese Studies, Journal of Economic and Social History of the Orient, and Journal of Southeast Asian Studies. He has also delivered over 100 conference presentations, lectures, invited talks, and public lectures at such venues as Harvard Law School, Cambridge, Oxford, LSE, Peking University, and Fudan Guanghua Lecture Series. His research has spanned a broad spectrum of academic disciplines in political, economic, business, regional, legal, maritime, and intellectual history of China from premodern to modern eras.

Prof. So has contributed to society as a member of the HK Research Grants Council (RGC), HK Government Antiquities Advisory Board, HK Government Advisory Committee on Built Heritage Conservation, and the Council of the Open University of Hong Kong. He also serves as advisor to museums in Hong Kong and Shanghai, editor of Zhejiang University Press’s and co-editor of Brill’s book series, and editorial board member of Journal of Sung and Yuan Studies. Furthermore, he has taken part in the education reform initiative for secondary schools in Hong Kong in the 2000s as well as the research assessment exercises (RAE) in humanities subjects for RGC (2014; reappointed for RAE in 2020) and Academia Sinica in Taiwan (2004, 2008, 2014).