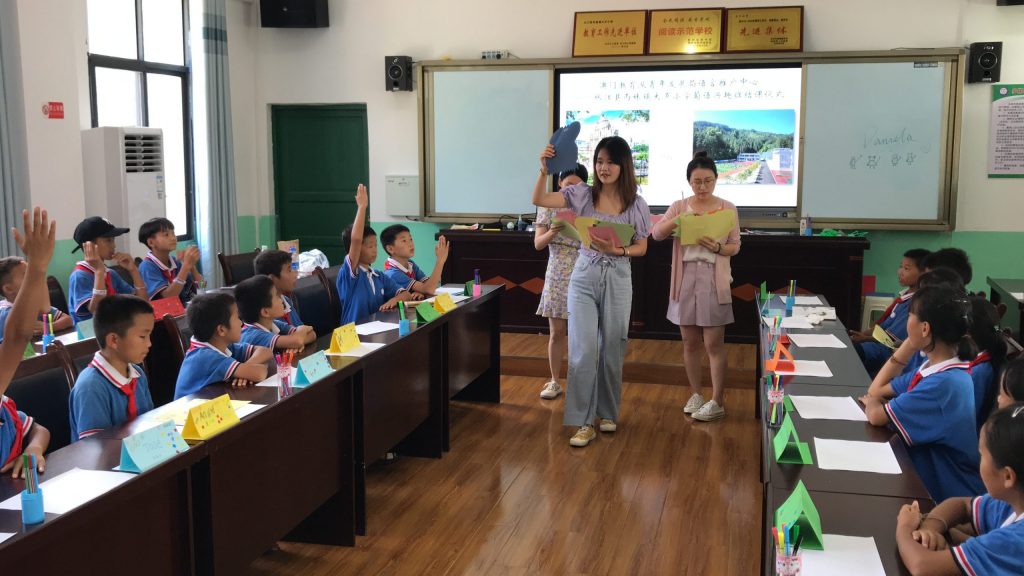 Students in a Portuguese language lesson 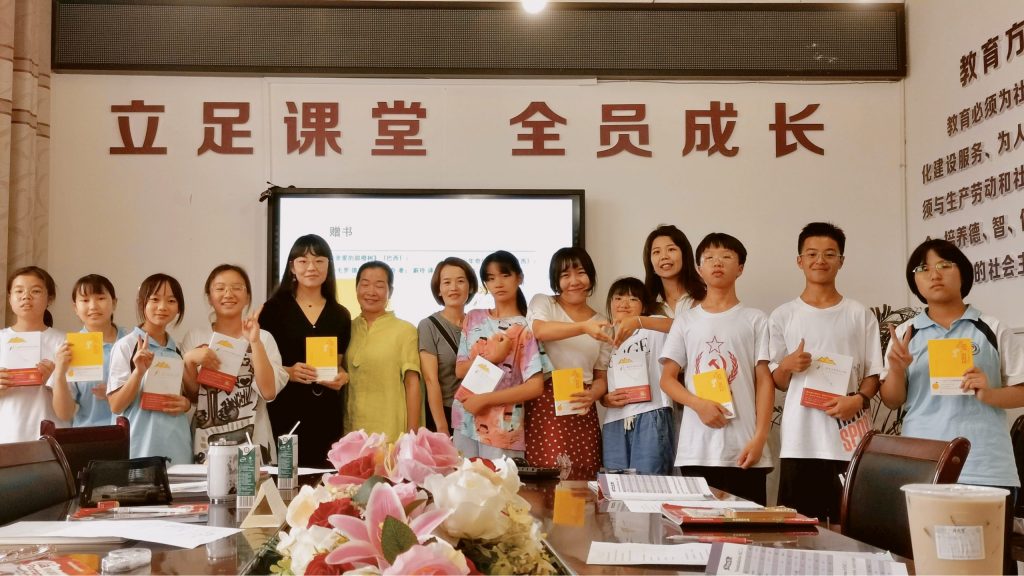 A group photo at the secondary school
Having completed three weeks of lessons, the Congjiang students can now fluently greet each other, as well as ask and answer common questions about basic personal information, in Portuguese. The UM team held a closing ceremony and exhibition at each of the three schools during the final lesson. During the events, the primary school students went through the three weeks of lessons in the form of a game and presented the highlights of the learning process in a short video, while students of the other two schools performed Portuguese songs. 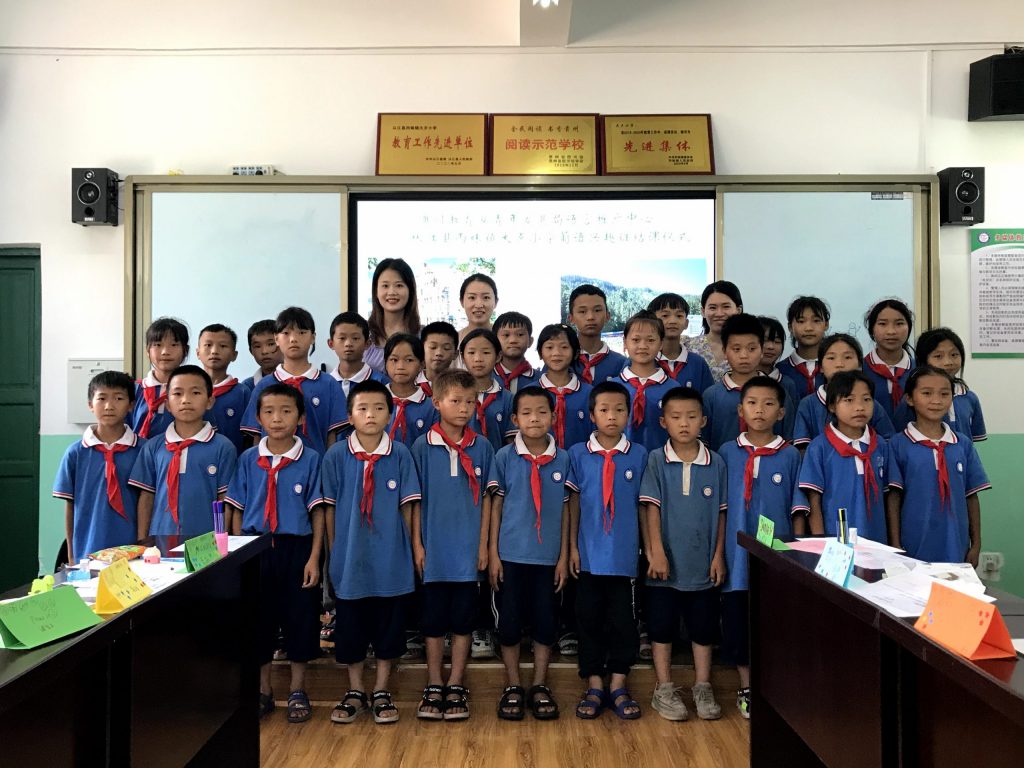 A group photo at the primary school 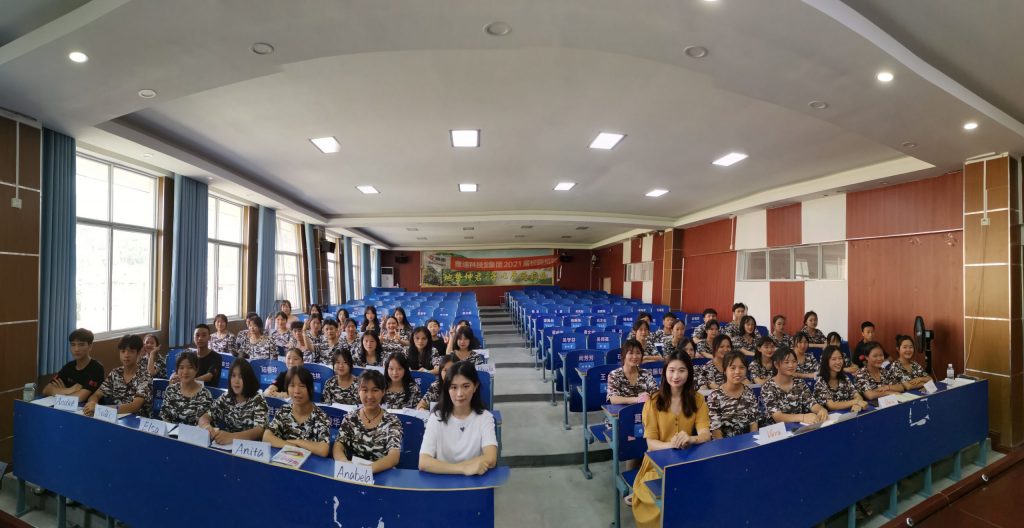 A group photo at the vocational-technical school