Joshua Ehrlich, an assistant professor in the Department of History, is passionate about his research. But despite his busy work schedule, he loves to travel to different cities and walk along old streets and lanes to look for historical monuments and feel the atmosphere of local cultures. During a trip to London last year, he stumbled upon three letters in a local archive dating back to the 18thcentury. These letters provide new evidence for one of his research projects. 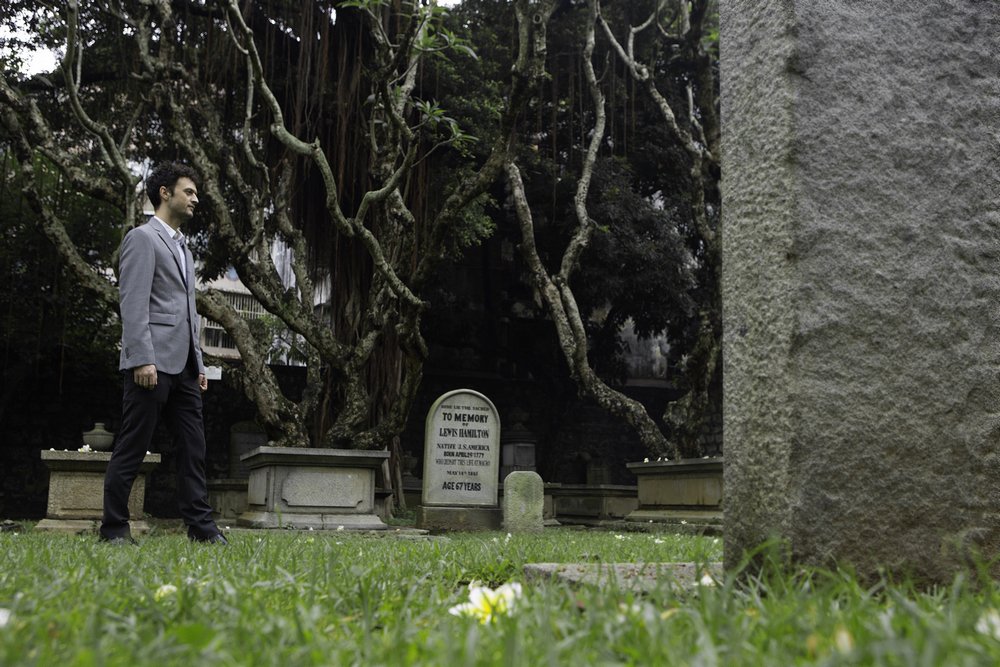 ‘Getting accustomed to the different languages, cultures and even foods might present a challenge to some travellers, but these are also what make travel more memorable,’ he says. Having visited India early this year, Prof Ehrlich passionately shares his travel experience with his students, saying ‘I was impressed by the reflections of trees and old Buddhist temples that I saw along the old streets of India, and by the cattle that are regarded as sacred by Hindus and lay in the street.’ Prof Ehrlich never compares the pros and cons of his travel destinations. Instead, he believes that each city has its own mysterious components that are worth exploring. He says, ‘No matter which city you visit, you could always encounter new things. And for me, local delicacies are always the best gift. Moreover, historically significant buildings and streets let me feel the cultural vibe of that city.’ 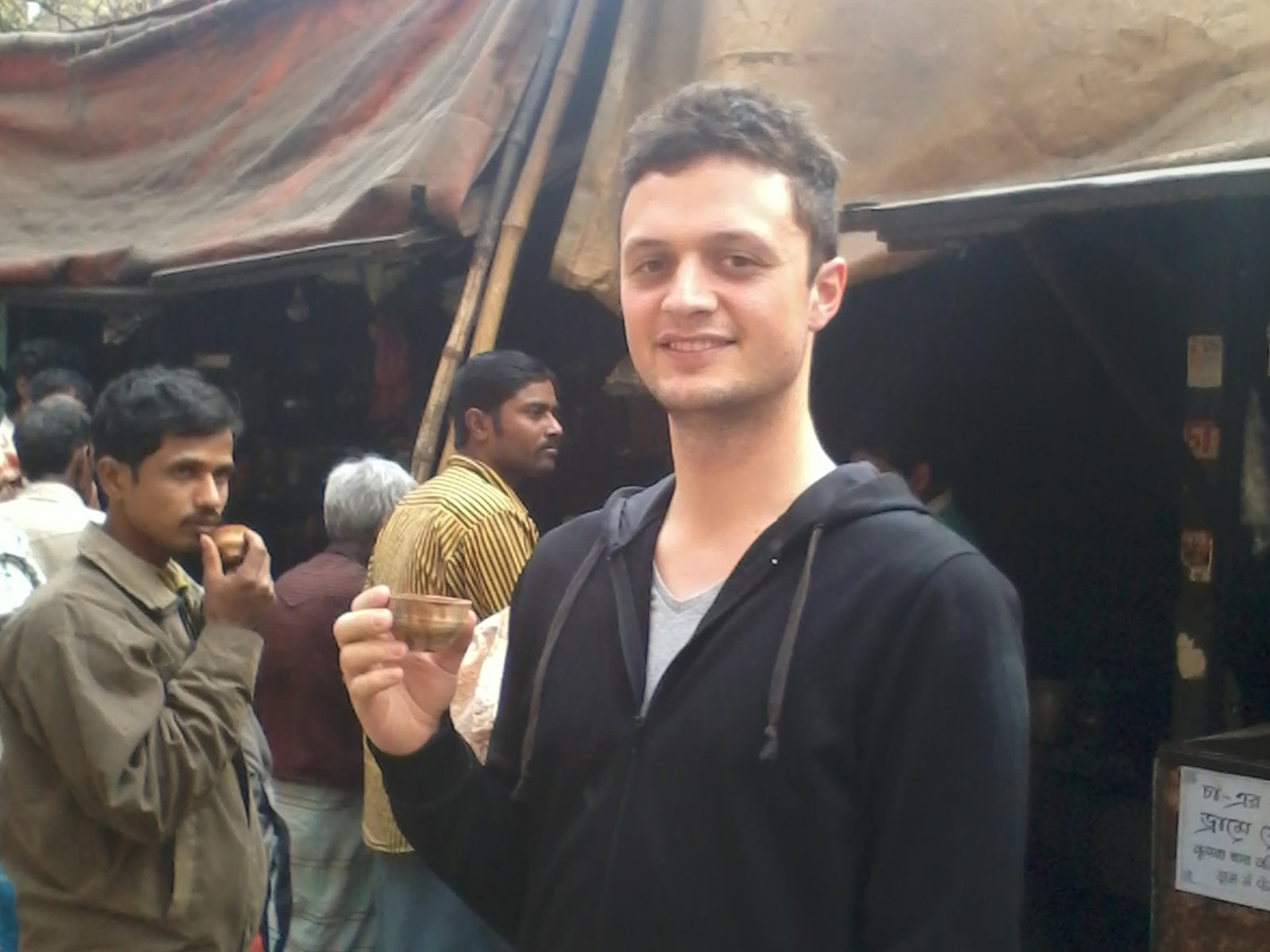 Prof Ehrlich in Kolkata, India, in 2013, holding Chai, a local tea made from milk and spices, in a clay cup.

Prof Ehrlich is a British-American who grew up in the United States, in California. He joined UM as a faculty member after receiving his doctoral degree last August from Harvard University. His main research interests include intellectual history, the history of South Asia and Southeast Asia, and the history of the British Empire and the British East India Company.

He loves to walk through the streets and lanes in Macao during his spare time. He says, ‘I like to visit historical sites, the buildings and streets in Macao are rich in cultural and historical significance. Walking through these places, I can imagine people’s lives hundreds of years ago. I also like hiking in nature.’

His first visit to Macao was prompted by a job interview at UM over a year ago. At that time, Ehrlich took the opportunity to explore this city with a history of more than 400 years and found to his excitement that Macao is actually connected to his studies. He stumbled upon the Protestant Cemetery, which was formerly known as the East India Company Cemetery. The famous Christian missionary Robert Morrison is buried here. ‘I was really excited to discover that the people buried here are the very ones I have been studying.’ Actually, ‘Macao’ was not a completely alien concept to Ehrlich because the name kept coming up in his previous research, but when he finally saw the Protestant Cemetery with his own eyes, he was still overwhelmed with excitement.

Later, he received a job offer from UM. ‘It is wonderful to work in a city that is closely related to your research studies. Such a link makes you more passionate about your work,’ he says. 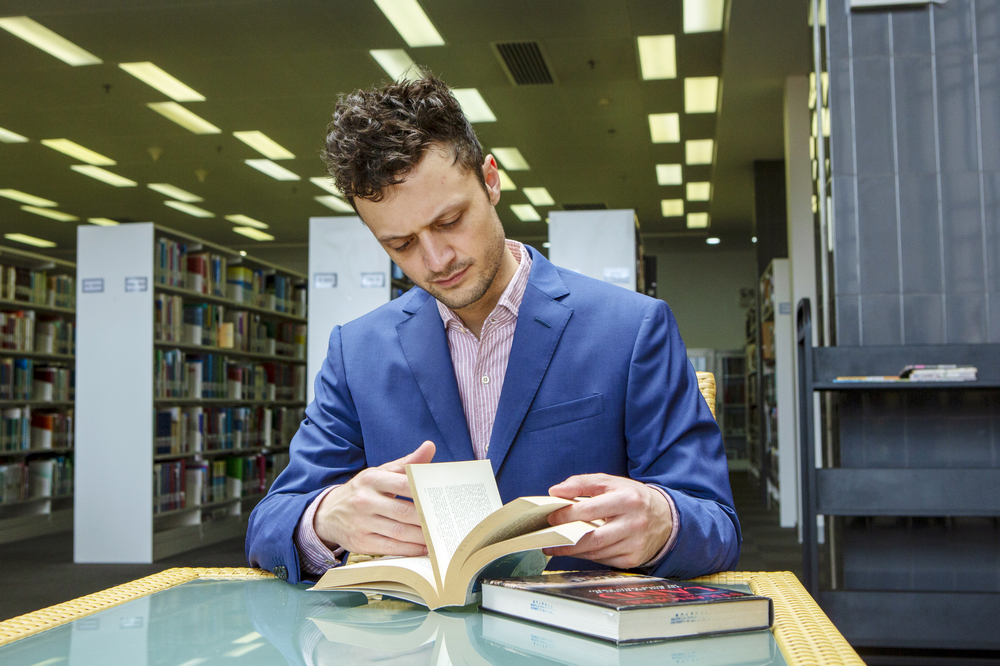 Prof Ehrlich fondly remembers his excitement over the discovery of three historically significant letters in an archive in London, which provide new evidence for the study of the 18th century British India political history. He has published a related article in The Historical Journal. ‘Historical research is like digging for treasure. At the worst of times, it seems like a futile search amid a mountain of trash, but if you don’t give up, eventually, with a little bit of luck, you may discover treasure,’ he says.

‘What makes me excited was not the moment when I discovered these letters, instead, it was when I realised the importance of the letters and discovered that it could provide new angles for the study of the history of the 18th century,’ he says. Written in 1785, these letters recorded the correspondence between a scholar called William Jones and a corrupt official named John Macpherson. These letters show that Jones and Macpherson often collaborated on both scholarly and official projects.

Prof Ehrlich has always been interested in the intertwining between politics and scholarship, and he hopes that these letters will change the current historical judgements of both Jones and Macpherson. 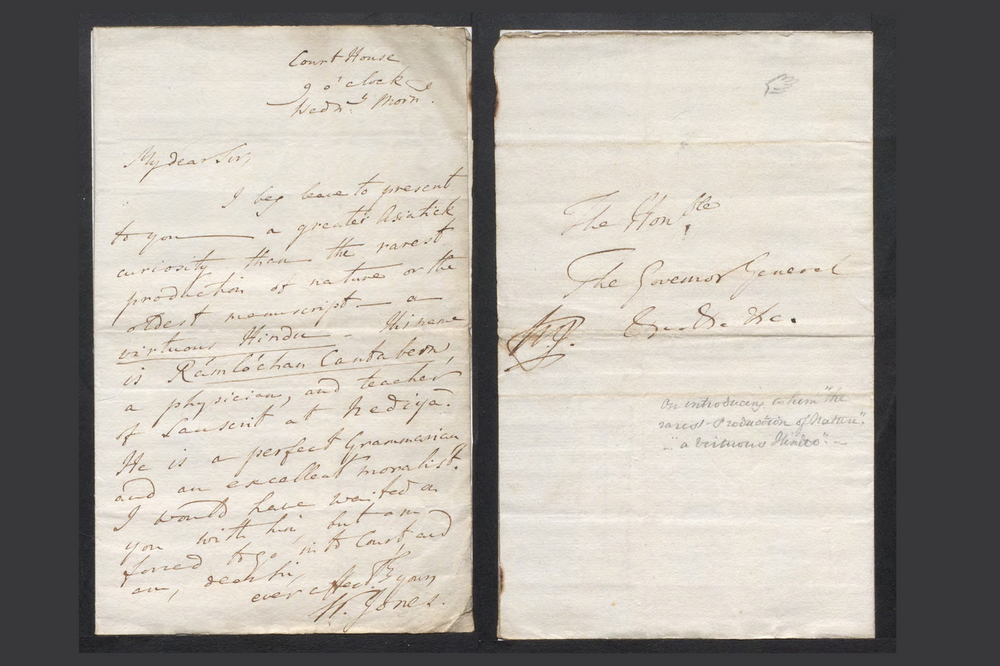 Life Is Full of Possibilities

Prof Ehrlich received his bachelor’s degree in history from the University of Chicago. He spent one term in France as an exchange student, which he says was the best part of his college life. So he always encourages his students to broaden their horizons by studying abroad.

Upon graduation, Ehrlich studied law at the University of California, Berkeley, for about a year, but he eventually realised that he didn’t enjoy that subject. So he decided to quit law school and resume his study of history. He feels fortunate to be able to do what he loves: teaching and research. As he always advises his students, ‘Life is full of possibilities, so it is important to find your true passion. Life is a never-ending learning process, and it is never too late to find a goal and work to achieve it.’