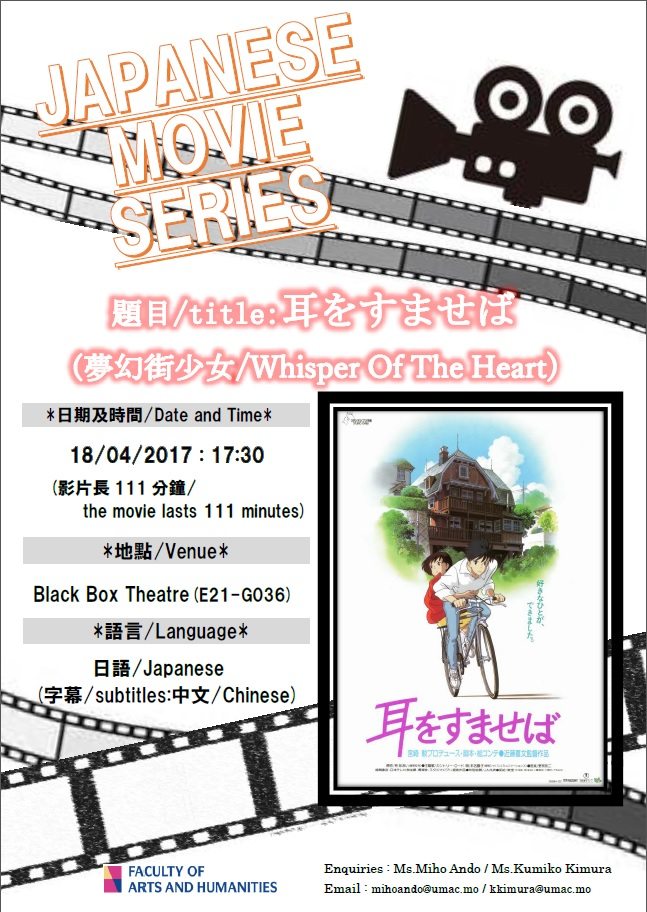 “Whisper of the Heart”

One summer evening in 1994, Shizuku Tsukishima, a junior high school girl living in Tama New Town, a Tokyo suburb, looks through the checkout cards in her library books and notices a pattern: Each book had previously been checked out by someone named “Seiji Amasawa”. The next day at school, Shizuku shows her friend Yuko a draft of the song she has been writing for graduation. On the way home, Shizuku realizes she left her book at the school. She rushes back, only to find a boy her age reading it. He hands it back to her and comments on her lyrics, calling them “corny” — which leaves her feeling irritable for the rest of the evening …

Whisper of the Heart, literally “if you listen closely” is a 1995 Japanese anime film directed by Yoshifumi Kondo. The film is based on the manga of the same name by Aoi Hiragi. The screenplay was written by Hayao Miyazaki. This is the first theatrical Studio Ghibli feature to be directed by someone other than Miyazaki Hayao.