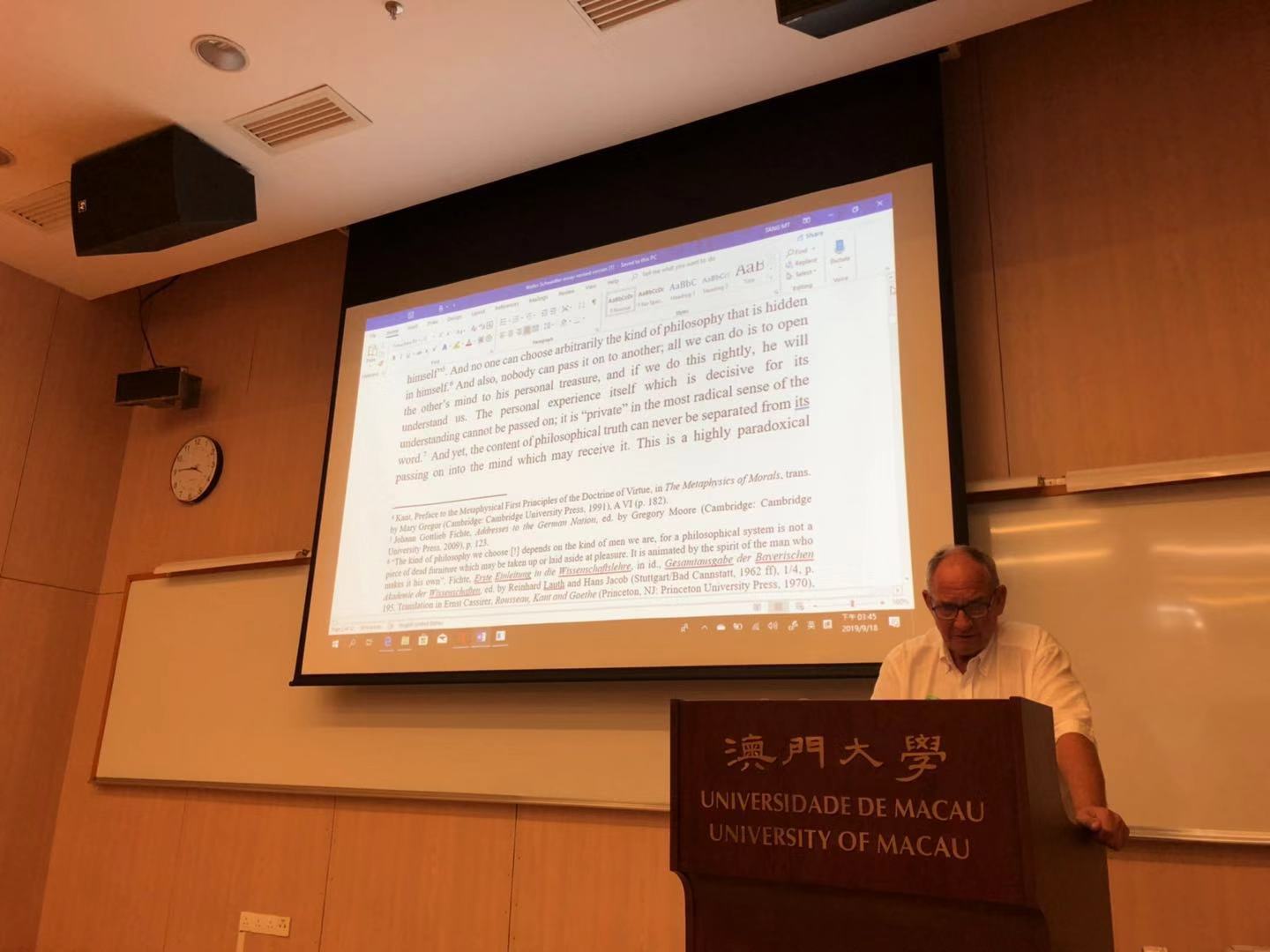 Phenomenologist and political philosopher, Prof. Walter Schweidler, paid a visit to University of Macau (UM) from Sep 17 to 19. He has given a talk and a conversation with faculties and researchers at UM.

Walter Schweidler is chair professor of Catholic University of Eichstaett-Ingolstadt. Invited by Prof. Wang Qingjie of the Faculty of Arts and Humanities (FAH), Prof. Schweidler delivered a lecture “Overcoming Metaphysics: A Fundamental Feature of 20th-Century Philosophy” in UM on Sep 18. This lecture examined the fate of metaphysics in the contemporary world. “Overcoming metaphysics” has been a common slogan in 20th century philosophy. However, if metaphysics,  as a pursuit of the foundation of scientific knowledge, belongs to the essence of human being (according to Kant), would the slogan of “overcoming metaphysics” ground scientific knowledge on a new metaphysics or nihilism? Or is this task even eliminated? According to Prof. Schweidler, it is this apparent paradox that invokes the reflection of the condition for us to carry out philosophical thinking and questioning. Metaphysics is therefore not a discipline but a questioning about the essence of language and the fundamental human form of life. Since a research concentration of the philosophy and religious programme at UM is the metaphysical foundation of intercultural philosophy, the Q&A section converges into the discussion of the role of culture and language in human metaphysical thinking. Professor Schweidler’s inspiring viewpoint is that one cannot separate between nature and culture in the first place. Although we live in different cultures, we can always understand each other by observing how we live in the same world. 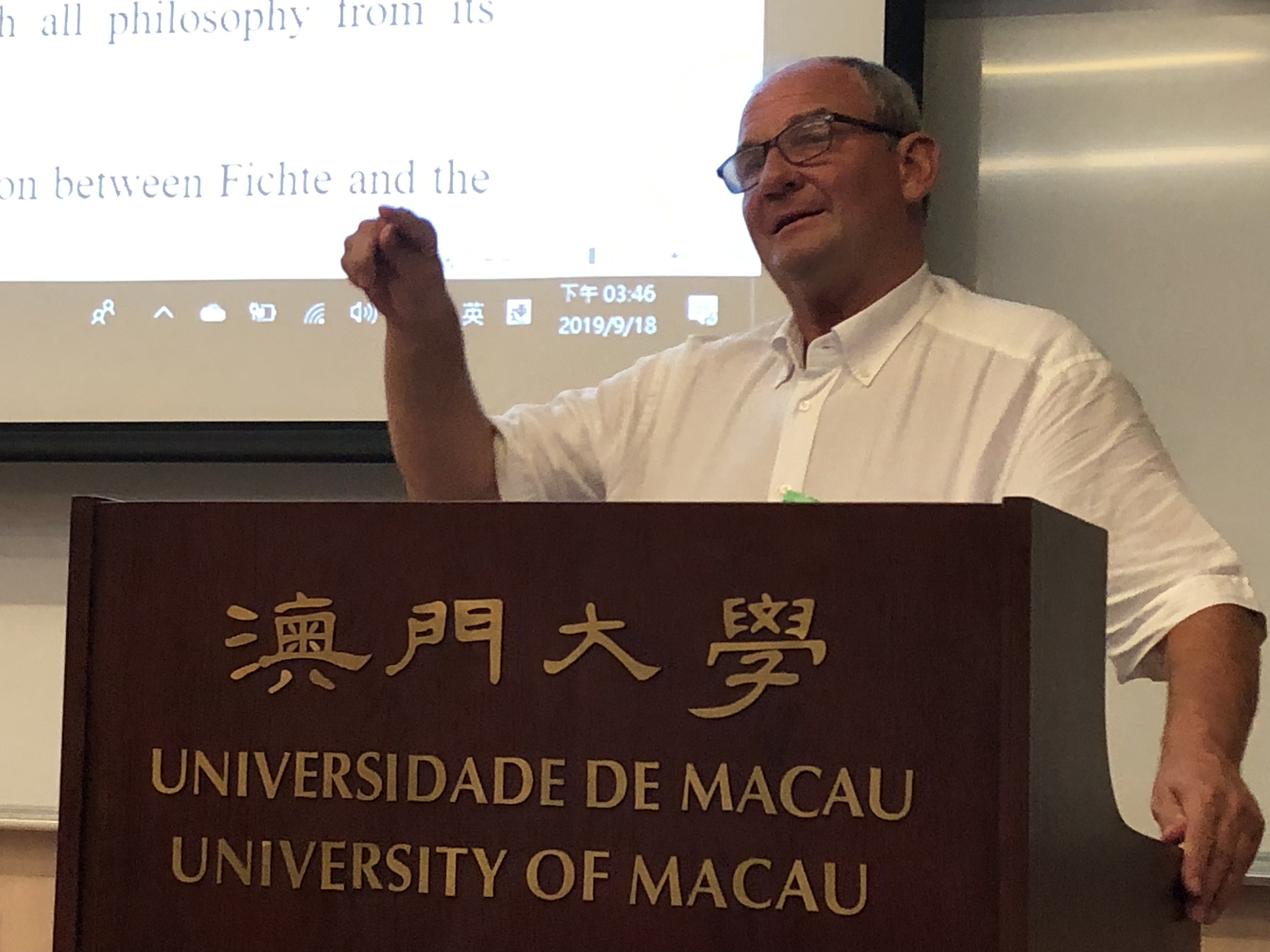 The visit of Prof. Schweidler is an instance of East and West cultural dialogue occurring in this multi-cultural city. Prof. Wang Qingjie and his team look forward to further cooperation in the future with Prof. Schweidler to promote Macau’s engagement in the philosophical dialogue with the rest of the world.