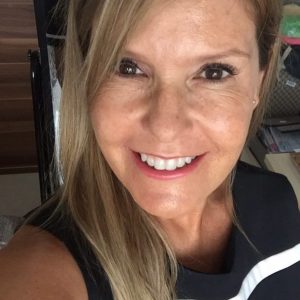 Database of Citation and Publications

The project aims to develop a multi-platform system (smartphone, tablet, notebook) for learning Portuguese as a Foreign Language (PFL) by Chinese learners. This platform will include several innovations, namely, the use of gamification features and its interactive, personalized and proactive behavior. In order to reach these objectives, state-of-the-art methodologies will be used from artificial intelligence, natural language processing (NLP) and computational linguistics: computational agents, lexical, syntactic and semantic analyzers, speech recognition and synthesis, as well as methodologies applied to language teaching and learning, indexed to the QECR 2008. Each user will have an avatar associated to its own profile, which will model the user in an automatic way based on the previous interactions, the challenges, the answers given and the skills to be acquired. The user can change his/her profile and the challenges.

The AuTema-ReOrgS is an interdisciplinary and multi-institutional project involving two distinct and complementary research areas: Linguistics and Informatics. This new project is based principally on the results and analyses of AuTema-Syntree, which focused on specifics parts of the syntactic structure of phrase, in the alignment of structures between Portuguese and Chinese; and the fixed/crystallized expressions also in the adverbials structures (time, local and modal). In that research, we identified inconsistencies in the automatic translation and we proposed syntactic rules, posteriorly implemented in PCT to adjust it. The results and tests showed us problems related to the structural organization of the parse trees. We concluded that, if the system could generate a structure that is better organized in terms of syntax,   other inconsistencies of automatic translation could be more easily solved. The main objective of project AuTema-ReOrgS is to develop a set of syntactic heuristics and rules based on synchronic restriction grammar to adjust some of the structural inconsistencies observed in the automatic translation output realized by PCT system. The set of heuristics and rules should be implemented in the PCT translator expecting to obtain an increase in the quality and performance of automatic translation. This new proposal has been elaborated, considering the results obtained in previously researches, developed on the scope of AuTema-Syntree project, which analyzed and proposed some syntactic rules to solve local inconsistencies in the sentence level as temporality, modality and localization adverbial structures. However, we observed, in a deep analysis of mirroring of structures in Chinese and Portuguese, several non- equivalences – organizational, syntactic and semantic – between the structures of source text and structures of target text, generated automatically by PCT. The inconsistencies generated in the automatic translation process are directly related to the organization of the translated structures, but implies globally the meaning of text. Considering the previous results, we believe that, if we solve the inconsistencies related to order and organization of structures, implement some syntactic heuristics and rules in PCT system, we can obtain a more approximate output to the human translation.

The AuTema-SynTree-Automation of Syntactic Trees in Chinese/Portuguese Structures – has a main purpose to solve the problem concerning the structural inconsistency of translated texts. The problem was evidenced in the project AuTema-Dis II (RG035/09-10S/ALL/FSH), after analyzed the automatically translated of corpus texts by the CPT / PCT (Chinese-Portuguese and Portuguese-Chinese Translation System), developed by the FST/DCIS research group. In this sense and in order to overcome this gap, we elaborated a new research proposal to be developed, the project AuTema-SynTree. Therewith, it is expected the manipulation of syntactic structures, generated as a result of the automatic translator CPT/PCT application. The complementary part in the syntactic structure of the system AuTema-Dis II is important, because the translator process of texts from Chinese to Portuguese is the first step to be performed by the system and  its outcome reflected in the  implementation and progress that  to be performed by the system and its outcome reflected in the implementation and progress of execution. As we appointed, in the manual analysis of all translations performed automatically by the PCT, which it’s necessary adjusting, remodeling and refining the rules and heuristics of syntactic nature that constitute the machine translation system, which will provide a more appropriate result and consistent with the other steps of analysis AuTema-Dis II.  Predicting, specifically, that the AuTema- SynTree analysis and generation of syntactic dependency trees, mirroring between the Chinese and Portuguese, seeking a structural equivalence. Comprehensively, this project will provide an adjustment in machine translation system PCT / CPT, and the output generated at different stages of the system AuTema-Dis II, and in your own field, the AuTema-SynTree will describe a context free grammar for the structures of Chinese and Portuguese, which is important to the translation systems.

In our ongoing research projects, AuTema-Dis II and AuTema-Syntree, comparative analysis of text output showed similar syntax structure inadequacy in target-texts translated by human and machines. Taking into account the increase of human translation activities mediated by and enacted in the context of human-computer interaction, in AuTema-Post- Editing we will examine, under controlled experimental conditions, the process and final output of human translated text as compared to human post-editing of machine translated texts by Portuguese-Chinese Translation System (PCT). The translation and post-editing tasks will be performed by twelve professional translators, from Chinese into Portuguese and their performance will be recorded using Translog 2011, a tool for monitoring and collecting keystroke and gaze data during translation. The task requirement – translation and post-editing of identical texts randomly divided between the participants – will guarantee the compatibility of input and output patterns at a certain level of structure and make it possible to compare and interpret output and input in terms of the complementary pair: comprehension and production, specifically in more complex language structures, as inferred from fixation duration. The purpose of this basic research is to examine human translator performance in a post-editing environment in order to identify reading and production patterns that can inform the development and optimization of effective operations by the PCT system in human-machine interaction.

The Autema-Dis II project aims to follow up on the doctoral research work carried out at the University of Évora (Portugal) between 2004 and 2009. AuTema-Dis I1 resulted from an interdisciplinary study, which involved two distinct areas (Linguistics and Computer Science) and proposed two components:

It is the aim of the Autema-Dis II project to develop and implement new methodological steps within the two basic components: methodological and practical. The new steps will be incorporated in order to perform automatic analysis of texts translated from the Chinese Language to Portuguese, following the same procedural steps of Autema-Dis I for textual corpora of Brazilian Portuguese and European Portuguese. The automatic translator used to perform the translation of texts will be CPT / PCT (Chinese- Portuguese and Portuguese-Chinese Translation System2), developed by the FST / DCIS3 research group.

[2] FST/DCIS – Faculty of Science and Technology – Department of Computer and Information Science.

Conference Papers and Other Presentations