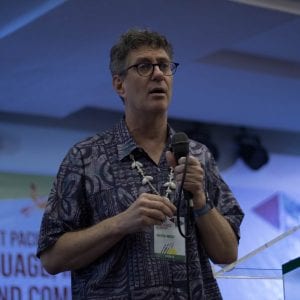 Head of Department of English

Andrew Moody is a sociolinguist and specialist in ‘world Englishes’ who publishes extensively on two topics: (1) language in Macau and (2) English in popular culture.

Currently Andrew is working on a book-length monograph entitled Macau and the Sociolinguistics of Small Societies: English and Multilingualism in Education and Society (contracted with Springer, expected 2020/2021).

He is the editor of the SSCI (WoS) journal English Today (Cambridge).

The University of Kansas, USA (PhD in English)

Currently I am developing a research specialisation in ‘world Englishes’ and ‘English in popular culture’. My research objectives over the next 3–5 years are to continue to pursue high-quality publication in world Englishes by looking at Macau as a case study (e.g., a book-length monograph was published in April 2021) and to work on indexed journal articles in popular culture with a view to several monograph publications (e.g., a monograph is currently in preparation and due to be publish in 2022 or 2023). 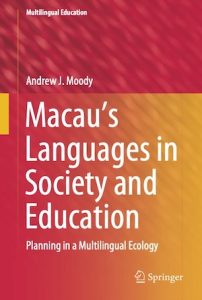 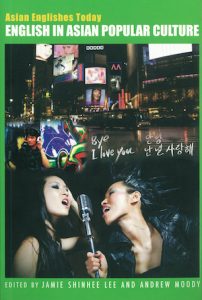 The video below introduces Andrew’s course ENGL3014 ‘World Englishes’ (a ‘signature course’ in the Faculty of Arts and Humanities):

In the two years between completion of his MA at the University of Louisville and beginning the PhD at the University of Kansas (i.e. 1989-1991), Andrew taught as a ‘Foreign Expert’ (外國專家) at the Beijing Second Foreign Language Institute (北京第二外國語學院), aka Beijing International Studies University.

After completing the PhD in 1997, Andrew took a post as an Assistant Professor at Nagoya University of Commerce and Business Administration (名古屋商科大学) in Nagoya, Japan.

Andrew joined the Department of English at the University of Macau in September 2003.

Since 2003 he has been actively involved in research projects using the International Corpus of English (ICE) corpora, especially the Hong Kong English corpus. He has also conducted the following funded research projects:

Andrew is a lifetime member of the International Association of World Englishes (IAWE).

He is also a member of the following professional organisations:

Conference Papers and Other Presentations

(Unless noted otherwise, all presentations are single-authored by Andrew Moody. ‘Presentation Files’ are available as pdf or movies for some presentations.)