Child socialization and endangered languages: The 5th Bentobox Lecture of 2018-2019

Home/Posts/News/Child socialization and endangered languages: The 5th Bentobox Lecture of 2018-2019 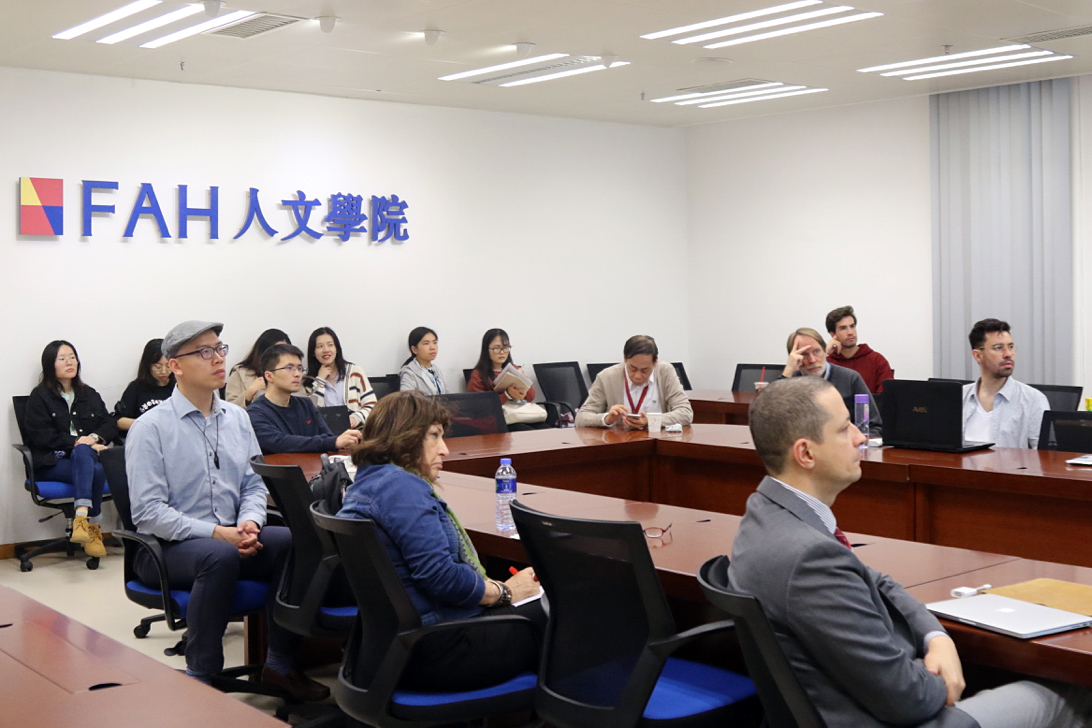 The fifth FAH Bentobox session of the 2018-2019 academic year was held in our Faculty on the 14th March. The session attracted over 30 participants who brought many interesting questions and contributed to fruitful discussions. This time we had Profs. Younhee Kim (English) and Gabriel Antunes de Araújo (Portuguese) as speakers. 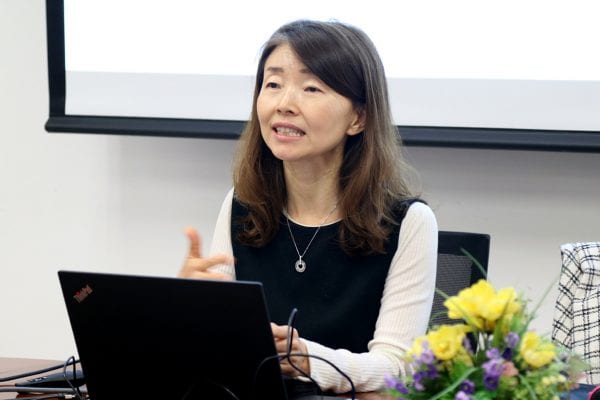 Prof. Kim’s paper explored aspects of language (L2) socialization in parent-child interactions. She explained that L2 acquisition is not a purely cognitive process, but also a practical activity where identity and culture figure in the entire context of learning.  Based on Prof. Kim’s data presented for analysis, if a child speaks two languages at the same time, both languages become an inextricable part of his/her cultural and social world. Consequently, it is through participation that children acquire the social and linguistic competences to participate in their communities. Moral order also plays a very important part in the process, since it is oriented to and reproduced by children in their daily interaction with their parents and other members of the society. Prof. Kim presented three clips collected from her database of over 60 recordings of parent-child interactions. During the analysis, Prof. Kim showed how occasions for moral lesson arise in mundane activities such as storybook reading, or doing a worksheet. Those occasions arise through triggered remembrance of shared memory, extra-textual talk in book reading or the routine today narrative that starts with the parent’s question of “how was your day?” “what did you do today?”. Sometimes, the underlying reasoning embedded in interaction is topicalized and made available in talk. Other times, though it is not explicitly topicalized, close examination of interactional details reveals that both the parent and the child orient to it.  Based on the data presented, Prof. Kim concluded that the way adults articulate questions influence children’s sense of what is at issue and which stories are ‘tellable’ during a jointly produced social event. Hence, parent-child interaction is a site to impart social and moral knowledge as well as to establish mutual orientation to this moral order. 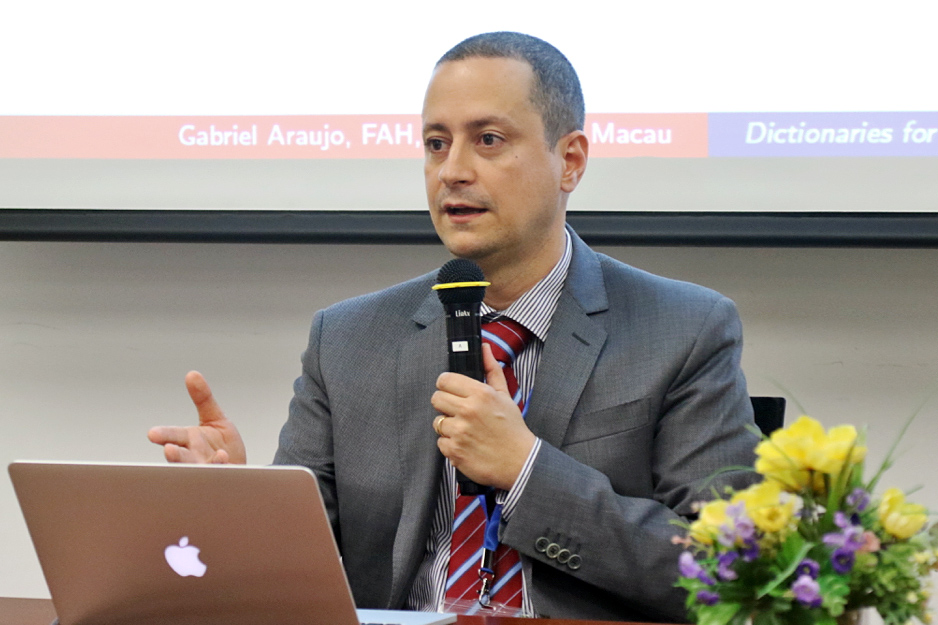 Prof. Araujo talk focused on the documentation of endangered languages through the production of dictionaries. He explained that people speak an L1 by chance, but can choose to speak or be forced to speak an L2. Based on this, the issue that Prof. Araujo pursed in his presentation was: “why do people abandon their native languages and start to speak another one?” According to Prof. Araujo’s observations, the intergenerational mode of language transmission is not the only way to disseminate and popularize the use of a language. There are other ways to do so such as in peer transmission, where people start to use another language at school, work, or with friends. For this reason, the survival of a language is closely intertwined with the level or status that this language occupies in the society; e.g. if this language is an ‘official’ language of a country and the vehicle of instruction at schools and universities. Prof. Araujo showed that 40% of the whole world population only speaks 10 languages, although there are about 7,200 languages in the world. This scenario provides us with the idea that 50-65% of the world’s languages are ‘endangered’ and, for this reason, documentation of less spoken languages is urgent. Prof. Araujo shared his experience in working with the documentation of one of those less spoken languages, the Lung’Le, a Portuguese-based creole spoken in the island of  Principe, in the Democratic Republic of Sao Tome and Principe.  Prof. Araújo is a member of the team who elaborated a Portuguese-Lung’Le bilingual dictionary and shared with us how difficult is the task of documenting a language without a writing system. He explained that one has to be extremely careful to find and organize dictionary entries, since this work requires a very diversified knowledge in terms of phonetic description, syntax and cultural aspects present in the speaking community of that language. Prof. Araujo concluded by saying that the work of language documentation, although complex, is extremely important, and even necessary since the death of a language is an irrecoverable loss to mankind.

This was the second Bentobox of the spring semester of 2018-2019. The next one will be held on 18 April, with Ms. Joana Marques (Postdoctoral fellow at the Dept. of Portuguese) and Ms. Veronica Valle (PhD student from Philosophy and Religious Studies Program) as speakers. Ms. Marque’s talk is titled: “Seeing by proxy: analyzing guide-visitor interactions in astronomical observatories”; and the title of Ms. Valle’s talk is: “Understanding perception through misperception”.

Looking forward to seeing you there!