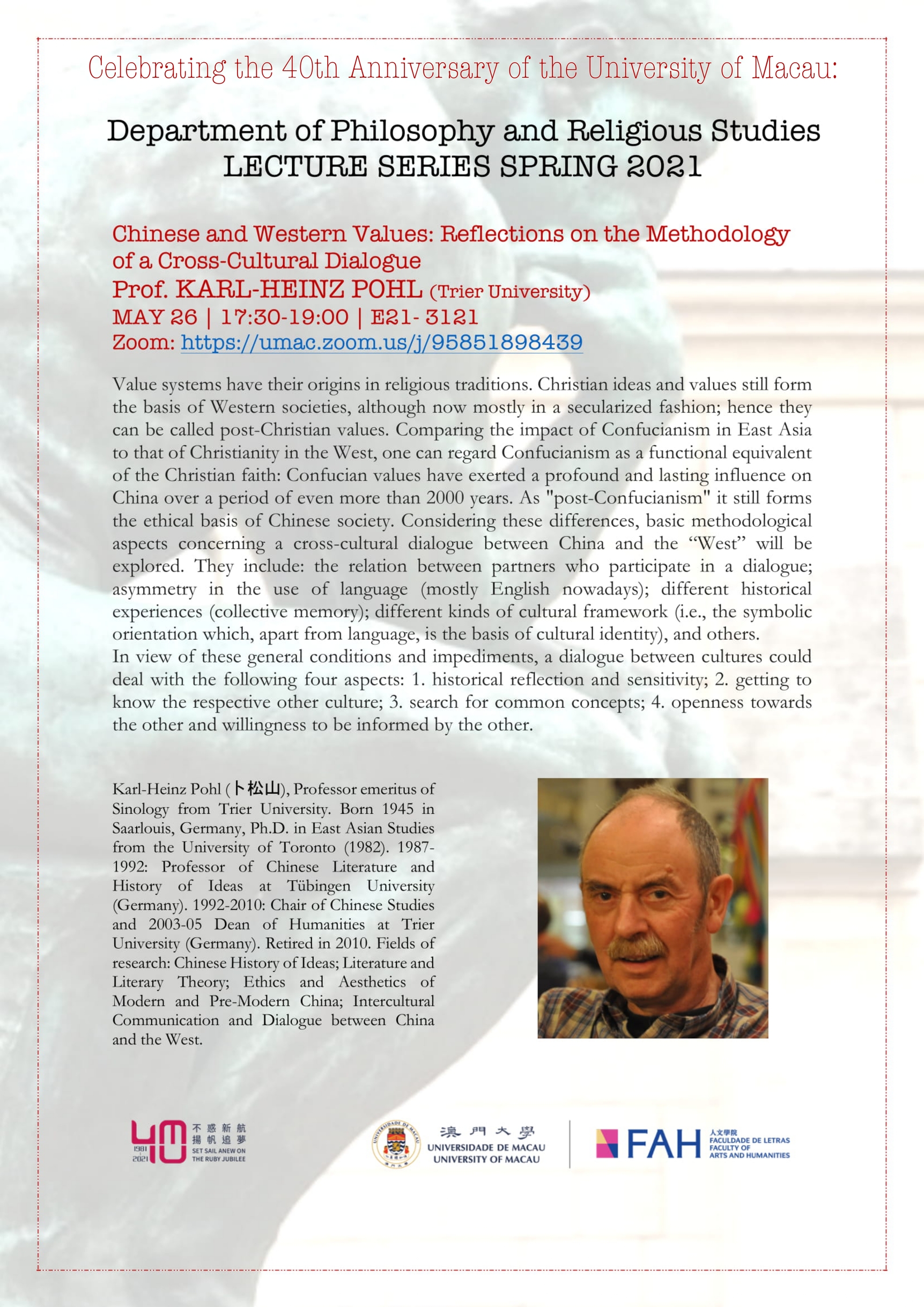 Celebrating the 40th Anniversary of the University of Macau: FAH/DPHIL Lecture Series – “Chinese and Western Values: Reflections on the Methodology of a Cross-Cultural Dialogue” by Prof. Karl-Heinz Pohl, Trier University, Germany

Value systems have their origins in religious traditions. Christian ideas and values still form the basis of Western societies, although now mostly in a secularized fashion; hence they can be called post-Christian values. Comparing the impact of Confucianism in East Asia to that of Christianity in the West, one can regard Confucianism as a functional equivalent of the Christian faith: Confucian values have exerted a profound and lasting influence on China over a period of even more than 2000 years. As “post-Confucianism” it still forms the ethical basis of Chinese society.

Considering these differences, basic methodological aspects concerning a cross-cultural dialogue between China and the “West” will be explored. They include: the relation between partners who participate in a dialogue; asymmetry in the use of language (mostly English nowadays); different historical experiences (collective memory); different kinds of cultural framework (i.e., the symbolic orientation which, apart from language, is the basis of cultural identity), and others.

In view of these general conditions and impediments, a dialogue between cultures could deal with the following four aspects: 1. historical reflection and sensitivity; 2. getting to know the respective other culture; 3. search for common concepts; 4. openness towards the other and willingness to be informed by the other.