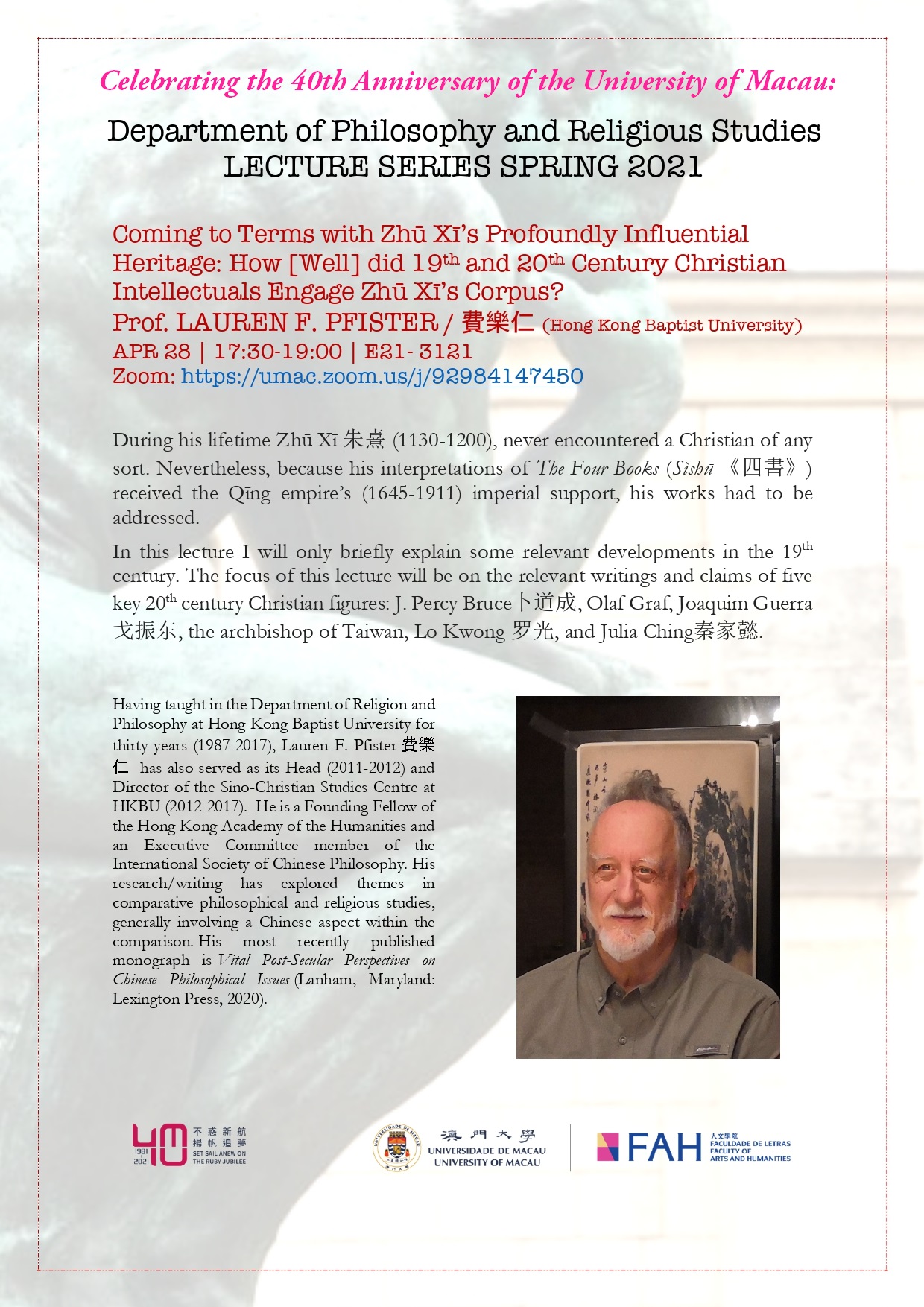 During his lifetime the Sòng dynasty Rú scholar, Zhū Xī 朱熹 (1130-1200), never encountered any person who was associated with Christian traditions. Nevertheless, the immense cultural and intellectual influences of his school of Principle-centered Learning (Lǐxué理學) became a dominant force in the development of Ruist (“Confucian”) traditions in later dynasties.  During the Qīng empire (1645-1911) Zhū Xī’s interpretations of The Four Books (Sìshū 《四書》) – texts that he created in the 1170s in ways that were innovative and controversial – became the imperially authorized interpretive standards for Ruist education.  With that unusual affirmation of the value of some of his extensive corpus, studies in Zhū Xī’s works became central to the development of Qīng imperial ideology and the alternative Ruist traditions that developed particularly in both the Míng and Qīng dynasties and then subsequently in the post-traditional settings of Republican China and Communist China during the 20th century.

How well did Christian Intellectuals handle the complex and massive corpus of Zhū Xī’s intellectual heritage in the 19th and 20th centuries?  I will explain how pre-19th century figures did not really comprehend Zhū Xī’s claims, but starting in the early 19th century, some new and critically informed studies began to appear in Russian, and later in English, French and Latin.  Among these were important interpretive efforts inherent in the Ruist canonical translation projects produced by missionary-scholars that deserve special notice:  those produced by Nikita Y. Bichurin 比丘林 (1777-1852), James Legge    理雅各 (1815-1897) and Séraphin Couvruer  顧賽芬 (1835– 1919).  There were also some studies produced in the 19th century by notable Christian intellectuals that were problematic and sometimes incoherent, which will be only briefly introduced.  Nevertheless, in the 20th century a number of major translation and interpretation efforts of various parts of Zhū Xī’s corpus by Christian intellectuals – including those who vehemently opposed Zhū Xī’s worldview and values – were produced in Chinese, English, French, German, and Portuguese.  An overview of those 20th century studies, with some indication of the nature and claims of the most influential interpretations, will be offered for consideration, assessment, and debate.