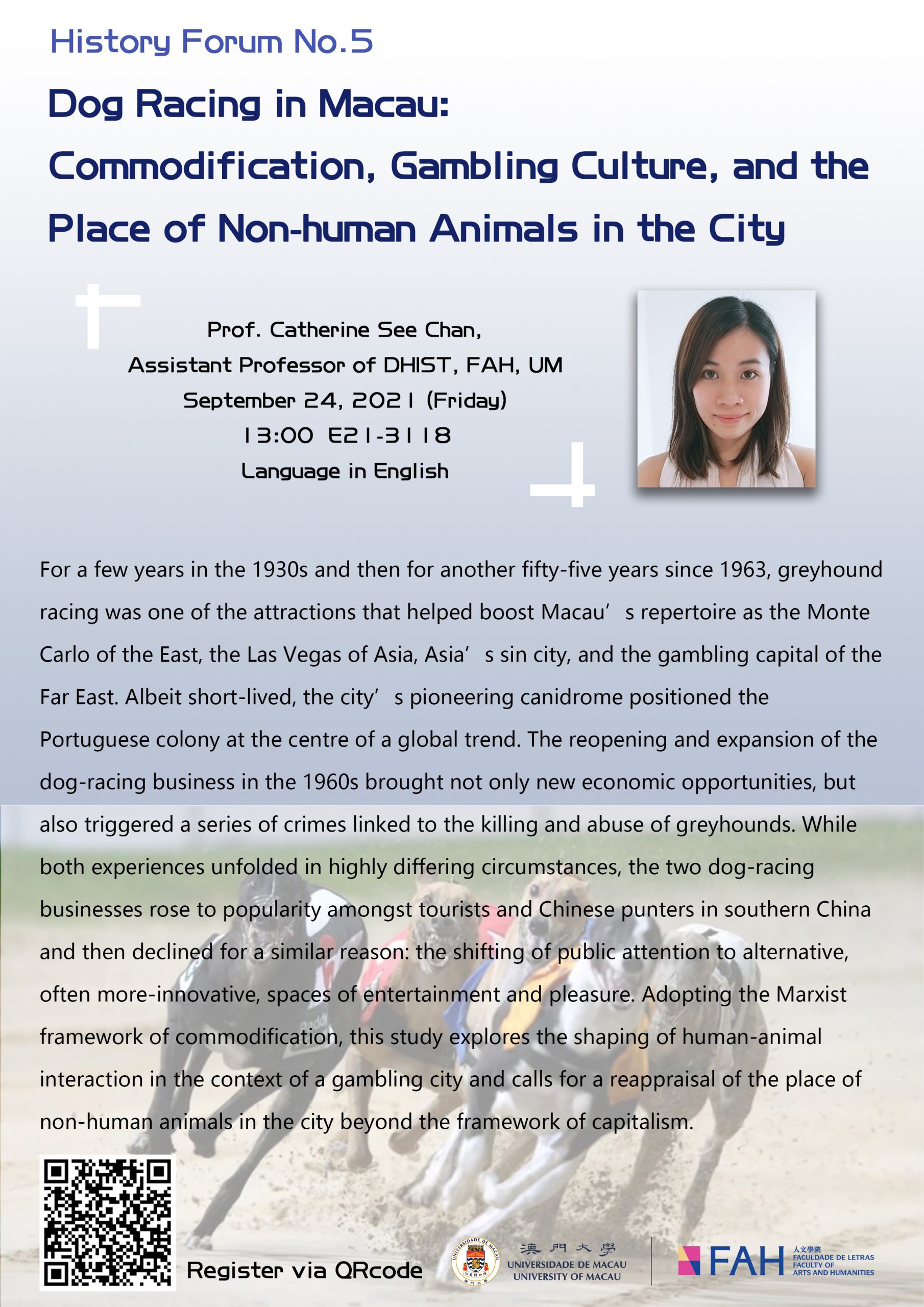 For a few years in the 1930s and then for another fifty-five years since 1963, greyhound racing was one of the attractions that helped boost Macau’s repertoire as the Monte Carlo of the East, the Las Vegas of Asia, Asia’s sin city, and the gambling capital of the Far East. Albeit short-lived, the city’s pioneering canidrome positioned the Portuguese colony at the centre of a global trend. The reopening and expansion of the dog-racing business in the 1960s brought not only new economic opportunities, but also triggered a series of crimes linked to the killing and abuse of greyhounds. While both experiences unfolded in highly differing circumstances, the two dog-racing businesses rose to popularity amongst tourists and Chinese punters in southern China and then declined for a similar reason: the shifting of public attention to alternative, often more-innovative, spaces of entertainment and pleasure. Adopting the Marxist framework of commodification, this study explores the shaping of human-animal interaction in the context of a gambling city and calls for a reappraisal of the place of non-human animals in the city beyond the framework of capitalism.