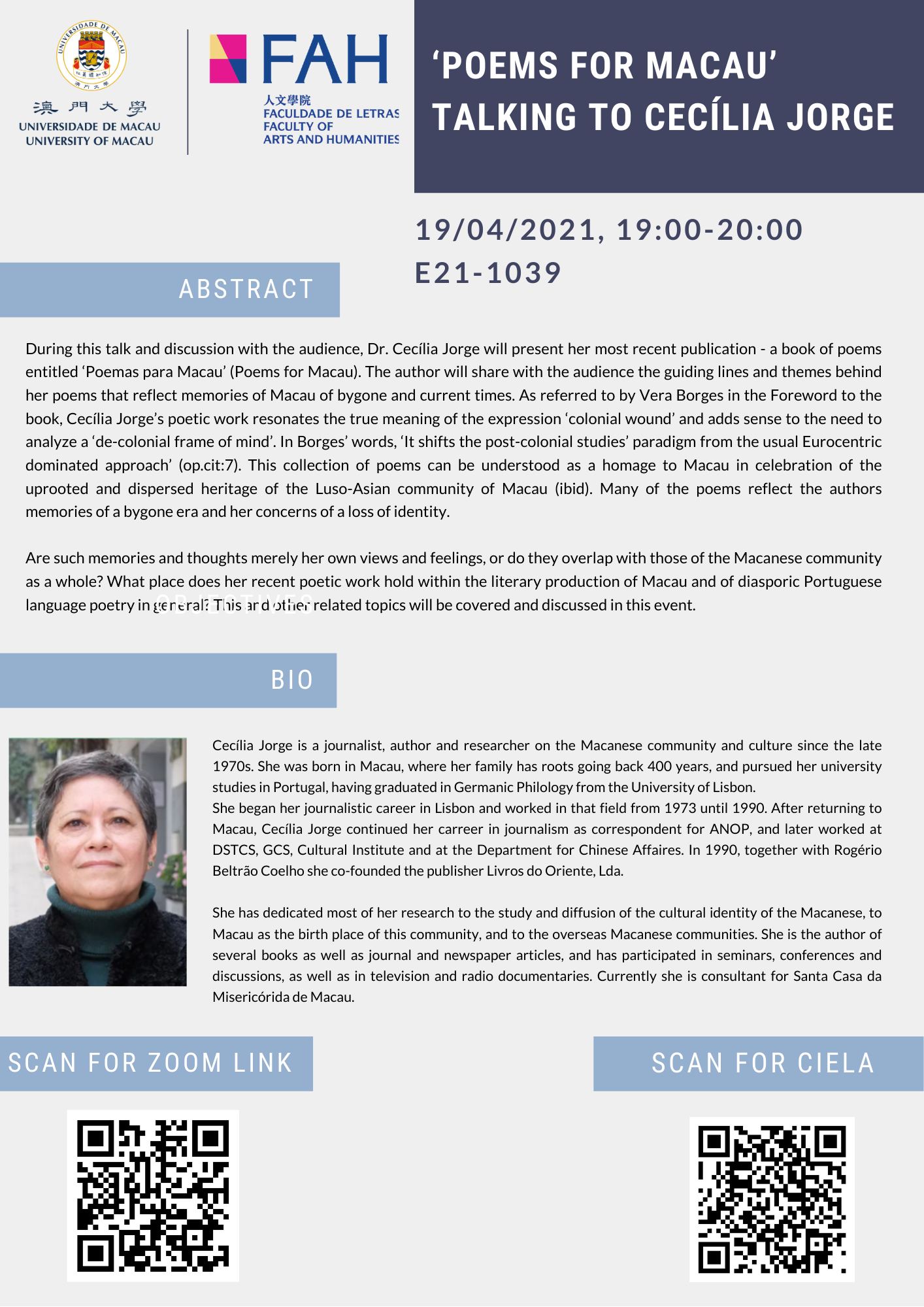 The Research Centre for Luso-Asian Studies (CIELA) is pleased to announce its upcoming event – a talk given by Dr. Cecília Jorge on her most recent publication, a book of poems entitled ‘Poemas para Macau’ (Poems for Macau). During this session held at the Faculty of Arts (University of Macau) and simultaneously online, the author will share with the audience the guiding lines and themes behind her poems that reflect memories of Macau of bygone and current times.

Are such memories and thoughts merely her own views and feelings, or do they overlap with those of the Macanese community as a whole? What place does her recent poetic work hold within the literary production of Macau and of diasporic Portuguese language poetry in general? This and other related topics will be covered and discussed in this event.

The talk and Q&A session is open to all those interested, both in loco as well as via the webinar session on ZOOM. 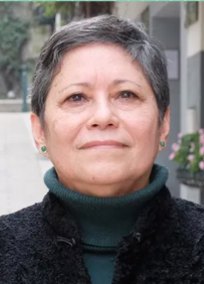 Short Bio of the invited author:

Cecília Jorge is a journalist, author and researcher on the Macanese community and culture since the late 1970s. She was born in Macau, where her family has roots going back 400 years, and pursued her university studies in Portugal, having graduated in Germanic Philology from the University of Lisbon.

She began her journalistic career in Lisbon and worked in that field from 1973 until 1990. After returning to Macau, Cecília Jorge continued her carreer in journalism as correspondent for ANOP, and later worked at DSTCS, GCS, Cultural Institute and at the Department for Chinese Affaires. In 1990, together with Rogério Beltrão Coelho she co-founded the publisher Livros do Oriente, Lda.

She has dedicated most of her research to the study and diffusion of the cultural identity of the Macanese, to Macau as the birth place of this community, and to the overseas Macanese communities. She is the author of several books as well as journal and newspaper articles, and has participated in seminars, conferences and discussions, as well as in television and radio documentaries. Currently she is consultant for Santa Casa da Misericórida de Macau. 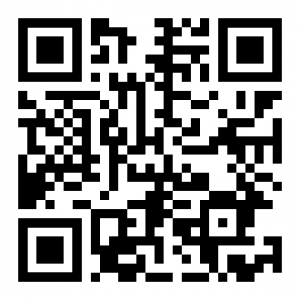 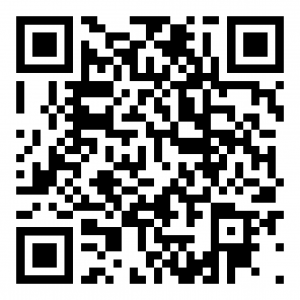