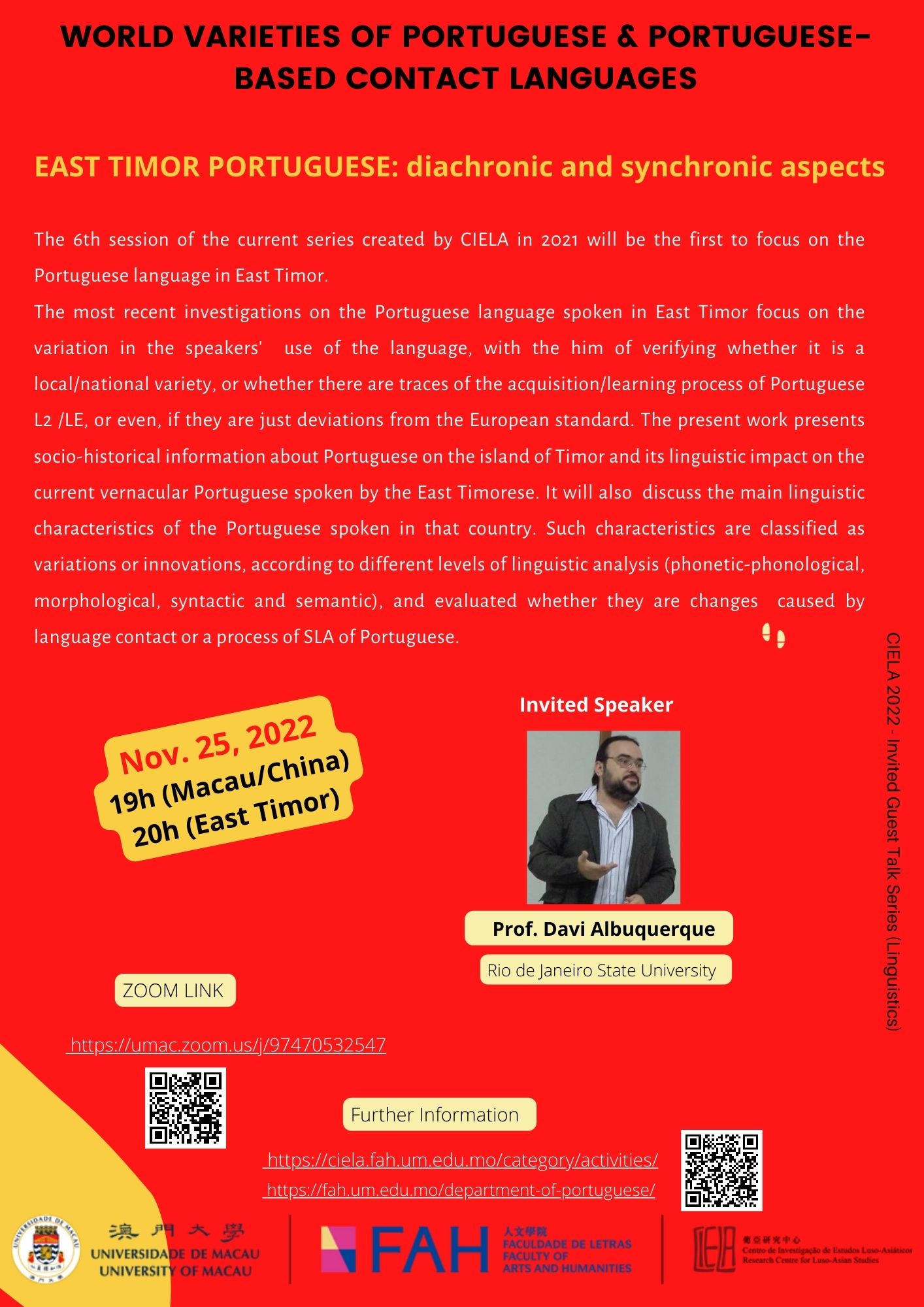 The Research Centre for Luso-Asian Studies (CIELA) is pleased to invite all those interested to the Seminar  “East Timor Portuguese: diachronic and synchronic aspects”, by Prof. Davi Albuquerque being held on November 25, 2022, at 7:00pm, via Zoom.

The Democratic Republic of Timor-Leste was the first nation to gain independence in the 21st century. Located in Southeast Asia, part of the island of Timor was a Portuguese colony from the 16th century until 1974. After that period, it suffered Indonesian domination that lasted until 1999. In 2002, it became an independent nation and elected the Portuguese language as one of the official languages, alongside Tetum-Praça, a lingua franca spoken by most of the population. The most recent investigations on the Portuguese language spoken in Timor-Leste focus on the variation in the production of speakers, in order to verify if it is a local/national variety, or if there are traces of the process of acquisition/learning of Portuguese L2 /LE, or even if they are just deviations from the European standard. The present work presents socio-historical information about Portuguese on the island of Timor and its linguistic impact on the current vernacular Portuguese spoken by East Timorese, as well as discusses the main characteristics of Portuguese spoken in that country. Such characteristics are classified as variations or innovations; separated into different levels of linguistic analysis (phonetic-phonological, morphological, syntactic and semantic); and evaluated whether they are changes in language contact or in the acquisition of Portuguese L2.

The session will be entirely conducted in Portuguese 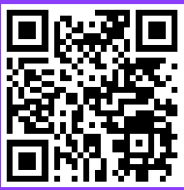