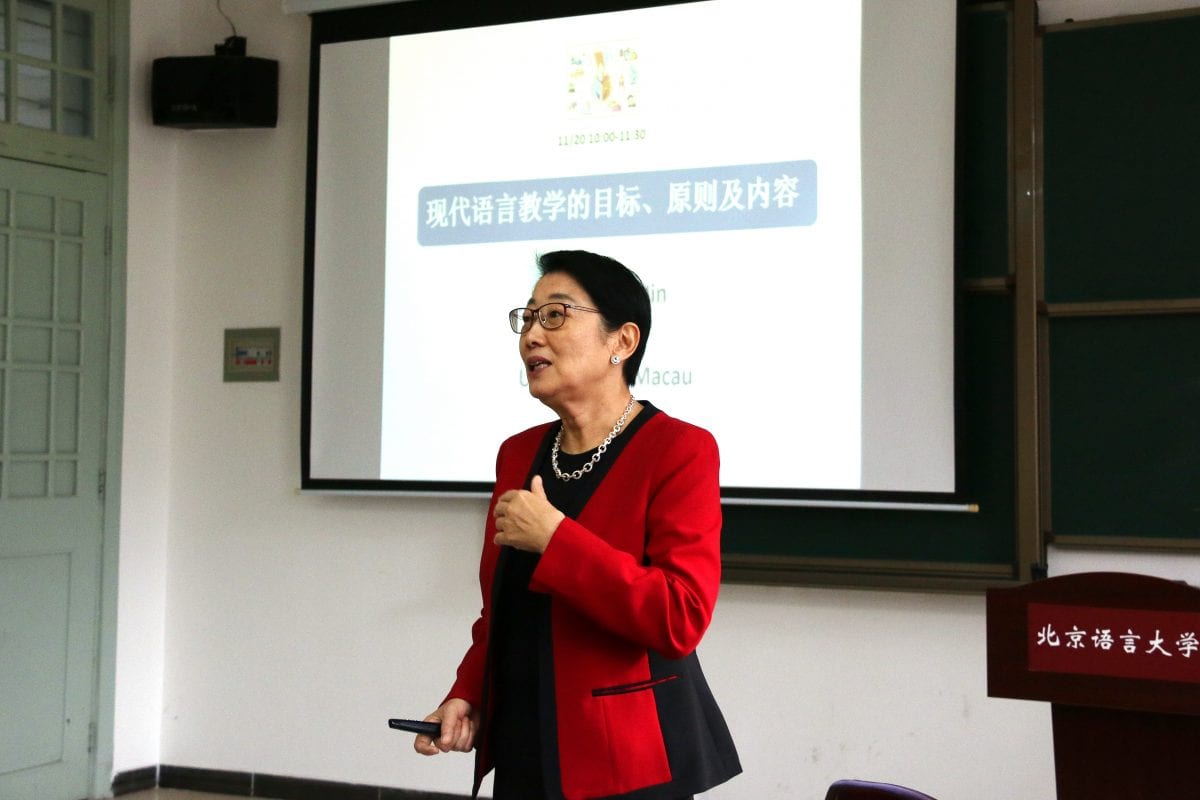 On 20th November 2018, Prof. Honggang Jin, Dean of Faculty of Arts and Humanities (FAH) visited the Faculty of Humanities and Social Society, Beijing Language and Culture University (BLCU) as well as School of Chinese Language and Literature, Beijing Foreign Studies University. Prof. Jin was invited respectively by two Universities to give a lecture titled “The Goal, Principle and Content of Modern Linguistics” at BLCU, and titled “From Research of Chunk to Chinese Teaching Based on Pedagogical Patterns”. Prof. Jin, as a world-renowned distinguished scholar with wide and far-reaching academic achievements in the Second Language Acquisition (SLA) field, who once had been the president of Chinese Language Teachers Association, President of National Council of Less Commonly Taught Languages (NCOLCTL), chair of the AP Chinese development Committee by College Board in the US, had received 6 major federal and private grants, and had obtained 5 years of STARTALK teacher development grants to develop innovative programs in China and in the US, named the 1998 CASE National Outstanding Baccalaureate College Professor of the Year. She also received Hamilton’s 1963 Award of Teaching Excellence in 1996. In 2013 she was the recipient of NCOLCTL Walton Lifetime Achievement Award.

After the lectures, Prof. Jin respectively had a discussion with the leaders of the Faculty of Humanities and Social Society, and with the leaders of School of Chinese Language and Literature, talked about future student exchange program and academic cooperation between two faculties.