Home/Posts/Department of History, News/FAH professor appointed member and academic advisor of Association for the Studies of the History and Culture of Macao 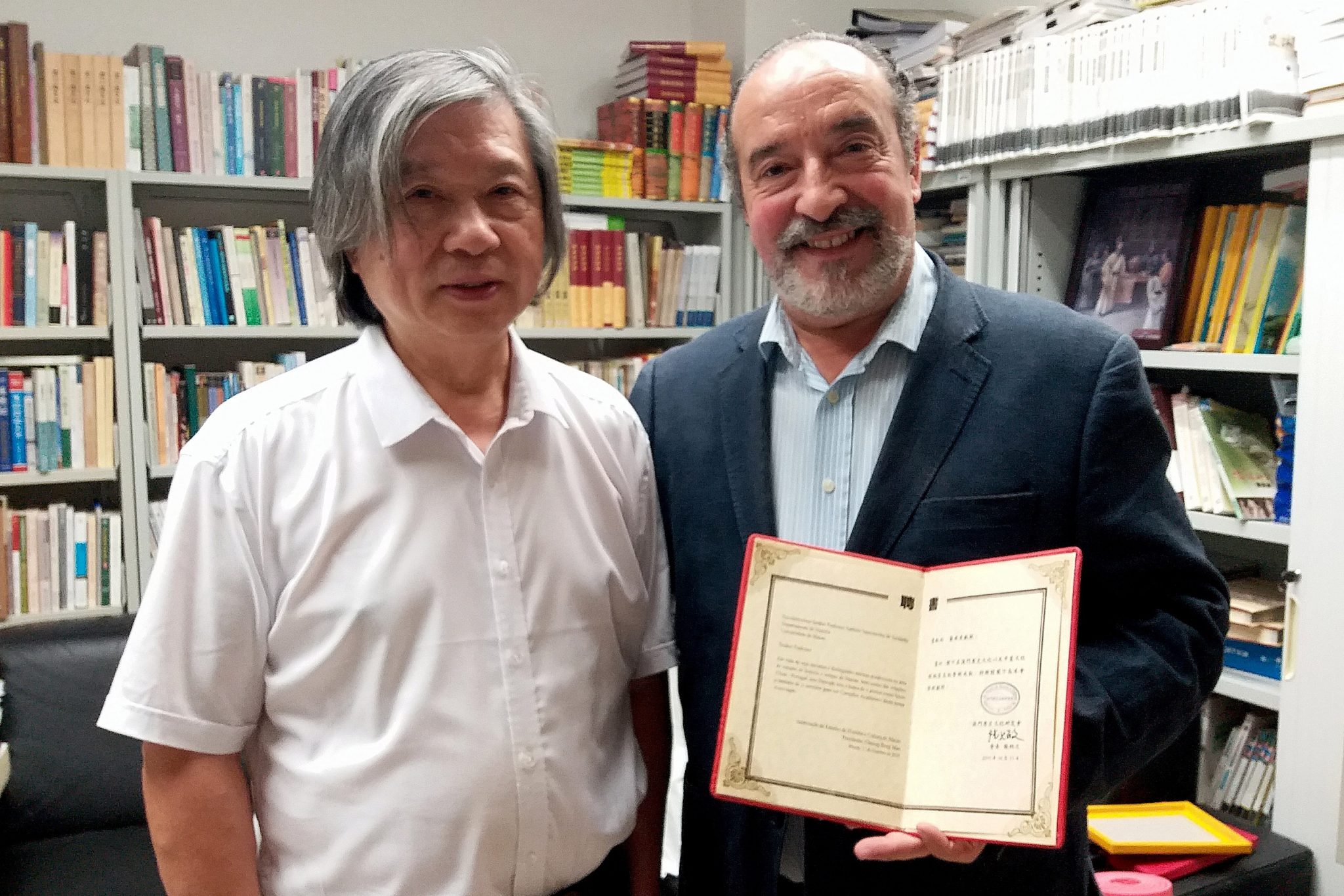 Prof António Vasconcelos de Saldanha of the Department of History, Faculty of Arts and Humanities, University of Macau (UM), has been appointed a member and academic advisor of the prestigious Association for the Studies of the History and Culture of Macao. Prof Saldanha is the first non-Chinese scholar to receive this honour.

Prof Saldanha has published many books on the history of Macao and Sino-Western relations. Focusing on legal, institutional and diplomatic aspects, he has written many landmark books in the field, several of which have been translated into Chinese. Recently, he was invited by the Education and Youth Affair Bureau to review history-related content in the textbooks used in all secondary schools in Macao. In the words of Cheong Beng Man, president of the association, Prof Saldanha’s appointment is in recognition of his ‘high and distinguished academic merits in the areas of history and culture of Macao and Sino-Portuguese relations’.

Prof Saldanha is a scholar of international renown. His ties with UM dates back to the 1990s when he served as a visiting professor in the Faculty of Law. He joined the Department of History’s faculty team in 2011. Between 2002 and 2005, he served as the consul-general of Portugal in Macao and Hong Kong for cultural affairs and the president of the Portuguese Institute of the Orient (IPOR in its Portuguese acronym).