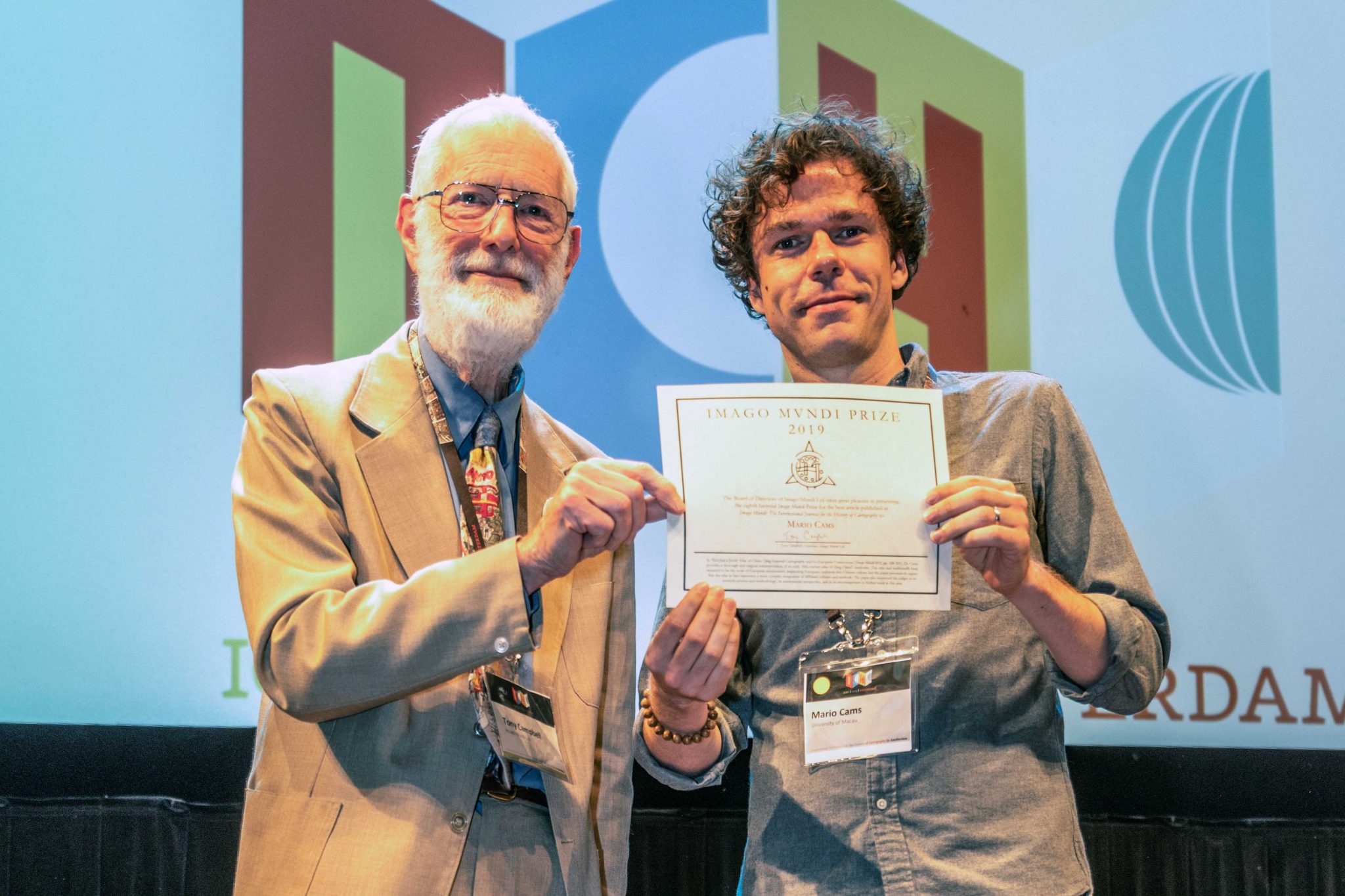 Mario Cams, an assistant professor from the Department of History,  Faculty of Arts and Humanities, University of Macau (UM), received the Imago Mundi Prize 2019 at the International Conference for the History of Cartography in Amsterdam, the Netherlands, for his paper titled  ‘Not Just a Jesuit Atlas of China: Qing Imperial Cartography and Its European Connections’.

The Imago Mundi Prize is awarded every two years to honour the Imago Mundi article judged to have made the most significant contribution to the discipline. Cams’ article challenges longstanding views that the Qing court in the eighteenth century merely adopted European techniques of mapmaking. The paper argues that the maps it produced were based on hybrid techniques, mixing established court practices with those developed by the French Academy of Science. As a result, in the 1710s and 1720s, Qing officials and European Jesuit missionaries in Beijing together facilitated the largest mapping project based on land surveying that the world had ever seen.

The article was part of Cams’s research projects, which focus on global exchanges in geographic knowledge and mapmaking technologies in the 17th and 18th century.