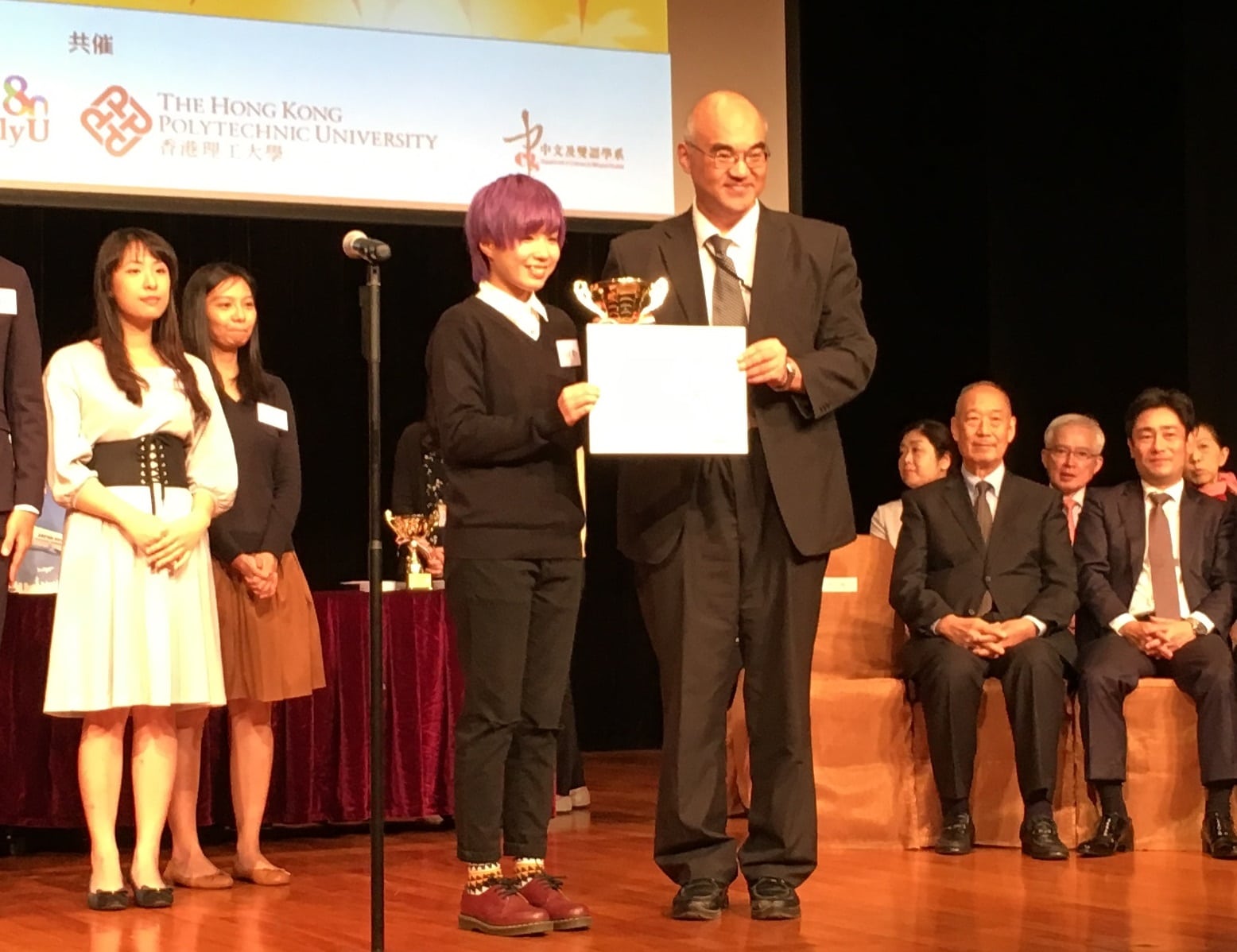 Leong Wong Ian, a third-year student of Japanese studies from the University of Macau (UM), recently won the championship at the 42nd Japanese Speech Contest held in Hong Kong.

Leong’s speech focused on the importance of Japanese honorific expressions. Based on her experiences, she illustrated her views on the language’s complex honorific system in a unique and interesting way. Her performance received unanimous applause from the judges and members of the audience.

Leong’s instructor is Kumiko Kimura. Under her guidance, Leong started to receive intensive training on pronunciation and facial expression two months before the contest. Leong says that UM provides a very good environment for language learning because most of the instructors in the department are from Japan and Japanese is the main medium of instruction. She believes that it is important to be a self-driven learner when learning a new language, and one of the best ways to learn a language is to speak it. She thinks UM’s multilingual environment provides an excellent platform for students to practice speaking foreign languages.

This year marks the 55th anniversary of the Japan Society of Hong Kong. Organised by the society and held in Chiang Chen Studio Theatre of the Hong Kong Polytechnic University, this year’s competition attracted 14 students from Hong Kong, Macao and Guangdong.