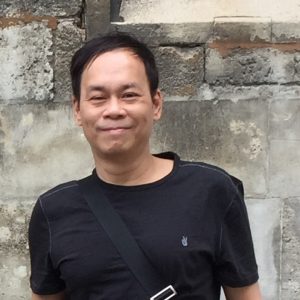 Chiu Man Yin joined the University of Macau in 1996 and holds an associate professorship.

Chiu Man Yin’s main research interests are in postcolonial literature in English, as is reflected in most of his work. He is particularly interested in the representation and discursive effects of violence in the work of writers outside of the Anglo-American tradition. His monograph Written Orders: Authority and Crisis in Colonial and Postcolonial Narratives (Lambert Academic Publishing, 2010) examines the representation of moments of crisis in imperial fiction.

Chiu Man Yin would be interested in supervising M.A.s in the areas of world literatures in English.