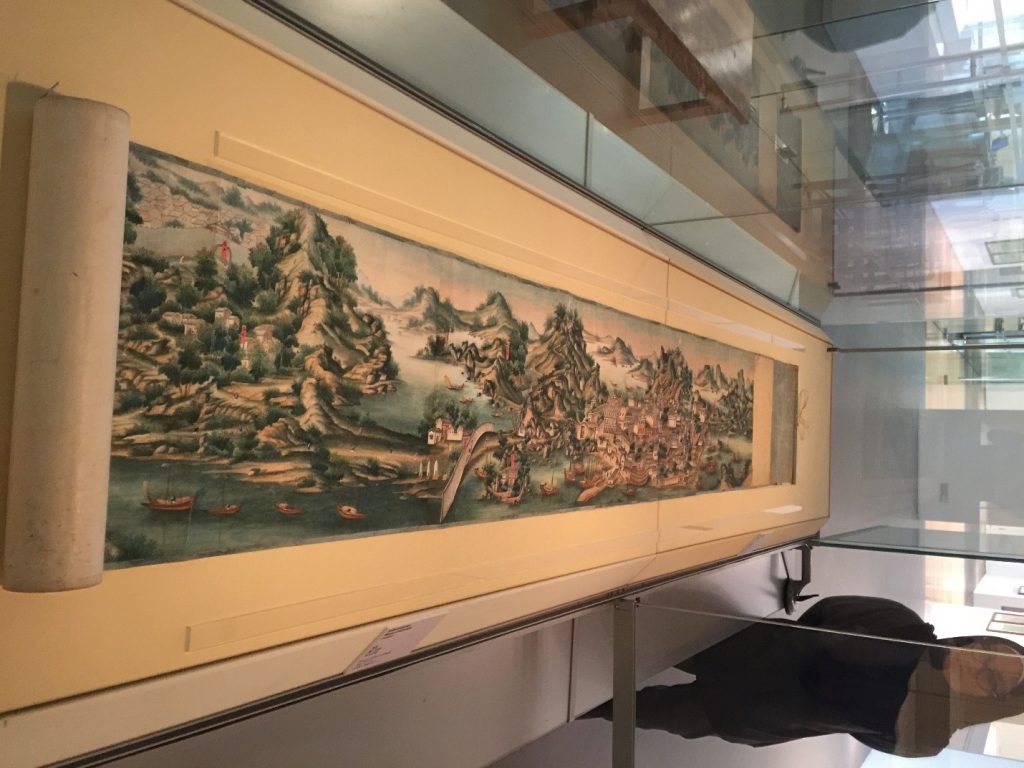 Cultural Review (Chinese Version) in its recent issue highlights the paper by Professor Yang Bin at the Department of History, University of Macau on a long scroll on Macao landscape dated the Qianlong Reign (1736-1796). Currently in Museum of the National University of Singapore, Singapore, this scroll, with a length of 318 cm and height of 30 cm, has never been mentioned in any publication or record, and thus is a major discovery for Macao’s history and culture. Combined with contemporary texts, maps and paintings, Professor Yang Bin has examined its theme, features, intention and so on.  His analysis has concluded this scroll while roughly influenced with western painting techniques and created in the early or middle period of the Qianlong reign, namely, the mid-eighteenth century, essentially remains a Chinese perspective and stands as a Chinese traditional piece of art, and could be regarded as a topographical painting. As the earliest and largest Chinese landscape painting on Macao, this scroll vividly delivers a prosperous society of Macao which was under the sovereignty and administration of Qing China, and thus deserves further studies for its historical, cultural and art value. Prof. Yang’s two other research papers on this long scroll, have been accepted by Journal of Macao Studies and the 15th national art history conference, respectively. 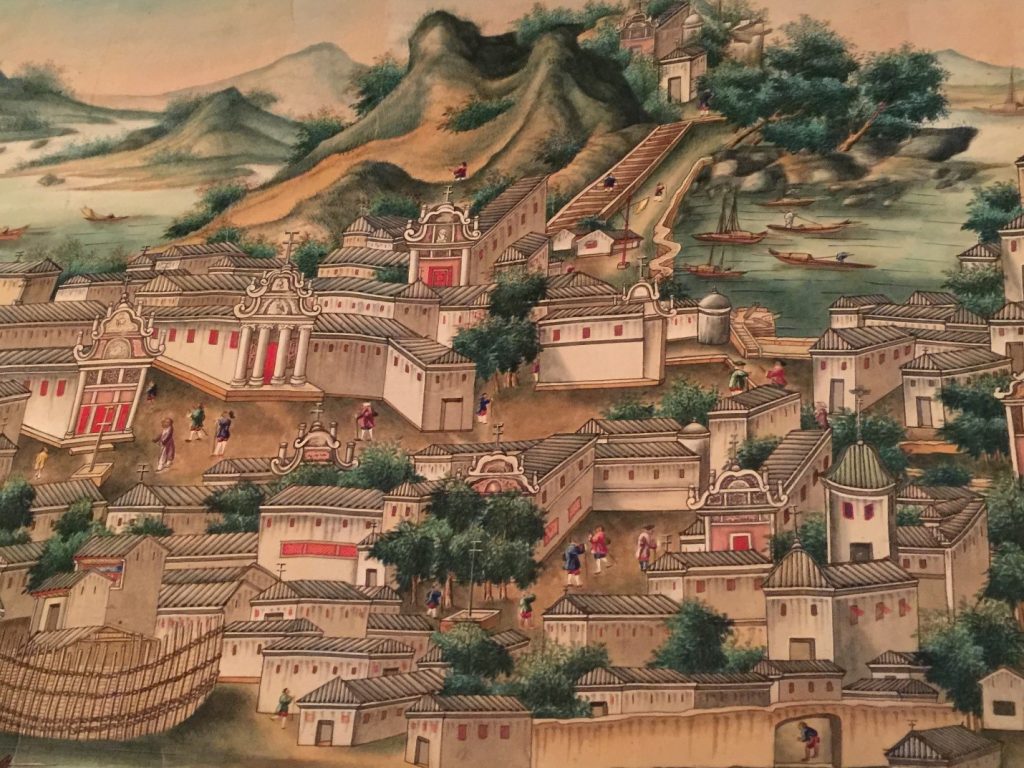