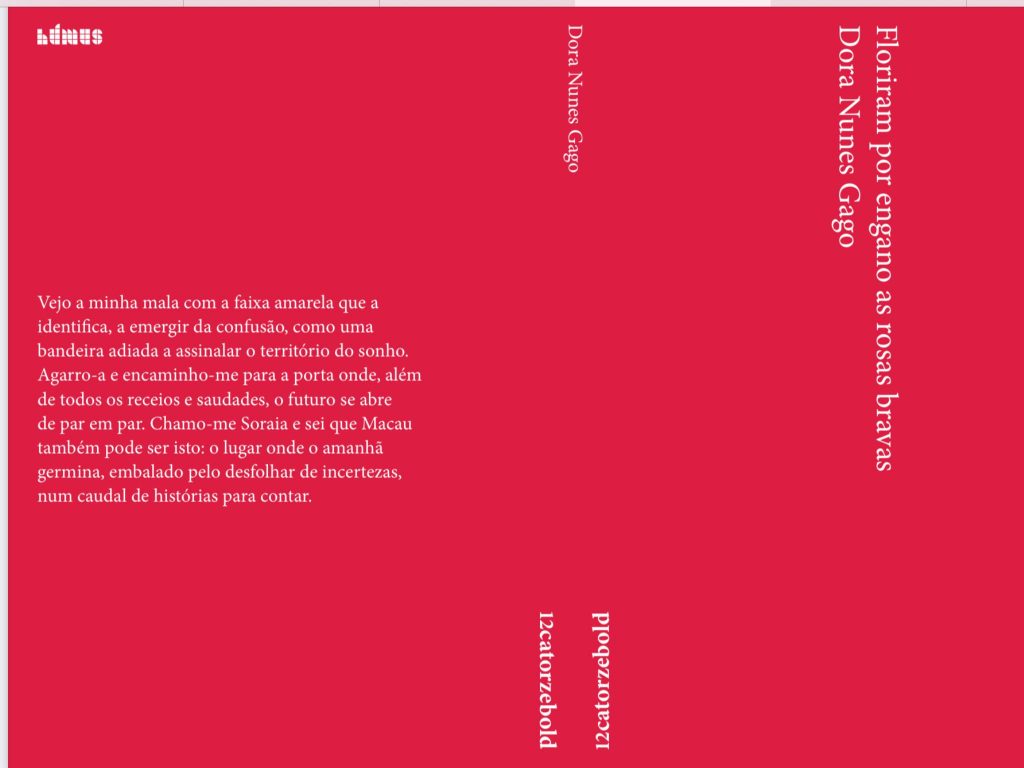 The Department of Portuguese is pleased to inform that Professor Dora Gago, Associate Professor of its Department, has had her latest story book entitled “Floriram por engano as rosas bravas” published in Portugal.

The story book is her first work entirely inspired by experiences had in Macau and several Asian countries. With this story book, Professor Dora Gago pays tribute to Camilo Pessanha and Maria Ondina Braga.

As stated by Professor Dora Gago, “the idea for this book of Macanese and Asian inspired short stories came from the need to register her learnings and daily experiences that mark her very rich and cultural life in Macao. The book is composed of 24 short stories organized in a very significant structure, since the inaugural tale (“The arrival”) has a counterpoint in the last tale (“The departure”), thus assuming a temporal and cyclical organization.

The book has not yet had its launching date in Macao confirmed. The book has been published in Portugal by Húmus and is available on their website as well as in major stores in Portugal such as Wook and Bertrand.