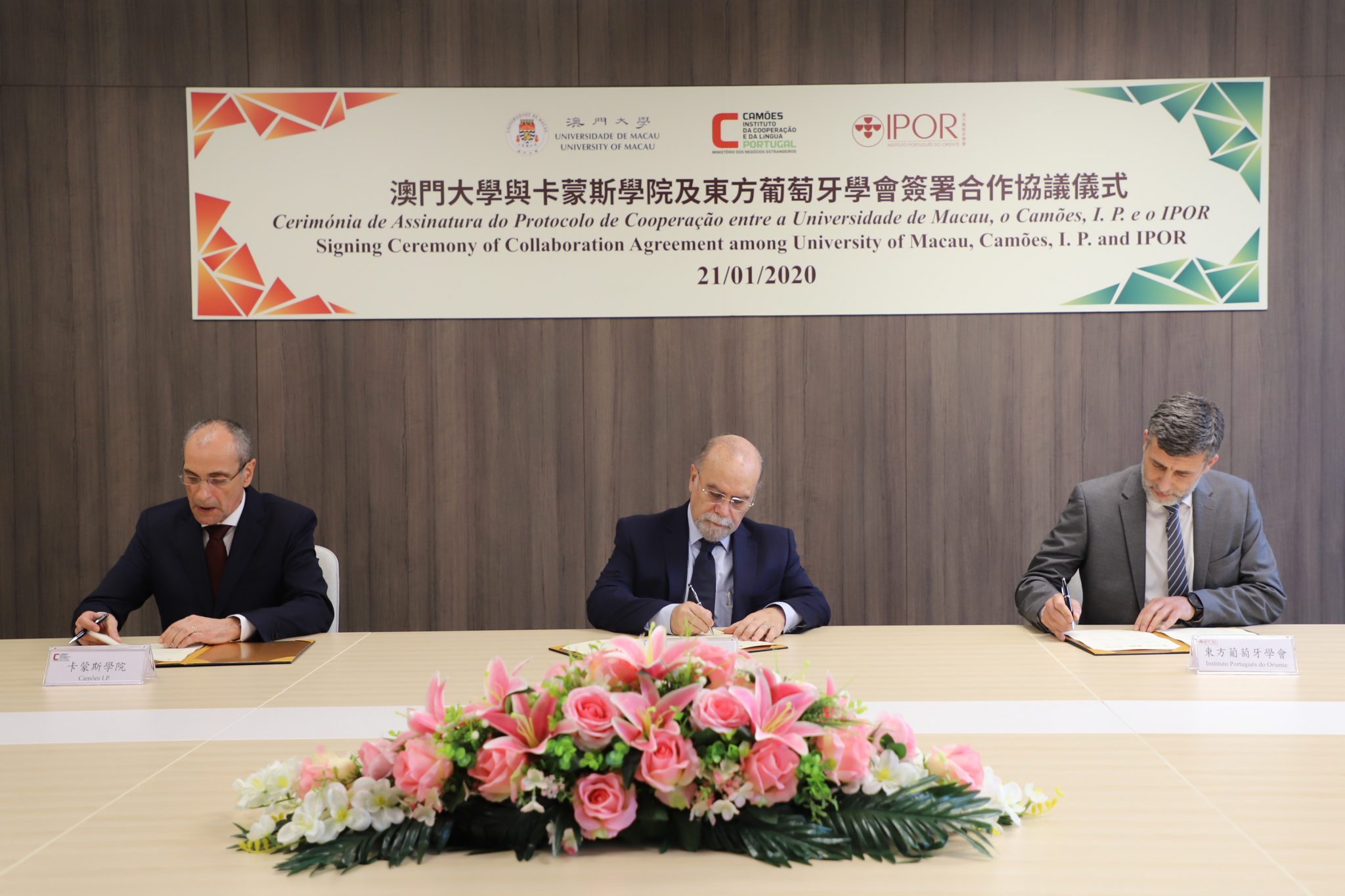 The University of Macau (UM) signed a collaboration agreement with the Camões Institute of Language and Cooperation (Camões, I.P.) and the Portuguese Institute of the Orient (IPOR) on 21 January 2020. The agreement is expected to strengthen collaboration in Portuguese language research, teaching and learning, assessment, and sharing of research results, in mainland China and the Asia Pacific region, especially in the Guangdong-Hong Kong-Macao Greater Bay Area.

During the event, Rui Martins, vice rector (global affairs) of UM; João Neves, representative of the Camões, I.P.; and Joaquim Ramos, director of the IPOR, signed the agreement.

According to Professor Martins, the agreement will essentially renew the collaboration among the three institutions that has existed for many years. Professor Martins also pointed out that the Chinese-Portuguese Bilingual Teaching and Training Centre will play a very important role in this cooperation because interest in Portuguese language and culture continues to increase in this region.

According to Dr. João Neves, the agreement will reinforce the cooperation among the three institutions whose missions have made a significant contribution to the promotion of the Portuguese language.

Dr. Joaquim Ramos added, ‘Since we have the opportunity to join three of the most recognised institutions in terms of Portuguese language’s promotion at a global level, we must seize the opportunity and explore all the potential of this protocol.’ 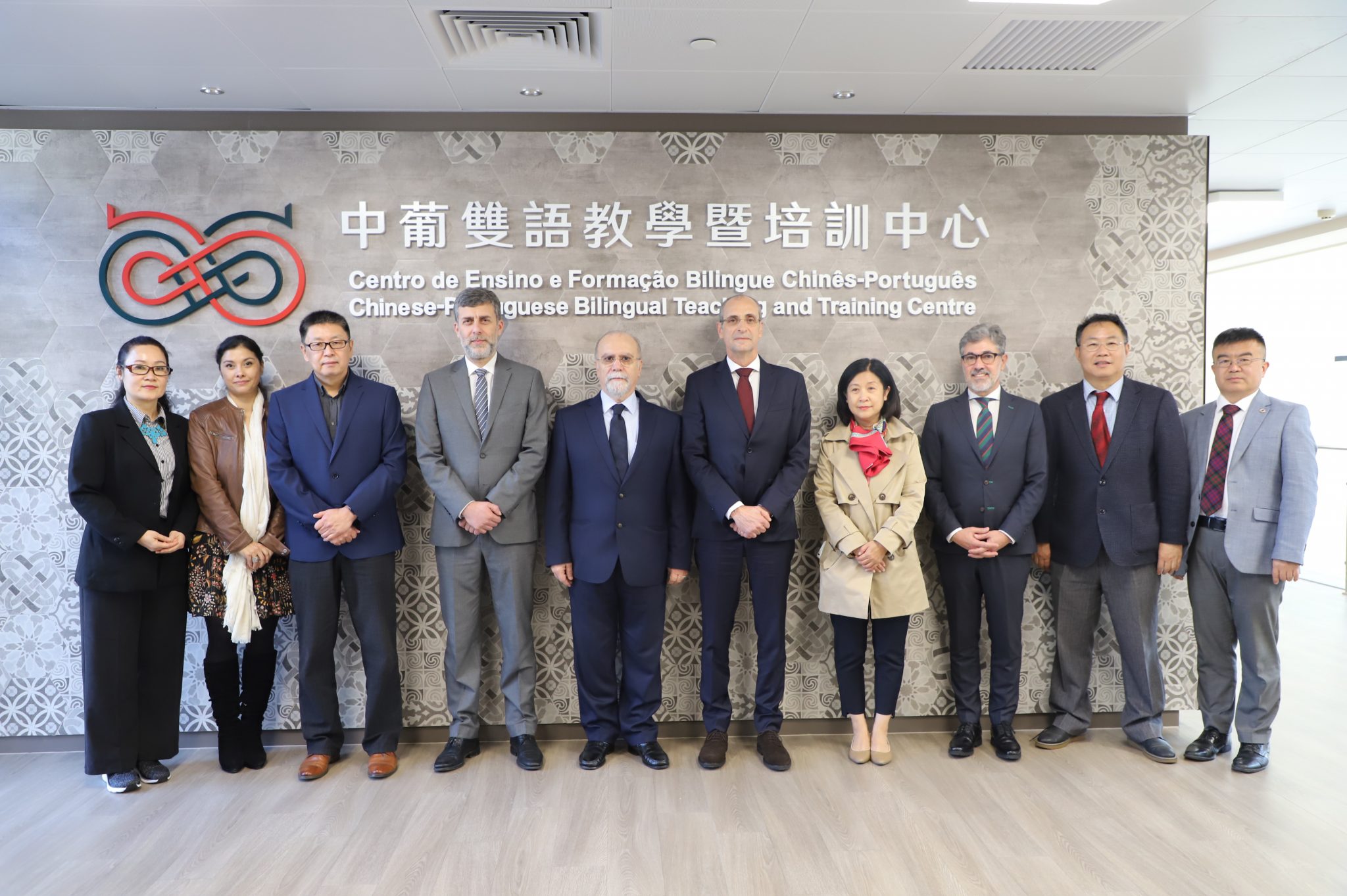 UM aims to nurture Chinese-Portuguese bilingual professionals, in order to support the development of the Greater Bay Area and Macao’s role as a ‘service platform for trade cooperation between China and Portuguese-speaking countries’. The university’s Chinese-Portuguese Bilingual Teaching and Training Centre plays an active role in the reform of Portuguese language education and trains Portuguese language teachers and high-calibre translators in order to support Macao’s role as a service platform.

According to the agreement, the three parties will jointly launch language and professional courses, carry out research projects, promote the publication of Portuguese language teaching materials and literary works, as well as hold conferences, seminars, and other academic and research activities.

One major upcoming collaborative activity is the Macao Youth Translation Competition. The event will be jointly hosted by UM’s Chinese-Portuguese Bilingual Teaching and Training Centre and IPOR.