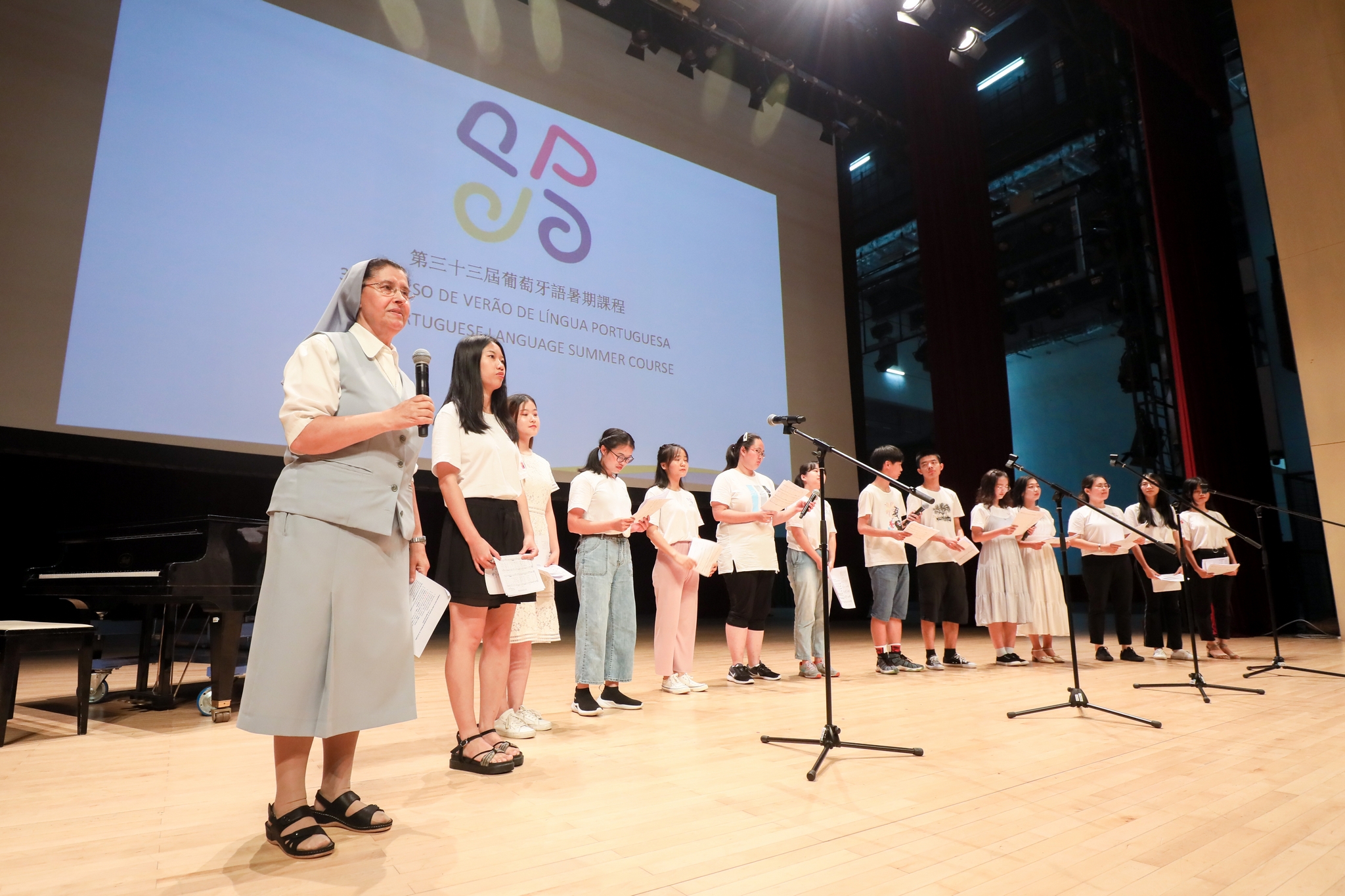 The Department of Portuguese of the University of Macau (UM) Faculty of Arts and Humanities recently held a closing ceremony for the 33rd Portuguese Language Summer Course. This year’s intensive course attracted nearly 500 students of different cultural backgrounds from more than 13 countries and regions. With the help of Portuguese language instructors, the students completed the three-week intensive course in which they practised communicating with each other only in Portuguese. Participants say that UM provides a very good environment and a fun atmosphere for students to learn Portuguese, adding that they have made significant improvement in writing and speaking. 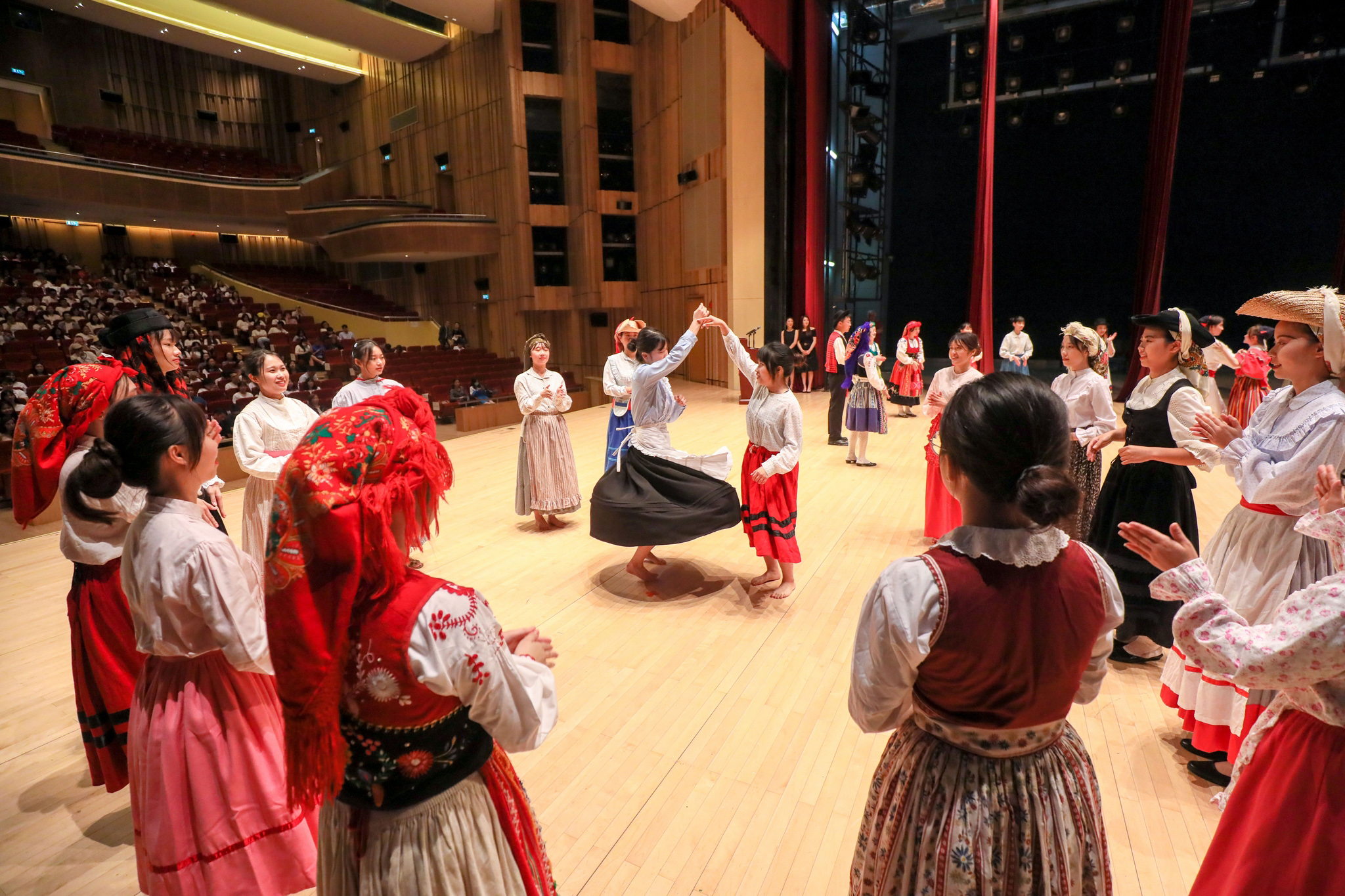 During the closing ceremony, Dr Paulo Cunha Alves, consul-general of Portugal for Macau and Hong Kong; and Ana Nunes, associate professor from the Department of Portuguese; who is also coordinator of the Portuguese Language Summer Course, each gave a speech. Students dressed in Portuguese clothing from different regions of Portugal recited poems, performed Portuguese songs and folk dances. Seong Seon Min, a student from South Korea, says that the intensive course has significantly increased his writing, listening, and speaking skills within a short period of time, adding that he will apply for the course again next year. Hu Wenjian, a beginner level student, says that language instructors of the course, who come from different Portuguese-speaking countries, used various methods to help students improve pronunciation, adding that he will recommend this course to his friends so that they can join him in the course next year. Zhang Luying, an advanced level student, says that UM provides a very good Portuguese-speaking environment in which participants can study and exchange ideas with people from around the world. This year’s course attracted students from mainland China, Macao, Hong Kong, Taiwan, South Korea, Japan, Malaysia, the Philippines, Singapore, Italy, the United Kingdom, Brazil, and the United States. 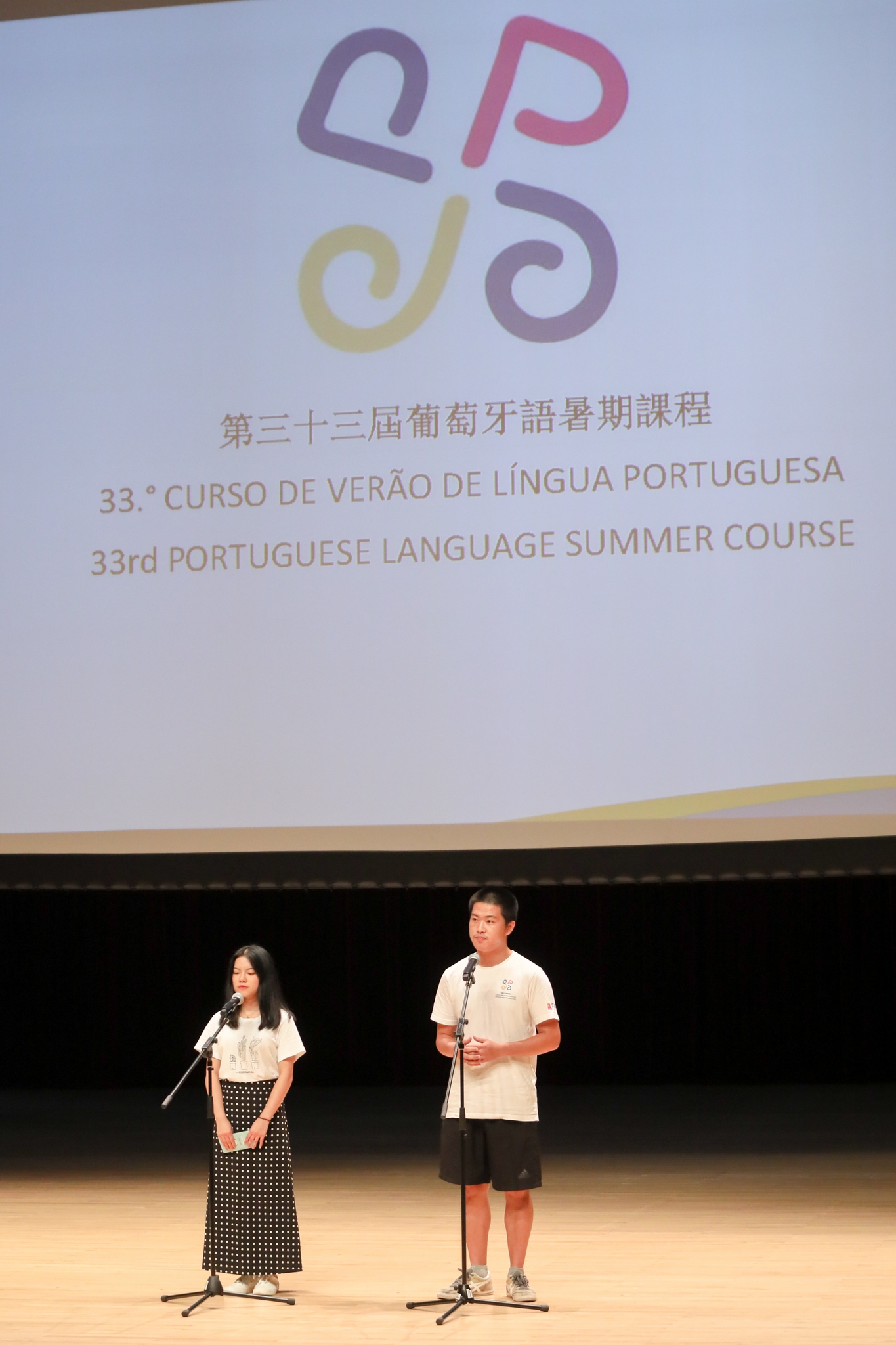 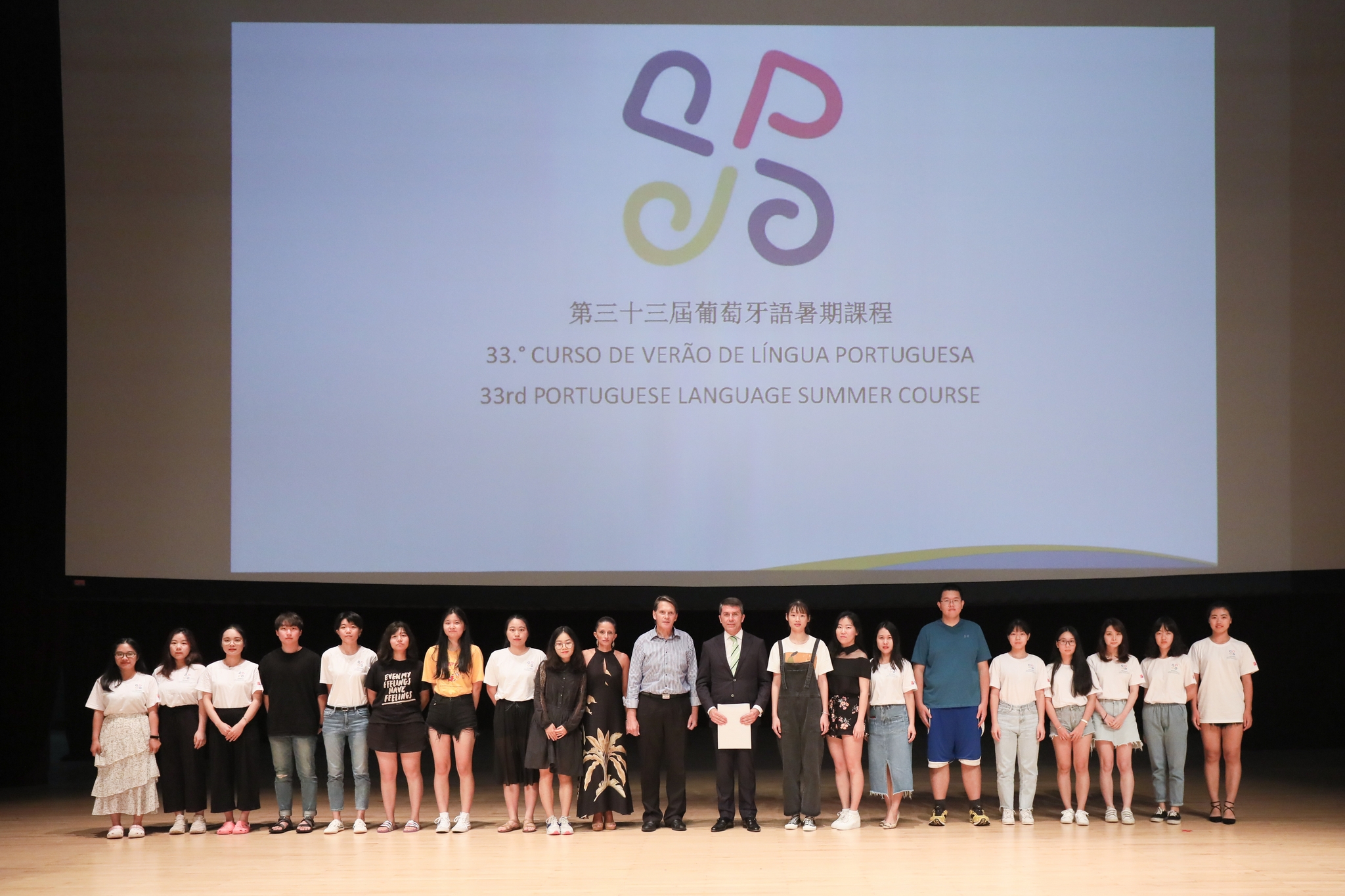