Skip to content
Home/Posts/Centre for Chinese History and Culture, News/UM sign agreements with two local secondary schools on establishing base for promotion of Chinese history and culture 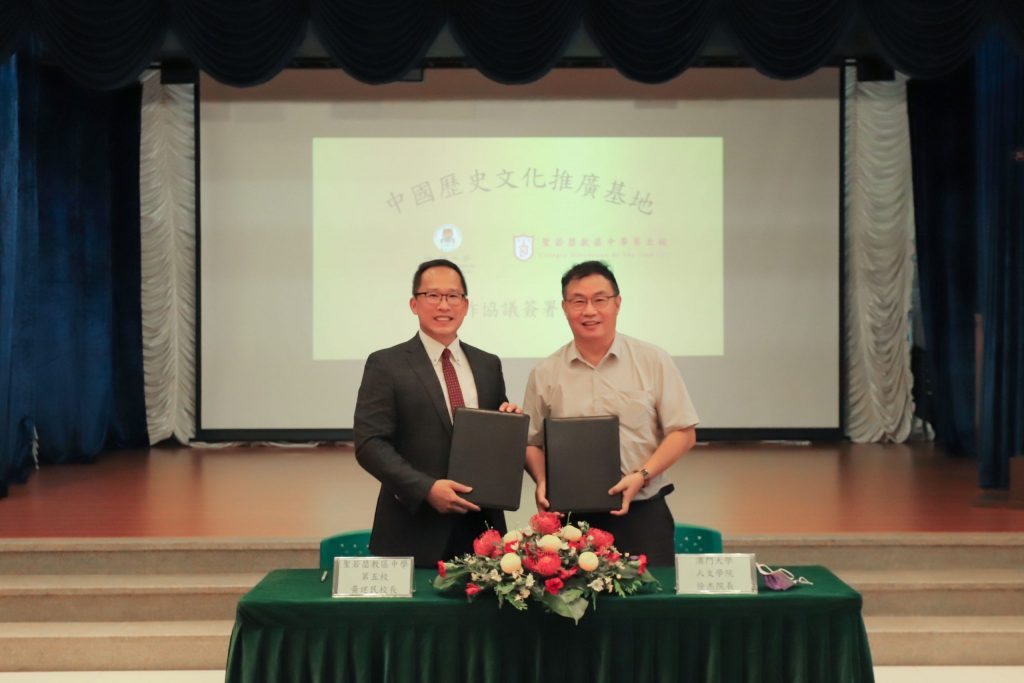 The Centre for Chinese History and Culture (CCHC) of the University of Macau (UM) recently signed agreements with two more secondary schools in Macao on the establishment of a base for the promotion of Chinese history and culture. The two schools are Sao Jose Diocesan College, Fifth School, and Kao Yip Middle School and they became the tenth and eleventh school in Macao to establish the base. Having established 11 bases for the promotion of Chinese history and culture in five years, the CCHC has reached the target of the programme ahead of schedule.

At the ceremony, Zhu Shoutong, director of the CCHC, said that the base is an important project established by the Macao Base for Primary & Secondary Education in Humanities & Social Sciences and the CCHC to promote Chinese history and culture. Wong Kin Man, principal of Sao Jose Diocesan College, Fifth School, talked about the school’s past efforts in promoting Chinese culture and expressed hope that the school would be able to reach out to the community and expand external cooperation and exchange. Ho Shing, principal of Kao Yip Middle School, said that promoting Chinese culture is an important mission of the school. He is confident that with the support of UM’s strong research capacity, the school will be able to further deepen its research and education work. 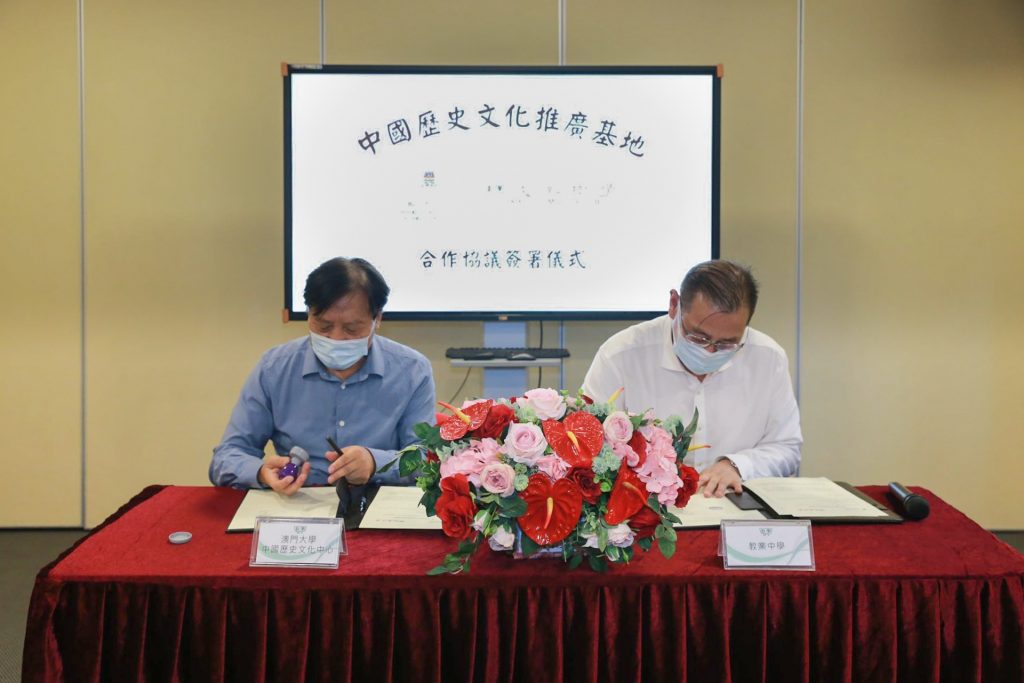 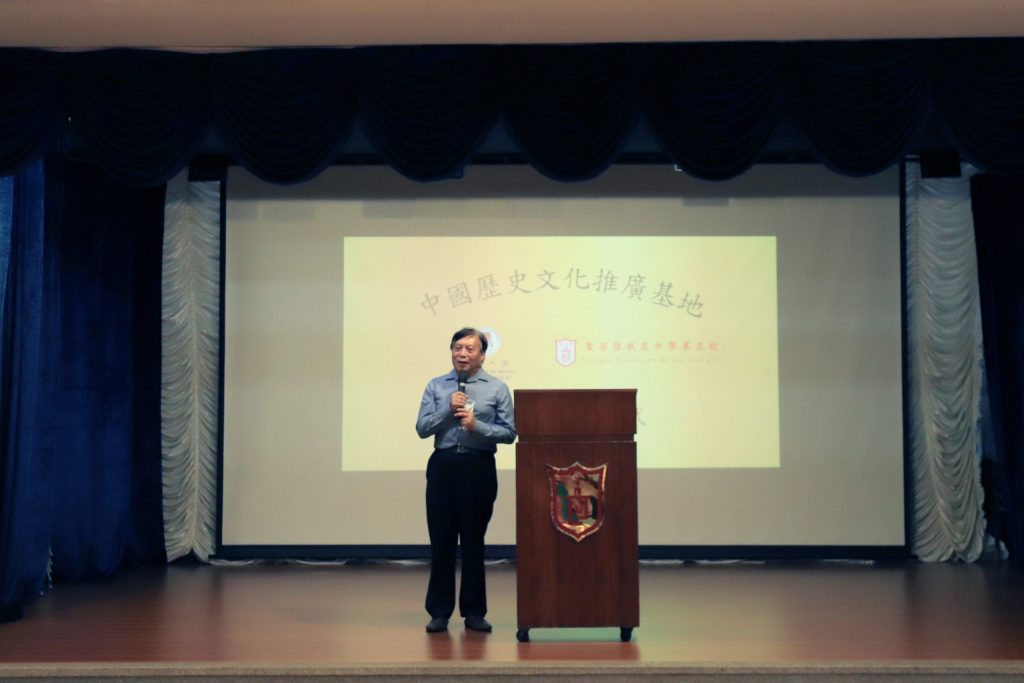