Three students from the University of Macau (UM) recently won the first prize, second prize, and third prize respectively at the 20th Portuguese Speech Contest after competing with students from different higher education institutions in Macao. 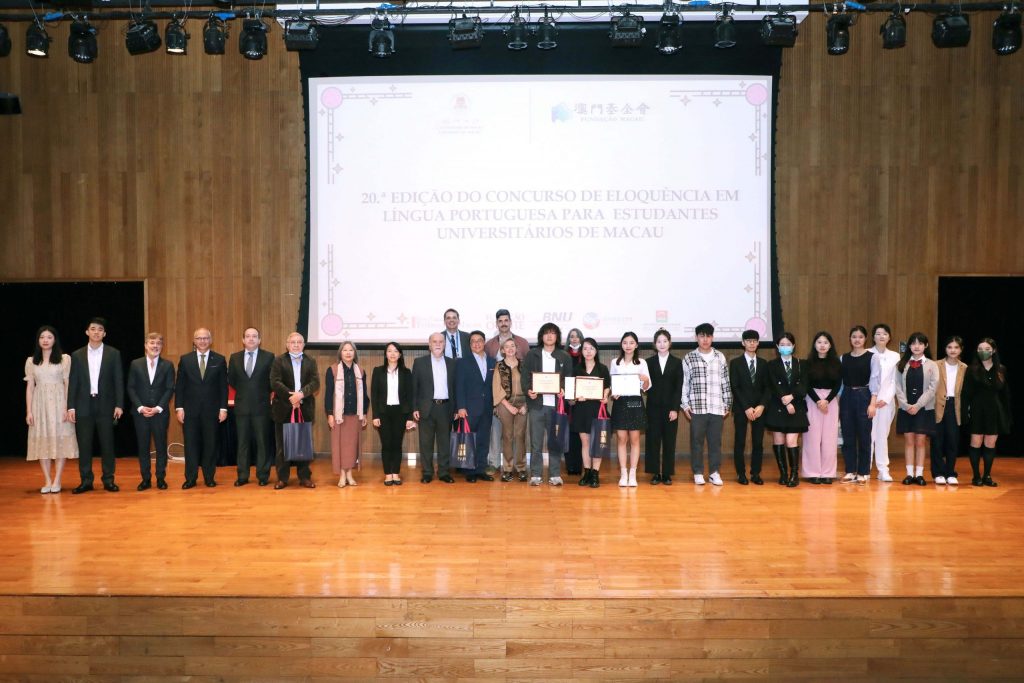 The topic of this year’s competition was ‘Man is the Master of What He Thinks and Slave of What He Says’. A total of 11 students from UM, Macao Polytechnic University, the Macau University of Science and Technology, and City University of Macau participated in the contest. The jury was composed of four figures in Macao, namely Anabela Ritchie, member of the UM University Council; Ana Paula Cleto, linguist and representative of the Orient Foundation (Fundação Oriente); Carlos Picassinos, journalist of Macau Tribune Journal (Jornal Tribuna de Macau); and Miguel de Senna Fernandes, lawyer and president of the Association for the Promotion of Macanese Education (Associação Promotora da Instrução dos Macaenses). After each presentation, the judges asked questions related to the speech and the academic and personal background of the participant. The hosts of this year’s contest were two UM students, namely Qian Yijian, a master’s student of translation, and Che Cheong Hei, a third-year student of law and winner of the first prize in the competition in 2021.

Due to the large number of students applying for this year’s competition and the fact that each university can only nominate three candidates, two new sessions were added to the contest: four speeches presented by students of Portuguese studies who could not make it into the contest and music performances at the end of the presentation of the eleven speeches in the contest. Sio Nok I, a student of law at UM, played a piece by Joseph Haydn and Che presented a violin solo piece Meditation from Thais, by Jules Massenet, accompanied by Sandy Un on the piano. 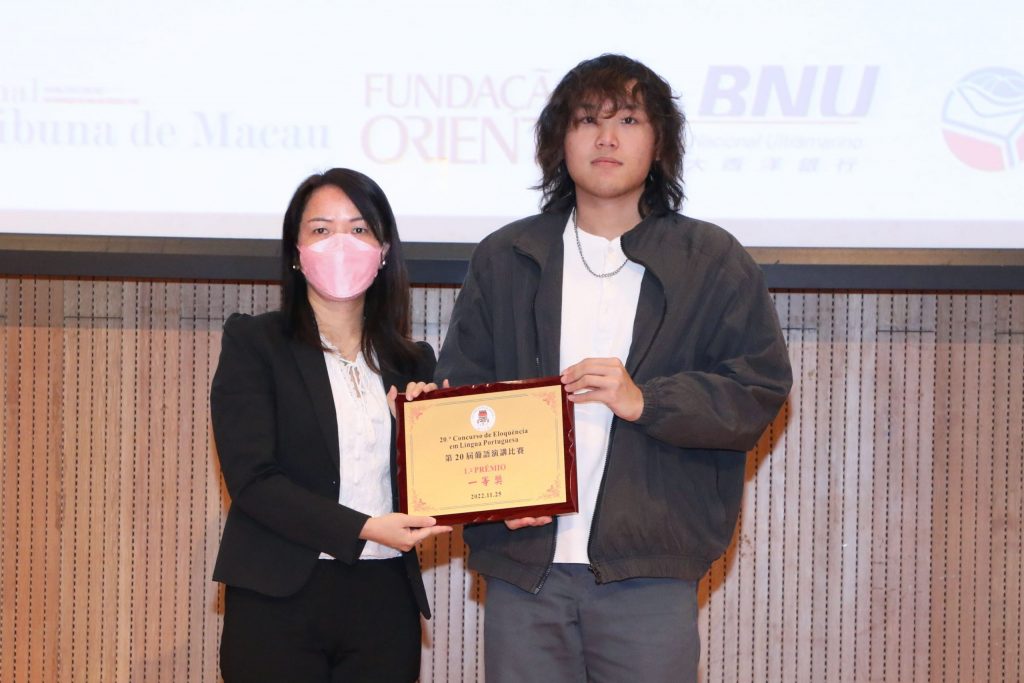 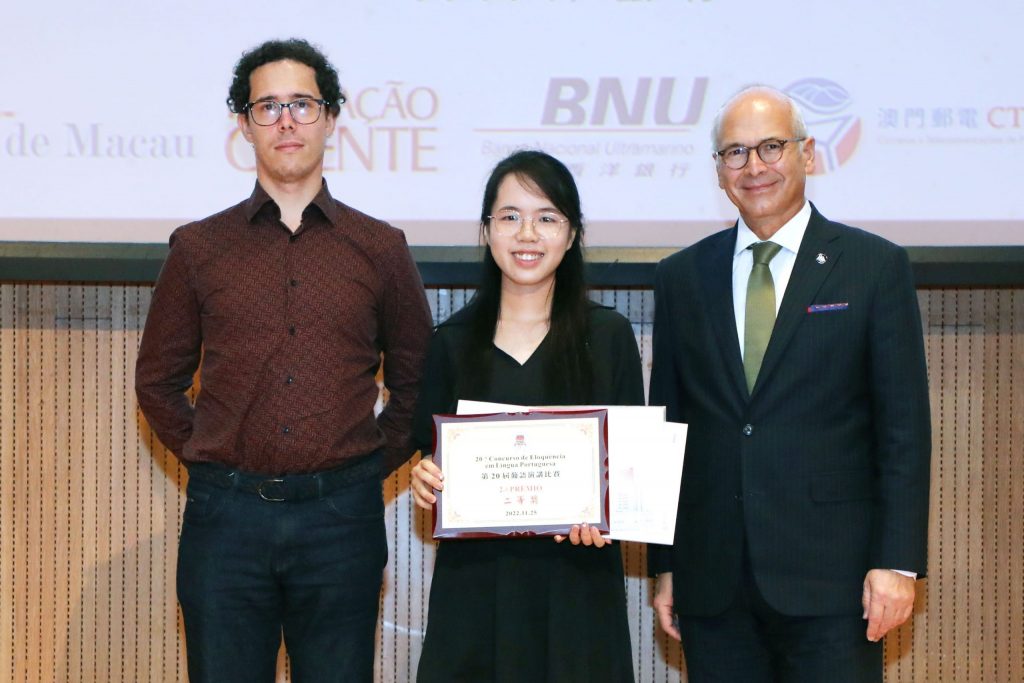 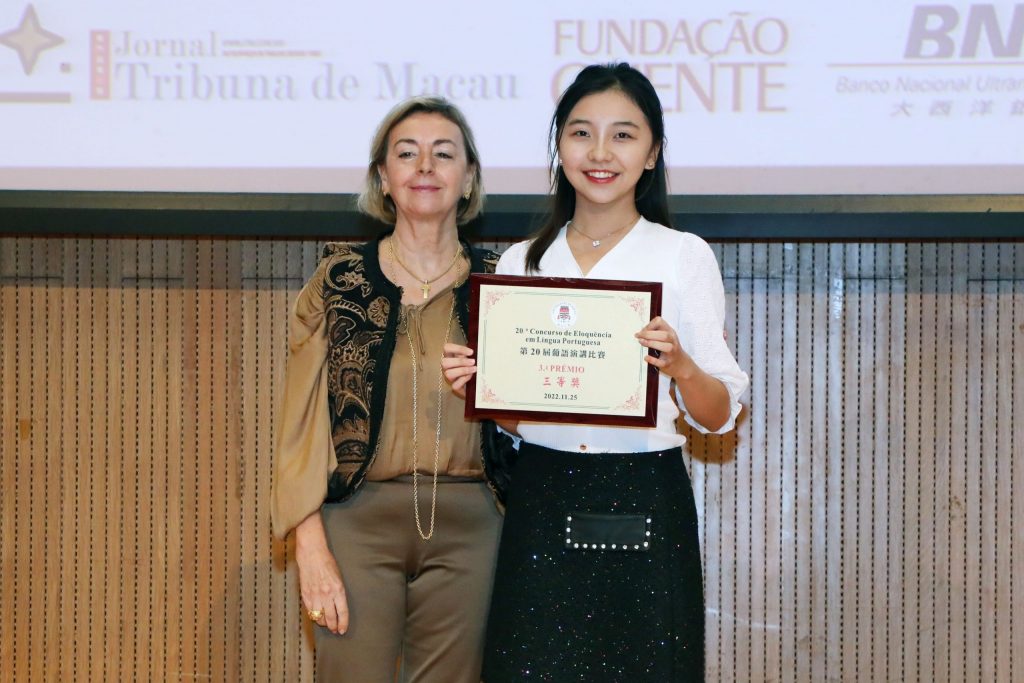