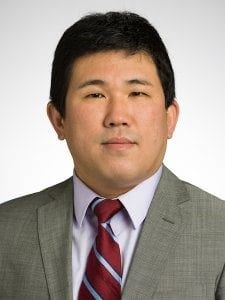 He has reviewed books and articles which were published by various publishers, including Columbia University Press, Harvard University Press, China Publishing House 中華書局, and China Social Sciences Press 中國社會科學出版社. He is a Guest Editor for Frontiers of Literary Studies in China (Scopus index; Humanities index).

As for internal professional experience and service, at the university level, Professor Zhang was elected as a representative to the University Senate and the Academic Quality Assurance Committee. At the department level, he serves as chair of the Graduate Studies Committee and External Evaluation Committee, and as a member of the Academic Committee and Executive Committee.

Professor Zhang has received external research grants and fellowships from Princeton University, the Library of Congress, Harvard University, and Stanford University, among others. He has been a visiting scholar at the Chinese University of Hong Kong, Fudan University, and the University of Michigan at Ann Arbor. He has also contributed to several government-sponsored research projects in the U.S., Canada, and China, including projects sponsored by the U.S. National Science Foundation, the Social Sciences and Humanities Research Council of Canada (SSHRC), and the Chinese National Key Programme in Humanities and Social Sciences 國家社科基金重大項目.

Professor Zhang’s research focuses on classical Chinese literature, specifically the poetry of the Six Dynasties period (220–589) and recent developments in Sinology both in China and the Anglophone world. He is currently at work on three book projects: Cultural Memory and Poems on History in Early Medieval China (under contract with State University of New York Press), Recent Research in Sinology and Classical Chinese Literary Studies 晚近漢學與中國古代文學研究 (under contract with Beijing University Press 北京大學出版社), and The Interrelation between Poetry and History in Medieval Chinese Literature 中古文學中的詩與史 (Shanghai: Fudan University Press 復旦大學出版社, 2020).

Professor Zhang is equally dedicated to pedagogy and research and has published articles on teaching Chinese literature and culture in AsiaNetwork Exchange: A Journal for Asian Studies in the Liberal Arts and Education about Asia (an AAS journal).