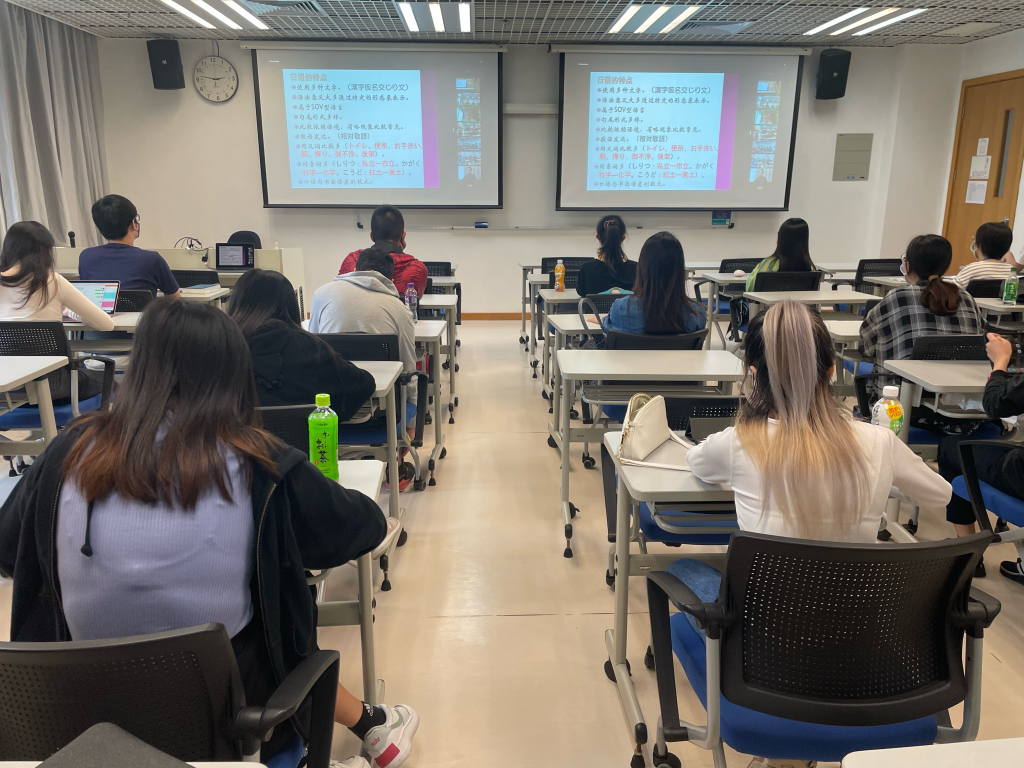 The Centre for Japanese Studies, Faculty of Arts and Humanities, University of Macau invited Prof. Guanglu Peng from Department of Japanese, School of Foreign Languages, Beijing Institute of Technology to deliver a zoom lecture entitled “How Japanese and Chinese languages differ: From the perspective of Chinese learners of Japanese” on 19 October 2022. All of the academic staff and over 130 students of the Centre for Japanese Studies attended the lecture.

The lecture began with Prof. Peng outlining the main characteristics of the Japanese language and some examples of negative transfer which are frequently found in the actual use of Chinese learners of Japanese. Prof. Peng then gave some advice on how to avoid such negative transfer by clarifying the differences between Chinese and Japanese in terms of phonetics, writing, vocabulary, grammar and discourse. At the end of the lecture, Prof. Peng answered the students’ questions concerning methods of learning Japanese and specific issues on cross-linguistic differences between the two languages. 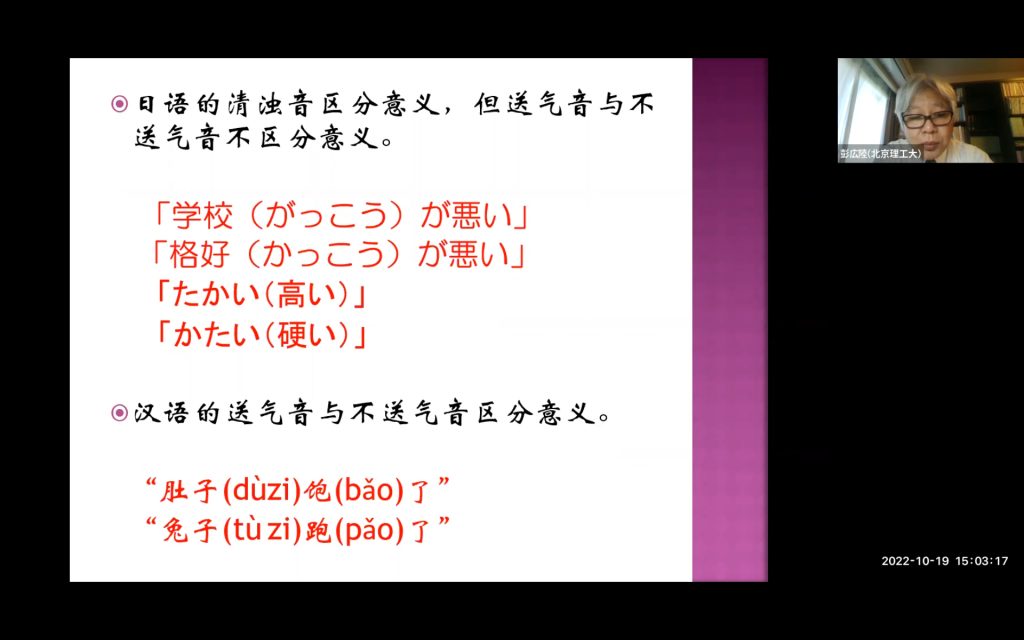