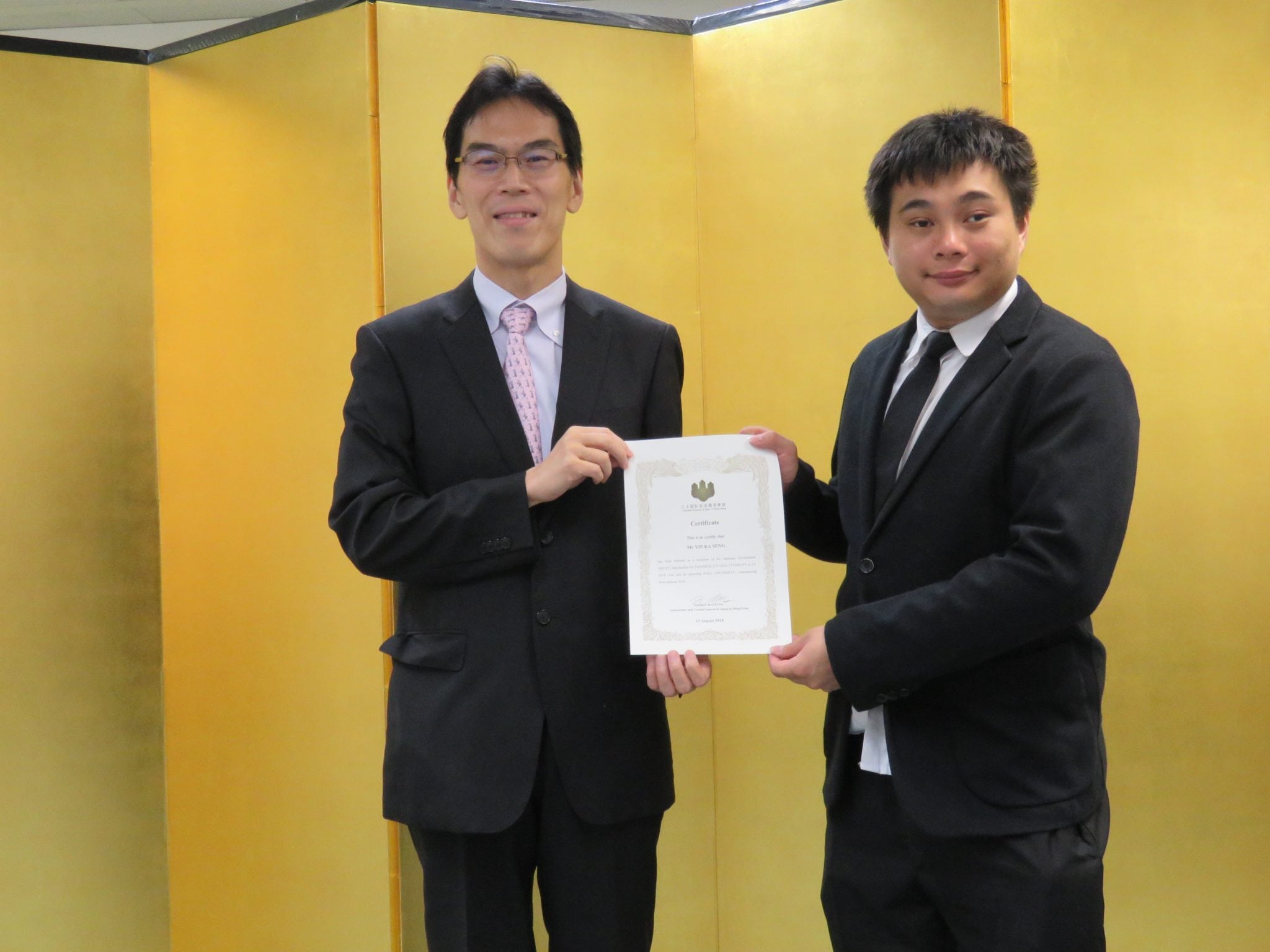 Yip Ka Seng, a fourth-year student of Japanese studies from the University of Macau (UM), has been recommended by the Consulate-General of Japan in Hong Kong to receive the Japanese Government (The Ministry of Education, Culture, Sports, Science and Technology, MEXT) Scholarship for the fiscal year 2018 to study in Japan. Yip will study Japanese language at Keio University for one year. In Macao, only students of Japanese studies from UM are eligible to apply for this scholarship.

The Consulate-General of Japan in Hong Kong held a Pre-arrival Pep Rally for recipients of the Japanese Government (MEXT) Scholarships for 2018. During the event, Mr Hirota, chief representative of the Consulate-General of Japan in Hong Kong, presented scholarship certificates to six students of Japanese studies and research. Yip was the only one from Macao to receive this scholarship. Yip described it as a precious opportunity, saying that the scholarship shows recognition of his effort in Japanese studies and he will continue to study traditional Japanese culture and customs during his stay in Japan.