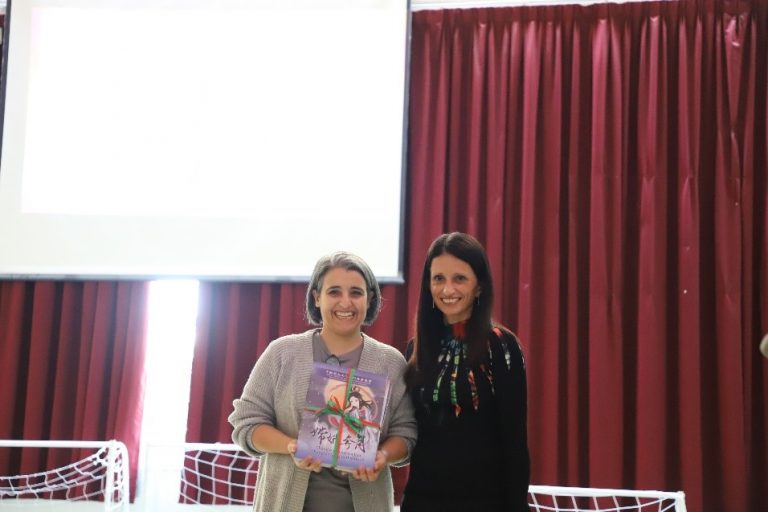 Two centres of the University of Macau (UM), namely the Centre for Chinese History and Culture (CCHC), and the Chinese-Portuguese Bilingual Teaching and Training Centre (CPC), have edited and published the Chinese History and Culture Comic Book Series, a series of books that present traditional Chinese myths, legends, and historical stories in Chinese, English, and Portuguese, with the aim of enhancing the understanding of Chinese culture among young people in Macao and Portuguese-speaking countries. In order to promote the comic books, the CPC visited the Jardim de Infância D. José da Costa Nunes on the 24th and 29th of November 2021 to organize activities, telling more than 200 students a story in the series in the form of improvised comedy show. The CPC had also organized a similar activity at the Zheng Guanying Public School earlier this year. 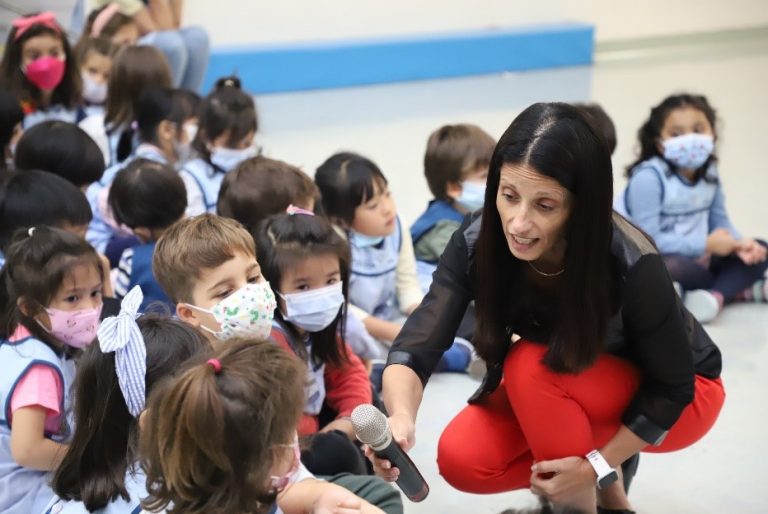 At the beginning of the activity, Professor Ana Nunes, Deputy Director of the CPC, and Dr. Marisa Peixoto, Principal of Jardim de Infância D. José da Costa Nunes, gave an opening speech. Professor Ana Nunes, on behalf of the University of Macau presented the three comic books of the “Chinese History and Culture Comic Book Series”, including Chang’e Flying to the Moon, Nuwa Mending the Sky, and Jingwei Filling the Sea, to the Jardim de Infância D. José da Costa Nunes. Professor Ana Nunes hoped to make use of these comic books and school visit activities to promote not only the traditional Chinese culture, but also to advocate the curiosity and interest in reading Portuguese language books. 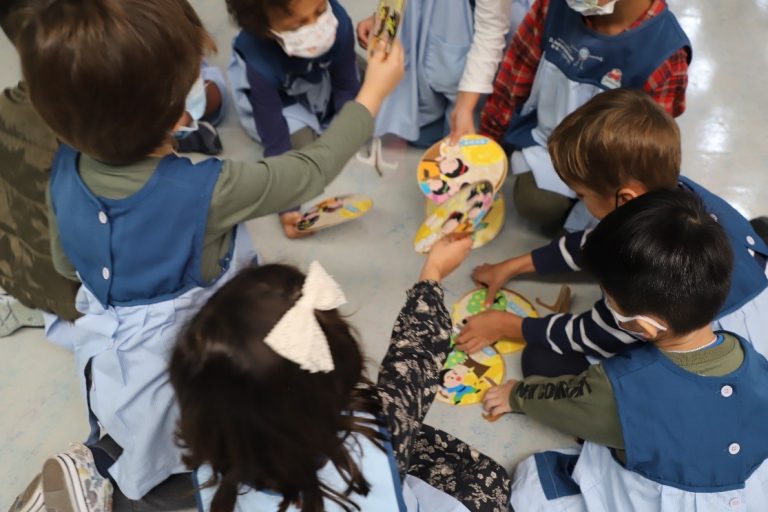 Students make their own “moon”

The entire activity was conducted in Portuguese, and students of the University of Macau improvise and illustrate the story Chang’e Flying to the Moon, alluding to the origin of the Mid-Autumn Festival. Dr. Marisa Peixoto highlighted that the school’s language environment is trilingual (Portuguese, Chinese and English) and this activity is very helpful to engage their students to learn these three languages.

Since its establishment in 2017, the CPC has been committed to the development of short, medium and long-term cooperation with institutions in Mainland China and Portuguese-speaking countries, establishing links in teacher training, conducting research in the areas of Portuguese teaching and Chinese and Portuguese culture. 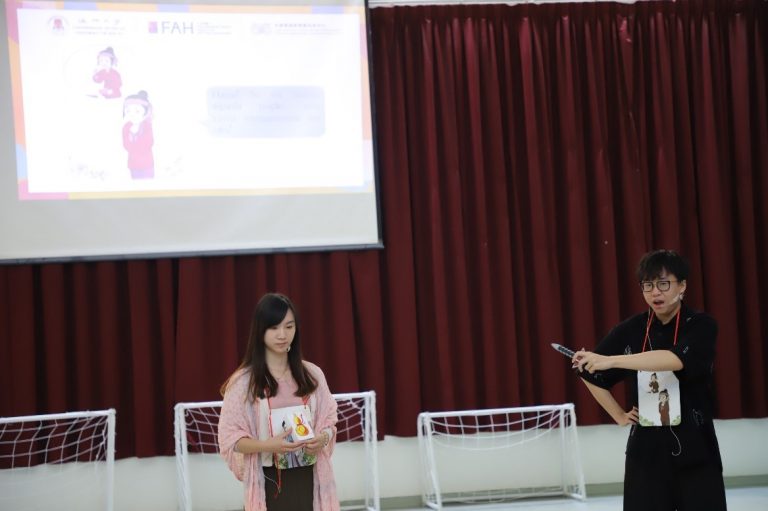 Students of the University of Macau improvised and illustrated the story Chang’e Flying to the Moon.