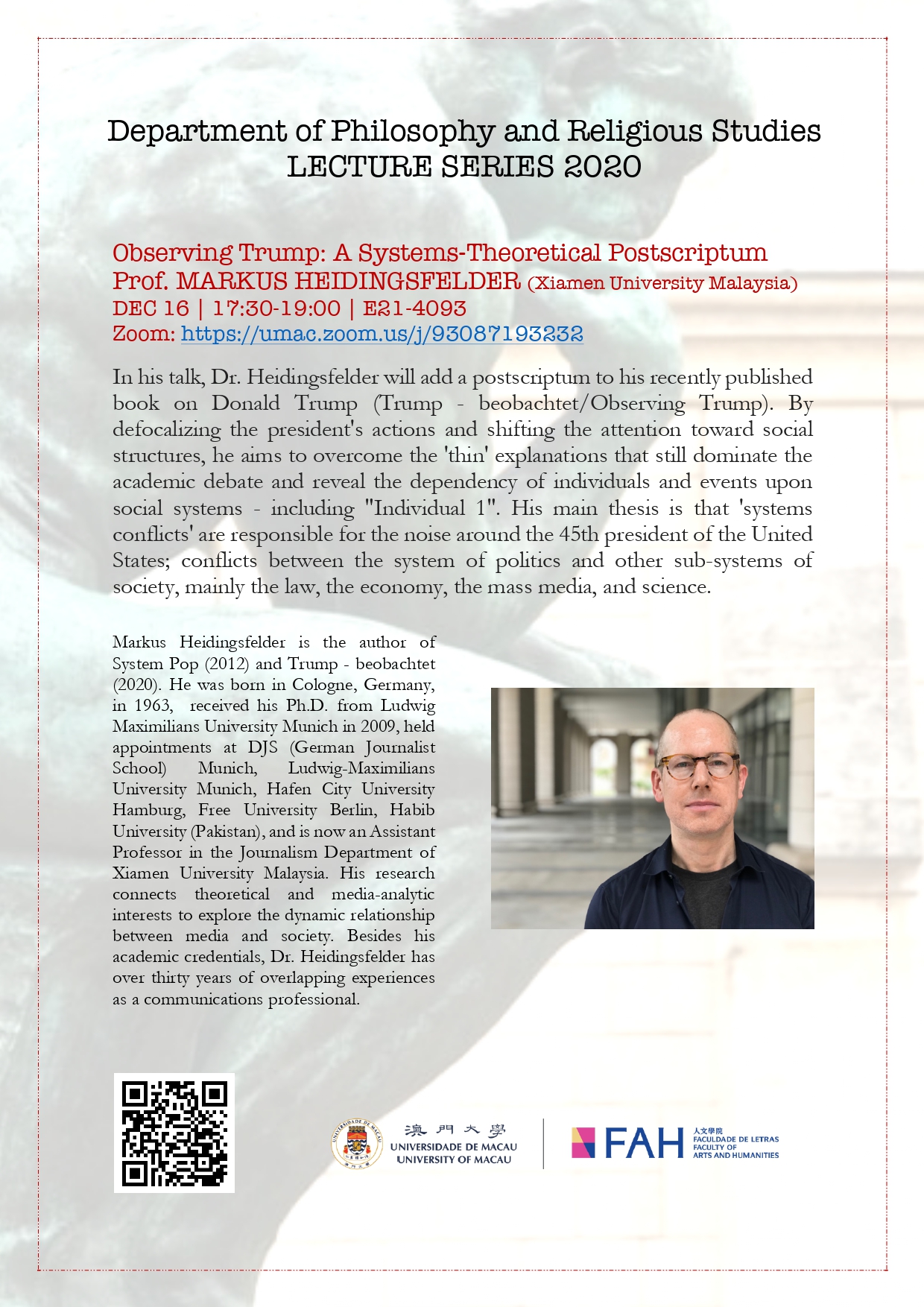 In his talk, Dr. Heidingsfelder will add a postscriptum to his recently published book on Donald Trump (Trump – beobachtet/Observing Trump). By defocalizing the president’s actions and shifting the attention toward social structures, he aims to overcome the ‘thin’ explanations that still dominate the academic debate and reveal the dependency of individuals and events upon social systems – including “Individual 1”. His main thesis is that ‘systems conflicts’ are responsible for the noise around the 45th president of the United States; conflicts between the system of politics and other sub-systems of society, mainly the law, the economy, the mass media, and science.

Markus Heidingsfelder is the author of System Pop (2012) and Trump – beobachtet (2020). He was born in Cologne, Germany, in 1963,  received his Ph.D. from Ludwig Maximilians University Munich in 2009, held appointments at DJS (German Journalist School) Munich, Ludwig-Maximilians University Munich, Hafen City University Hamburg, Free University Berlin, Habib University (Pakistan), and is now an Assistant Professor in the Journalism Department of Xiamen University Malaysia. His research connects theoretical and media-analytic interests to explore the dynamic relationship between media and society. Besides his academic credentials, Dr. Heidingsfelder has over thirty years of overlapping experiences as a communications professional.