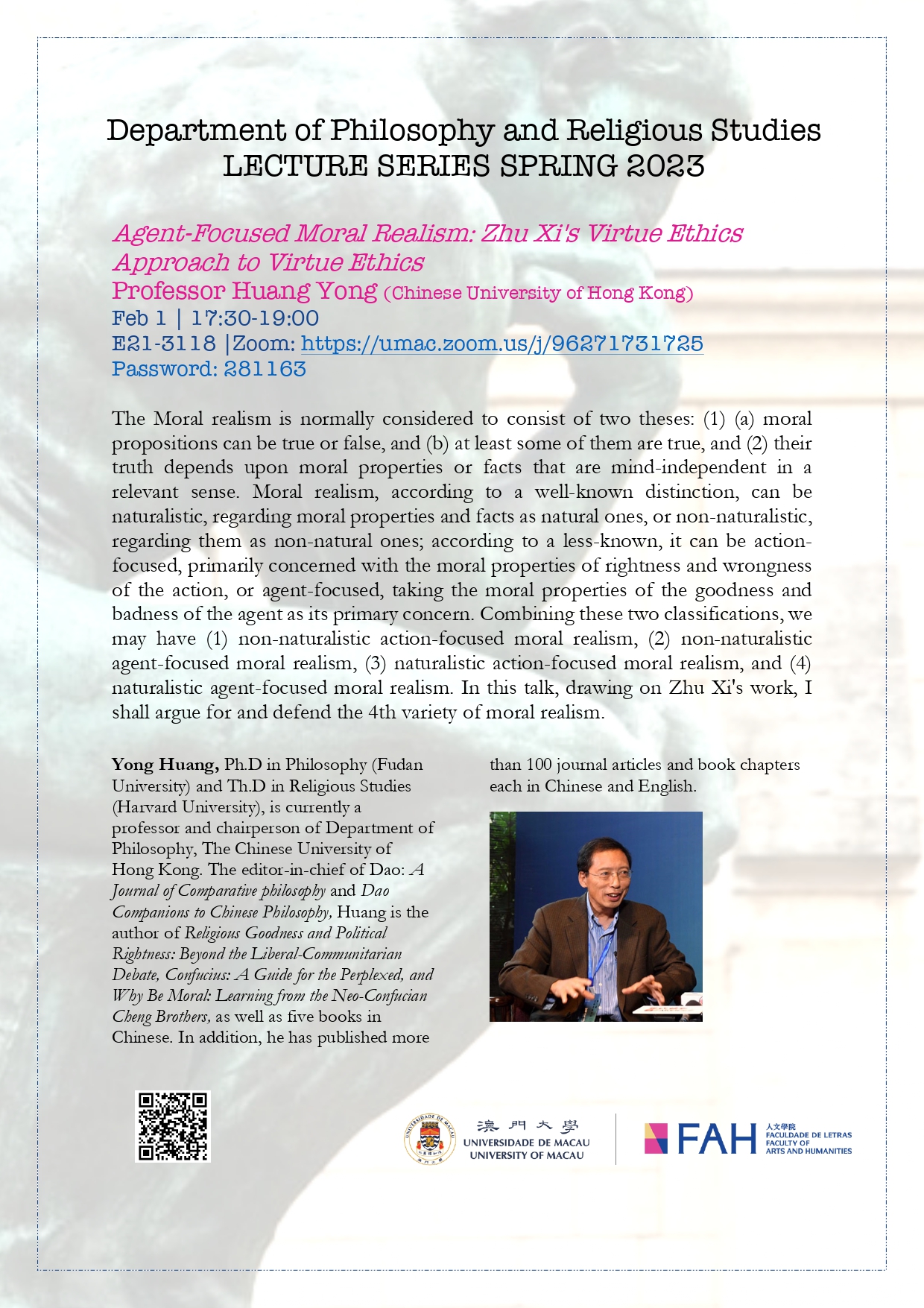 Yong Huang, Ph.D in Philosophy (Fudan University) and Th.D in Religious Studies (Harvard University), is currently a professor and chairperson of Department of Philosophy, The Chinese University of Hong Kong. The editor-in-chief of Dao: A Journal of Comparative philosophy and Dao Companions to Chinese Philosophy, Huang is the author of Religious Goodness and Political Rightness: Beyond the Liberal-Communitarian Debate, Confucius: A Guide for the Perplexed, and Why Be Moral: Learning from the Neo-Confucian Cheng Brothers, as well as five books in Chinese. In addition, he has published more than 100 journal articles and book chapters each in Chinese and English.