This year marks the centenary of the Portuguese writer José Saramago, born on November 16th, 1922 in Portugal, and passed away on June 18th, 2010 in Spain. José Saramago is considered to be one of the most prominent figures in Portuguese literature. In 1995, José Saramago received the Camões Prize that was considered as the premier literary prize in the Portuguese-speaking world. In 1998, he won the Nobel Prize in Literature. To date, José Saramago is the first and only Portuguese writer to be awarded the Nobel Prize in Literature. Thus, the Chinese-Portuguese Bilingual Teaching and Training Centre (CPC) of the Department of Portuguese of the Faculty of Arts of the University of Macau (UM) will hold a series of activities and seminars to commemorate the centenary of José Saramago, from the November 15th until the December 12th, 2022.

The commemoration of the centenary of José Saramago was held on November 15th at 17:30 at the Sky Garden of the UM Library (E2). At the opening ceremony, the Chinese edition of José Saramago’s books were offered to the Library. Starting from November 15th to December 12th, 2022, an exhibition of José Saramago’s works will be shown at the Portuguese Corner of the UM Library (E2). During this period, different commemorative activities will also be held at the Portuguese Corner, including taking snapshots with the Saramago’s books characters, and the characters personality test etc. 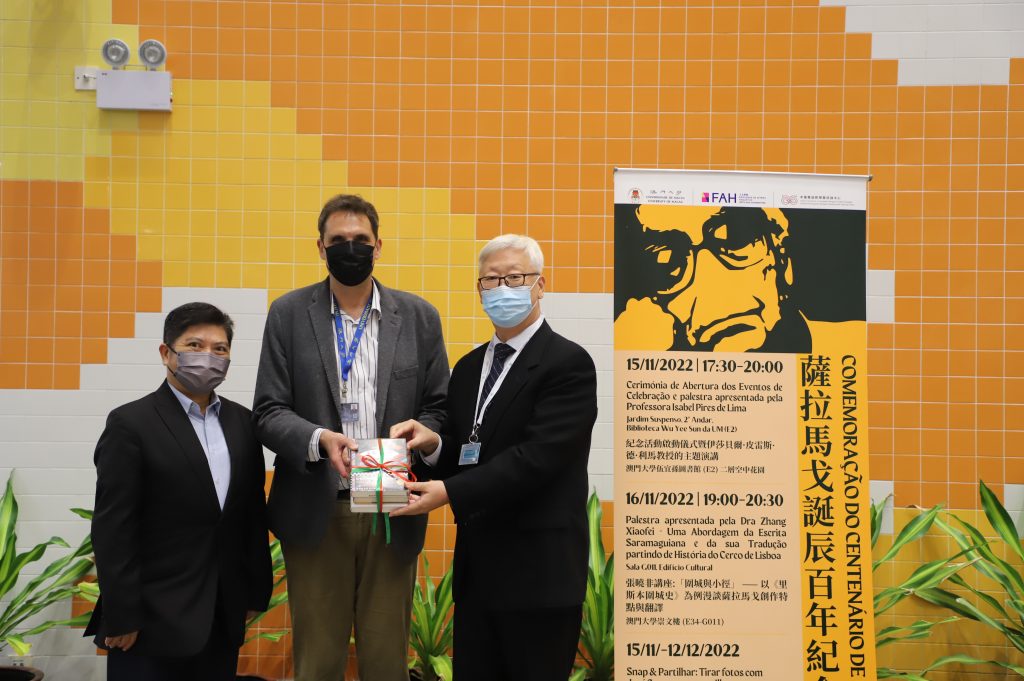 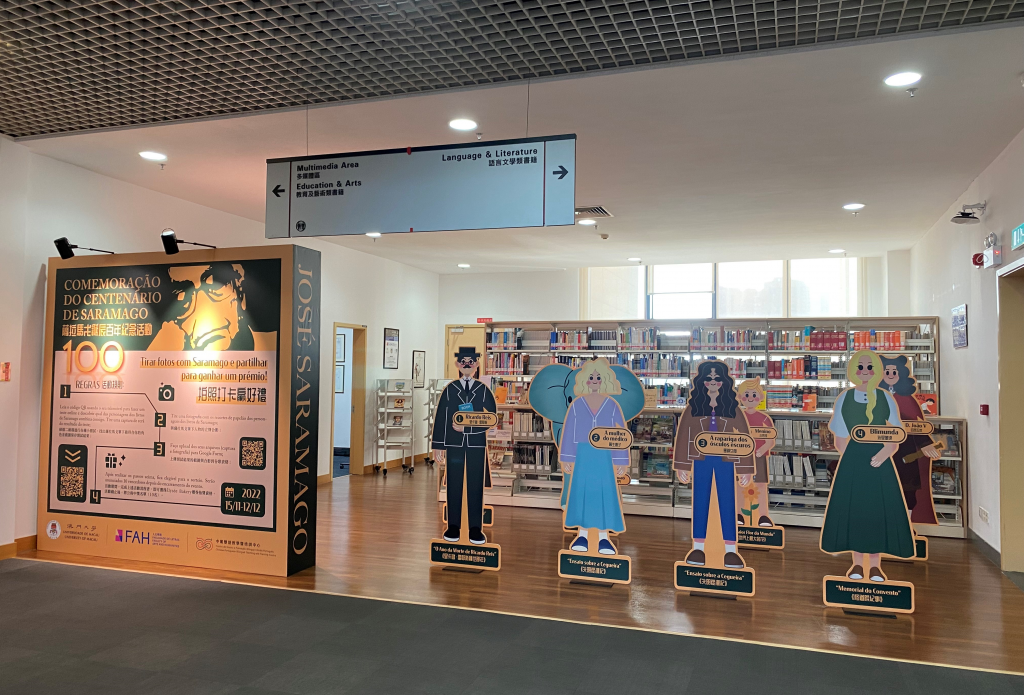 On November 15th at 18:00, the lecture given by Professor Pires de Lima online marked the most important moment of the first day of the Saramago’s centennial celebration. Professor Isabel Pires de Lima is the Emeritus Professor of the University of Porto, former Minister of Culture of Portugal, Vice-President of the Serralves Foundation, and is dedicated to promote the study of Portuguese literature. She has published several important studies on José Saramago and his work, and recognized him as “an outstanding writer of the second half of the 20th century”.

On November 16th, at 19:00, Zhang Xiaofei, Senior Lecturer of the Department of Portuguese gave a lecture on the topic of “The Siege and the Path”, and used the book “The History of the Siege of Lisbon”   as an example to talk about the characteristics of Saramago’s creative work.  Zhang Xiaofei translated the works of many famous Portuguese writers including José Saramago, Mia Couto, Clarice Lispector, Agostinho Neto, and she is also a recipient the “Wenjin Award”of the National Library of China. 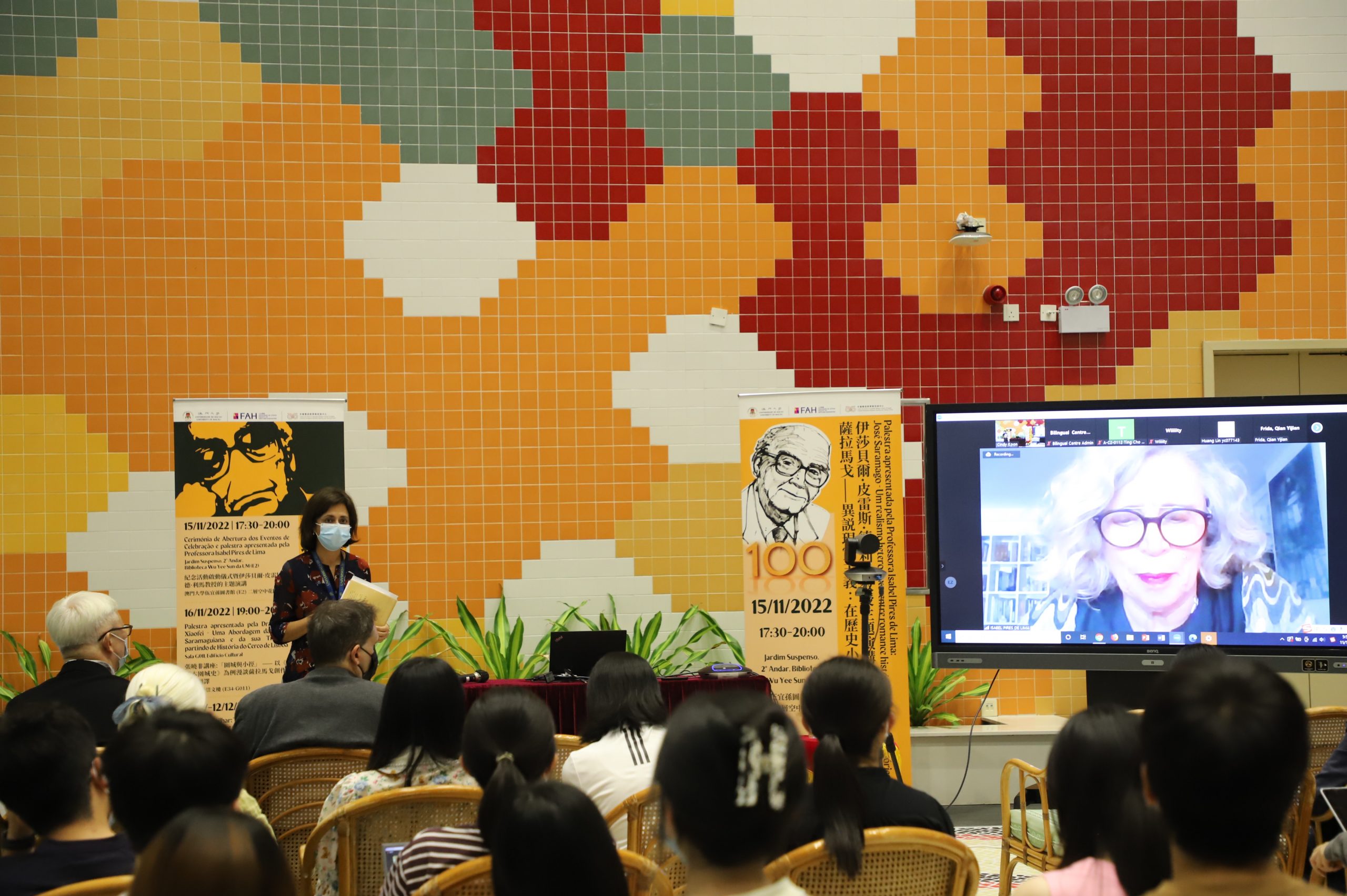 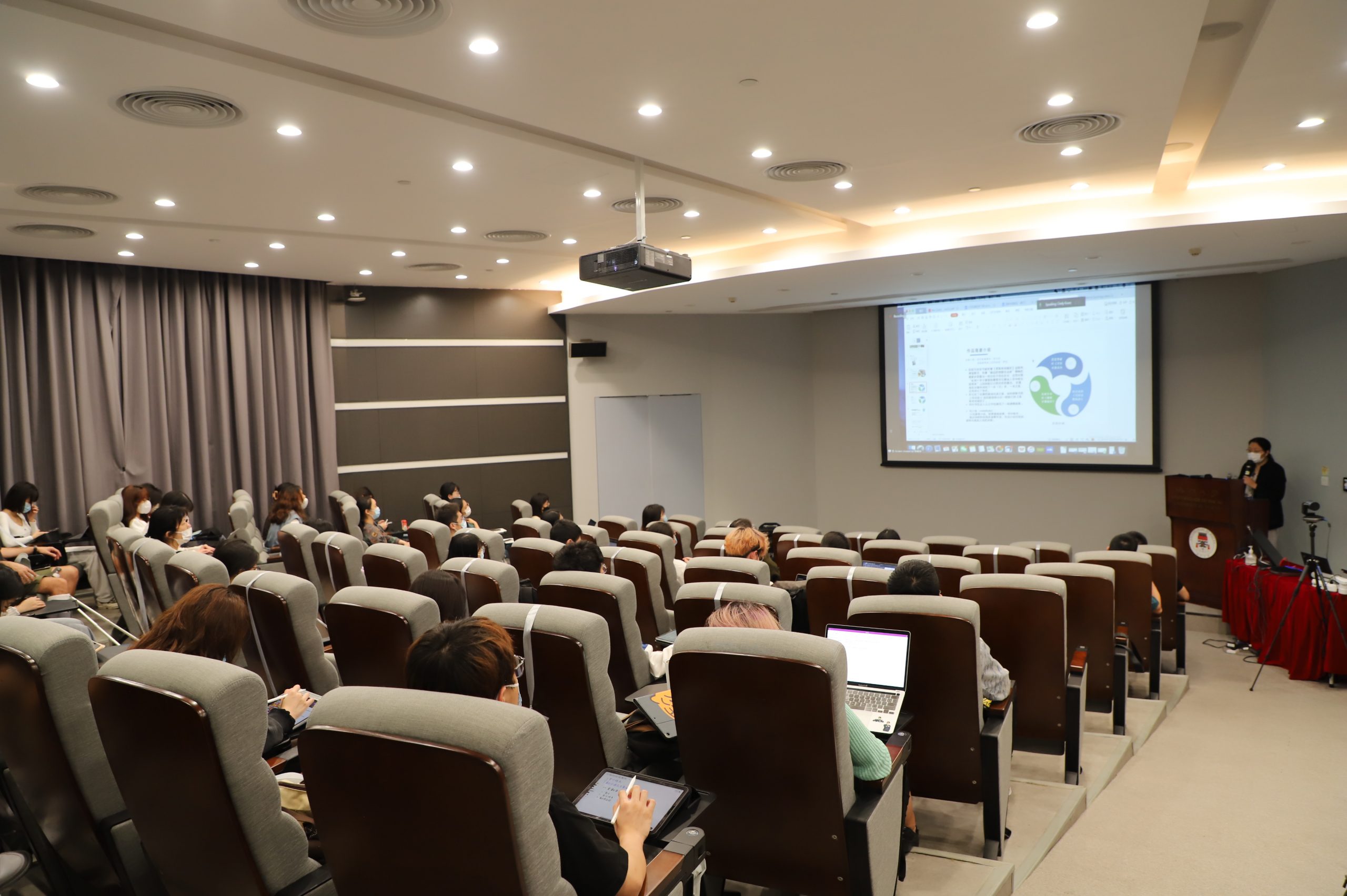 Since its establishment in 2017, the CPC has been committed to the development of the short, medium, and long-term cooperation with institutions in Mainland China and Portuguese-speaking countries, establishing links in teacher training, with a focus on bilingual talent training, and conducting research in the areas of Portuguese teaching and Chinese and Portuguese culture.