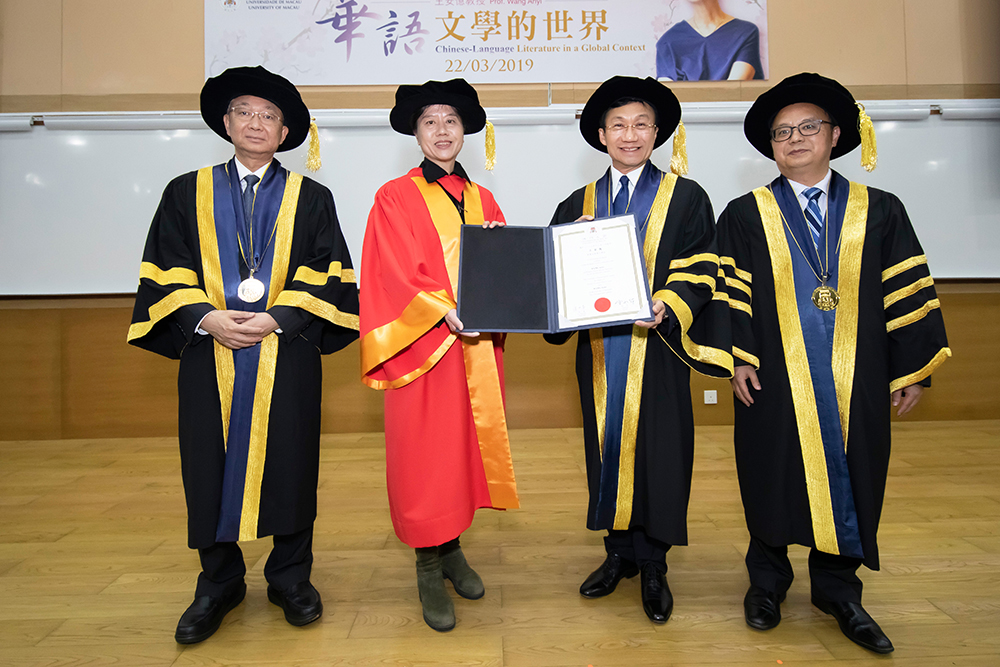 The University of Macau (UM) today (22 March) conferred a Doctor of Letters honoris causa degree on the renowned contemporary Chinese writer Wang Anyi, in recognition of her outstanding contributions to Chinese literature. Following the honorary degree conferment ceremony, Wang gave a lecture titled ‘Chinese-Language Literature in a Global Context’, which attracted many teachers and students from UM and secondary schools in Macao, people from the literary circle, and prominent members of the community. Dr Wang shared her thoughts on the origin and characteristics of modern Chinese language literature as well as its development in a global context. 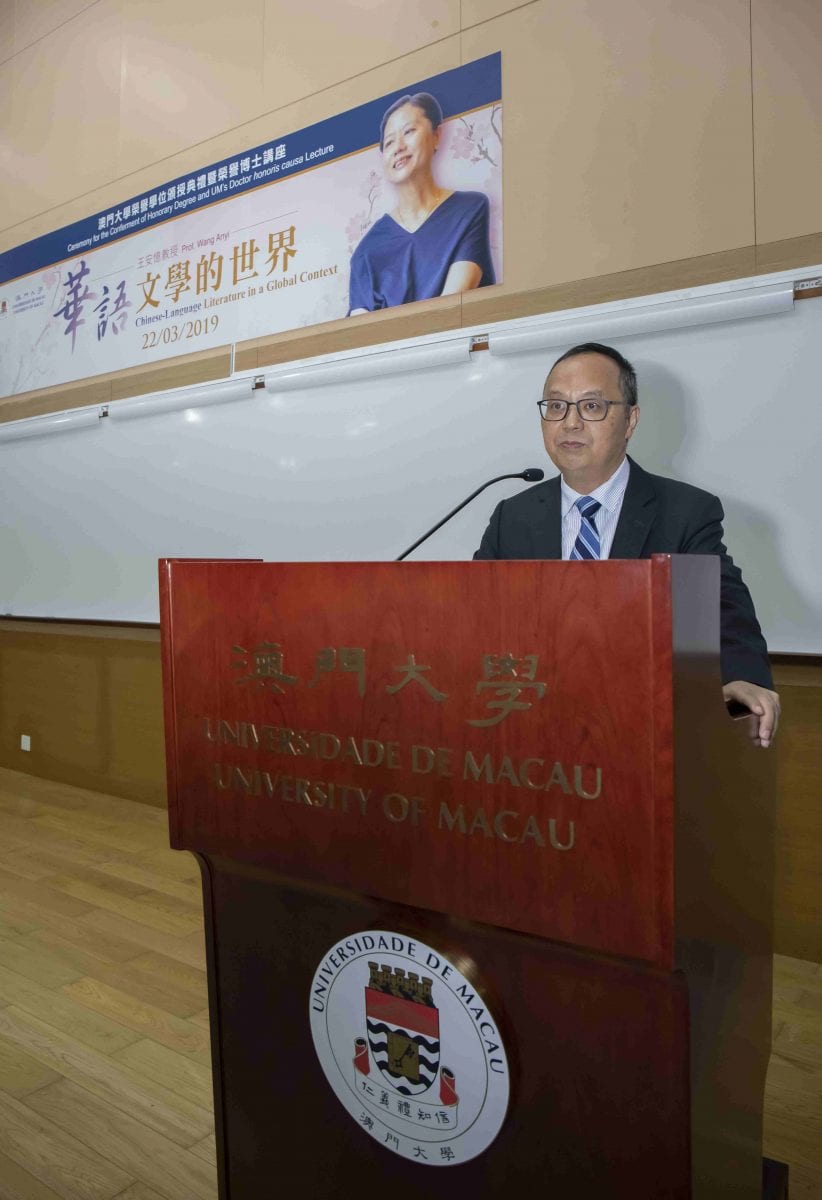 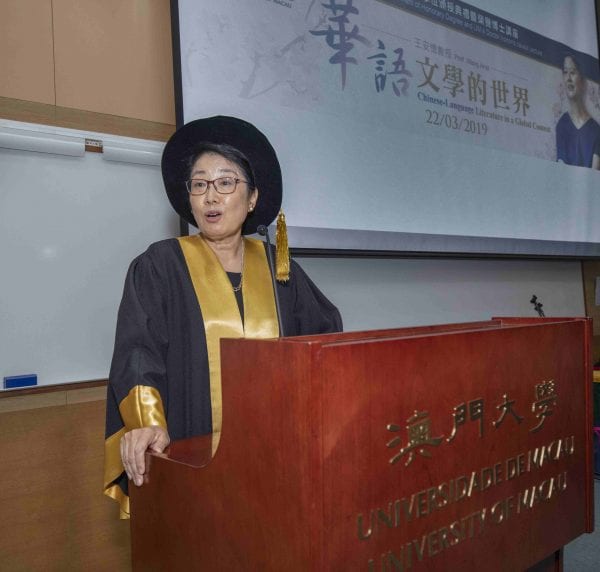 Hong Gang Jin, dean of the Faculty of Arts and Humanities, delivered a citation for Dr Wang. In the citation, Dean Jin praised Dr Wang for having gained widespread recognition and accolades in the literary circles both in China and in the West, adding that Wang has received several international literature awards.

The lecture attracts many teachers and students