Home/Posts/Department of Chinese Language and Literature, News/UM kicks off forum on Chinese history and culture and celebration of Confucius’ birthday 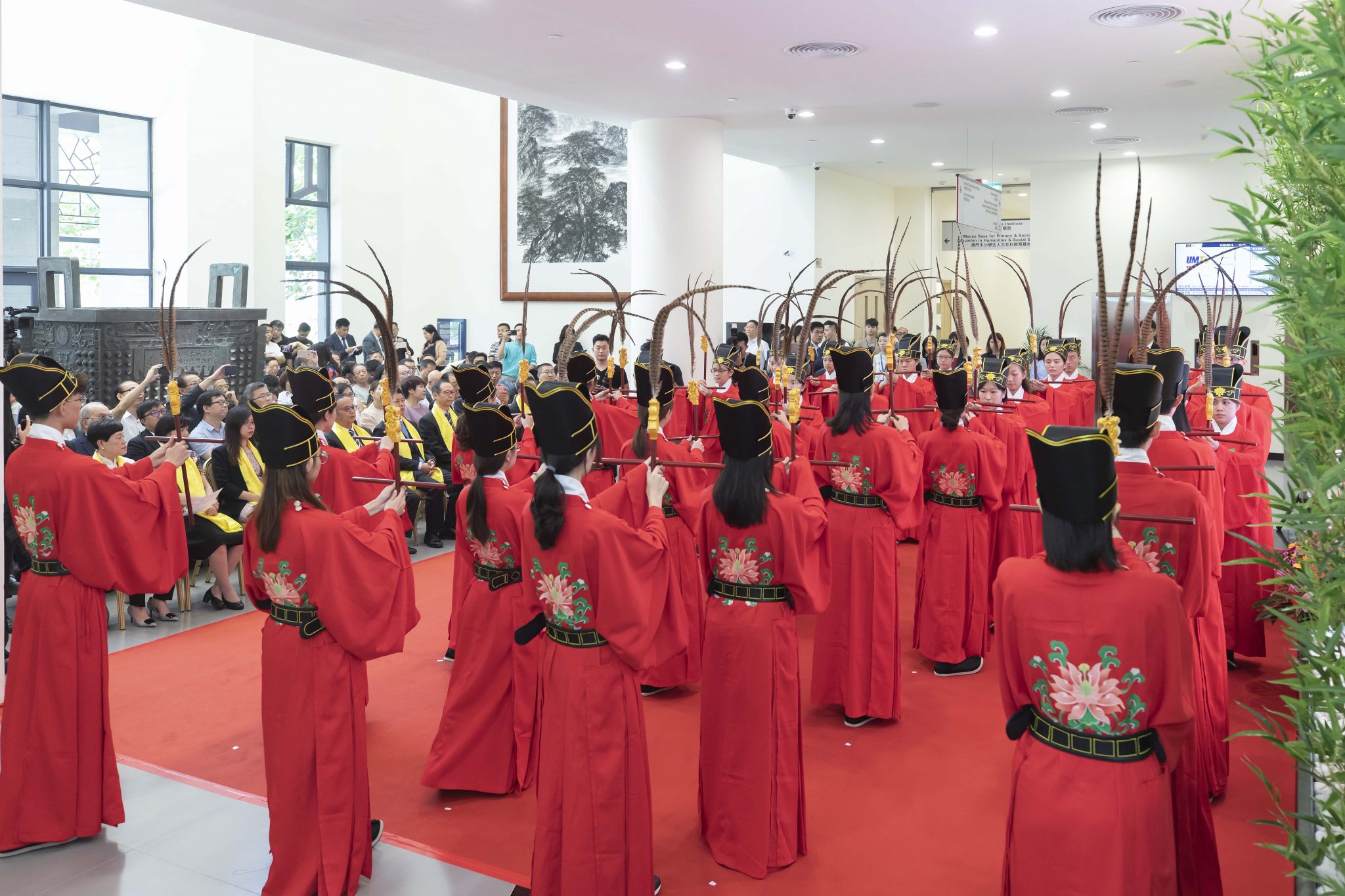 To celebrate the 70th anniversary of the People’s Republic of China and the 20th anniversary of the handover of Macao, the University of Macau (UM) today (19 September) kicked off the Forum on Chinese History and Culture and Celebration of Confucius’ Birthday. The forum, cultural activities, and exhibitions aim to let the public experience traditional Confucian culture and enhance their cultural confidence. Experts and scholars from China and abroad attended the event to celebrate the birthday of Confucius. They also discussed traditional Chinese culture and its development in the contemporary society. 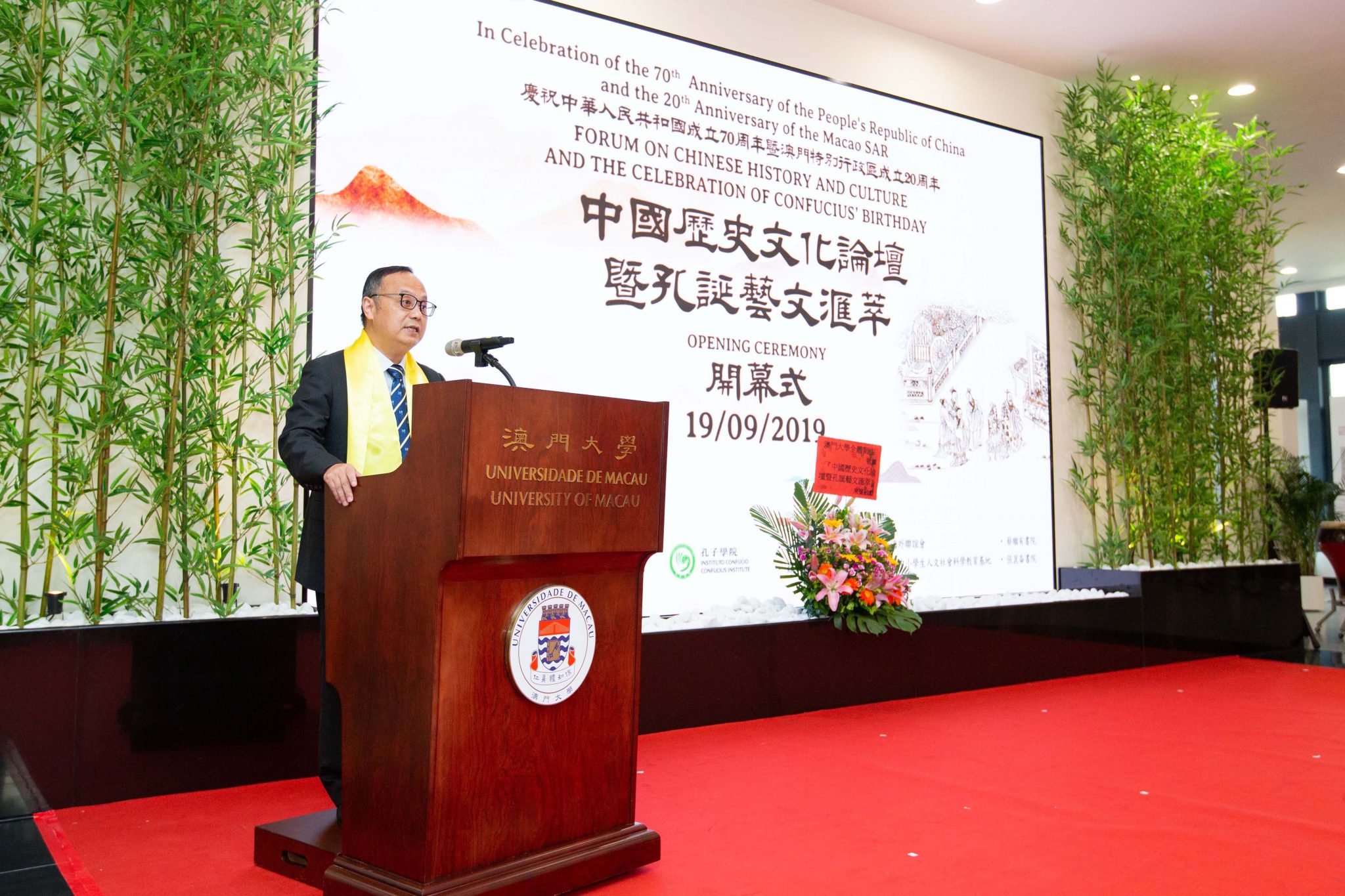 UM Rector Yonghua Song gave a speech, in which he said that the relationship between Confucian thought and Macao goes back a long time, adding that the great philosopher left an indelible mark on Macao as part of his long-lasting impact on human civilisation. According to Song, the event aims to promote understanding of the five traditional Chinese virtues, namely humanity, integrity, propriety, wisdom, and sincerity, among UM faculty members and students, so that they will acquire the wisdom from Confucianism and history and find inspiration through the comparison of Chinese and Western cultures for achieving world peace and sustainable development. Song added that people from different countries should work together to create a harmonious world and a win-win situation for everyone. 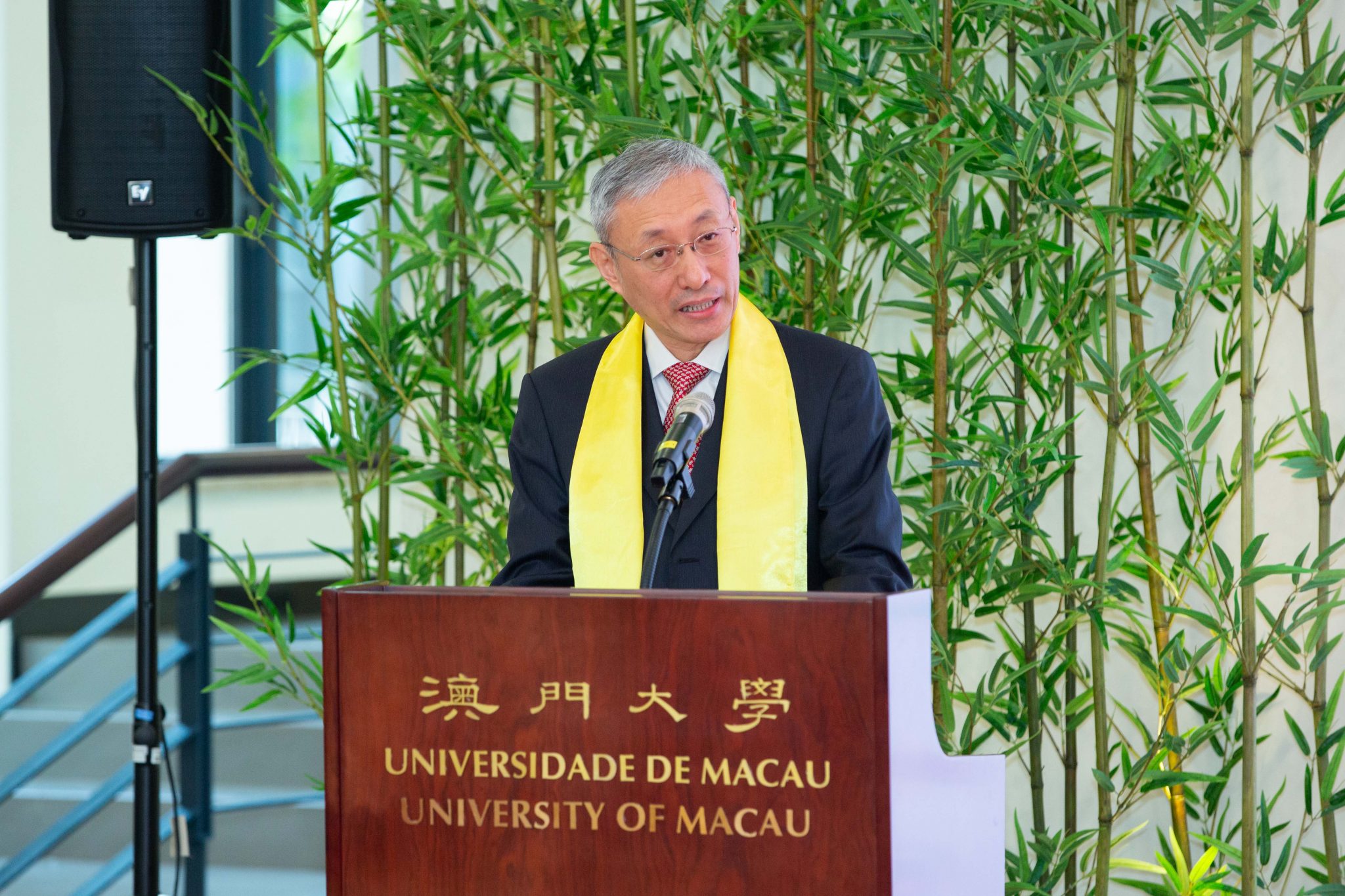 Cheng Lin, vice chairman of the Shandong provincial committee of the People’s Political Consultative Conference, said that Shandong is the hometown of Confucius and the birthplace of Confucianism, adding that the event showcases the beauty of traditional Chinese culture, especially the beauty of Confucianism. 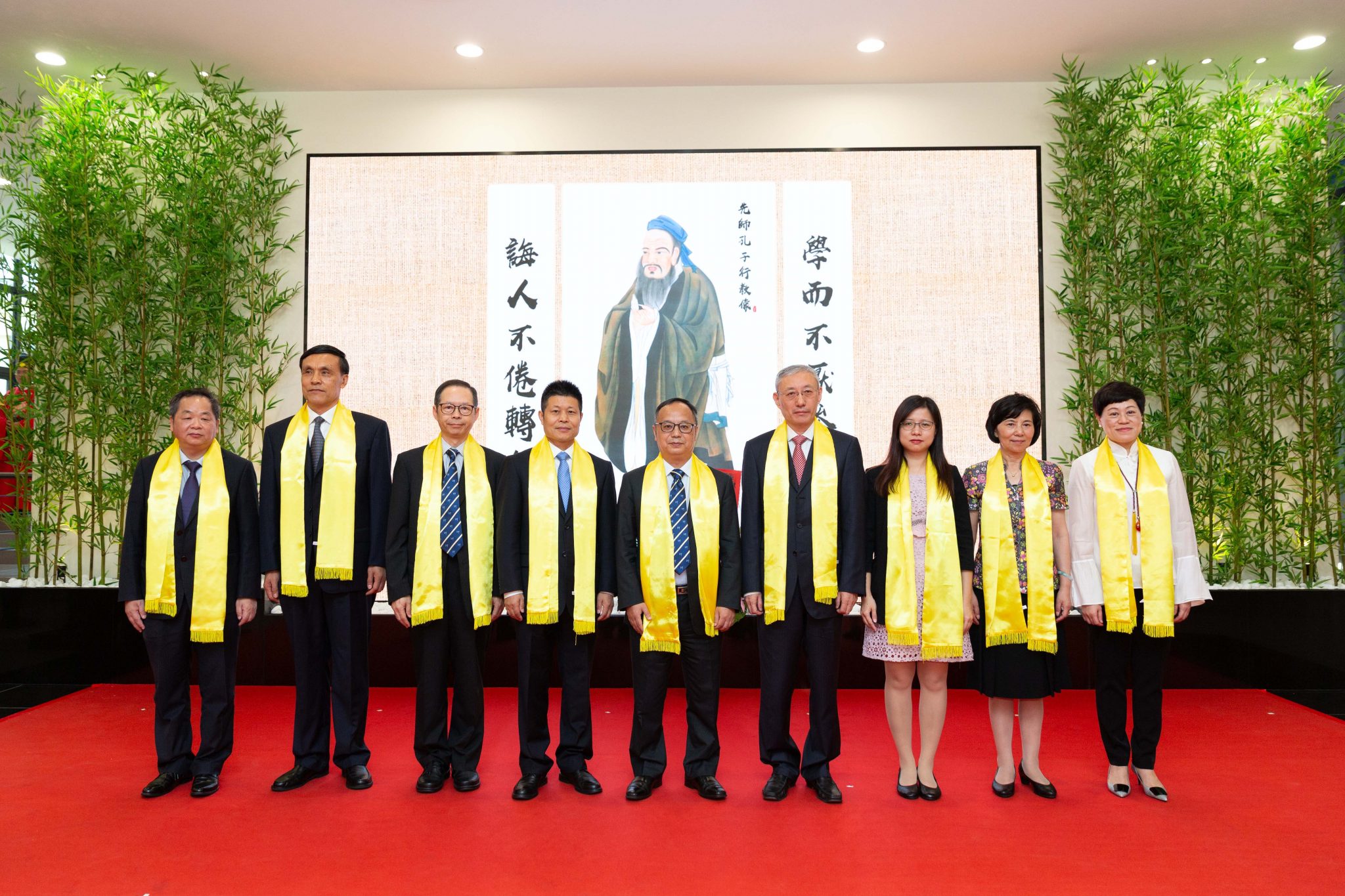 At the opening ceremony, Rector Song and other guests presented flower baskets to a painting of Confucius and bowed to the painting four times. Afterwards, members of the Cultural Ambassador Programme of the Confucius Institute conducted a ceremony, during which they performed a traditional ritual dance in traditional robes to express their understanding of the five virtues. 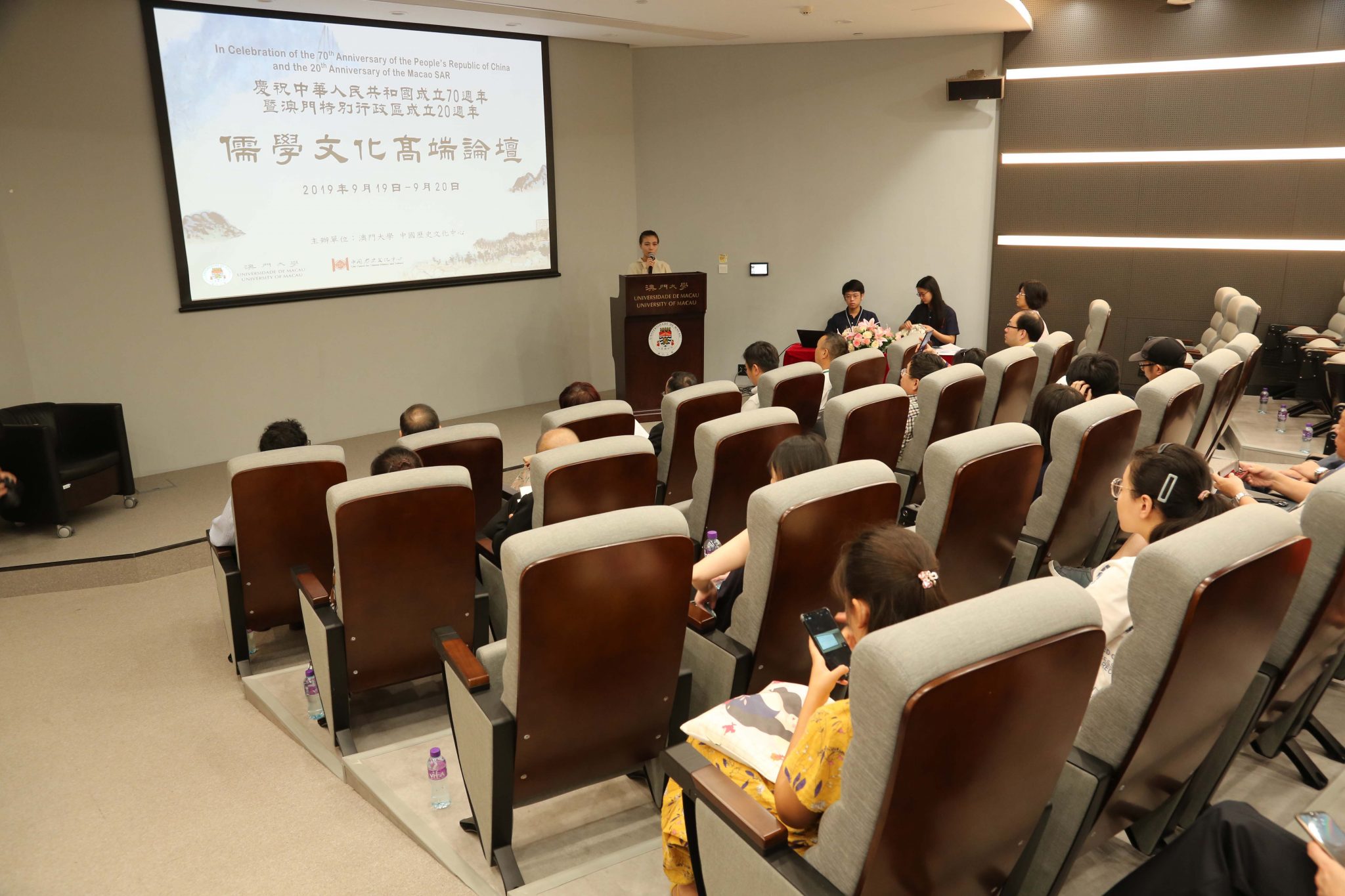 The forum on Confucian culture 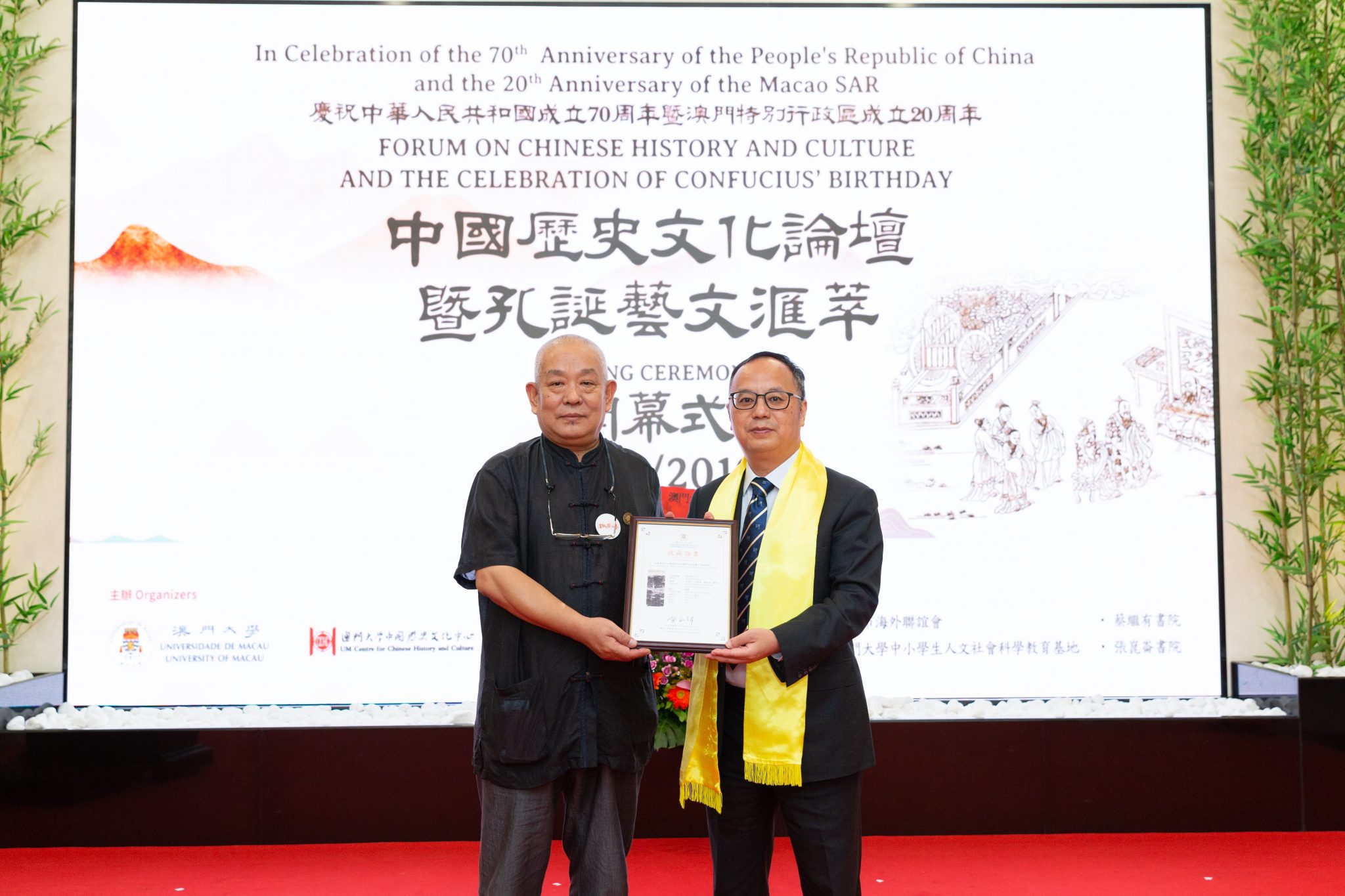 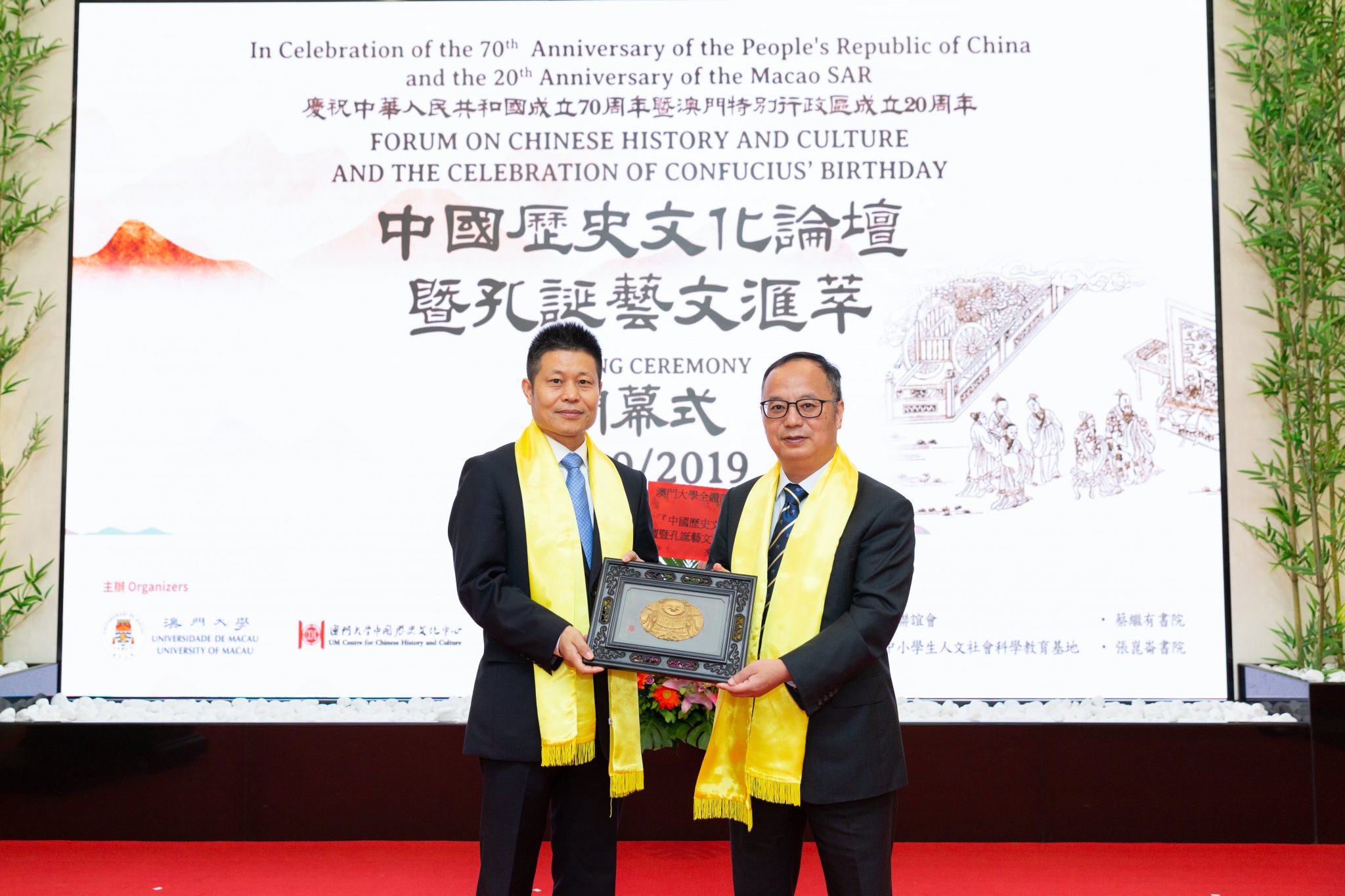 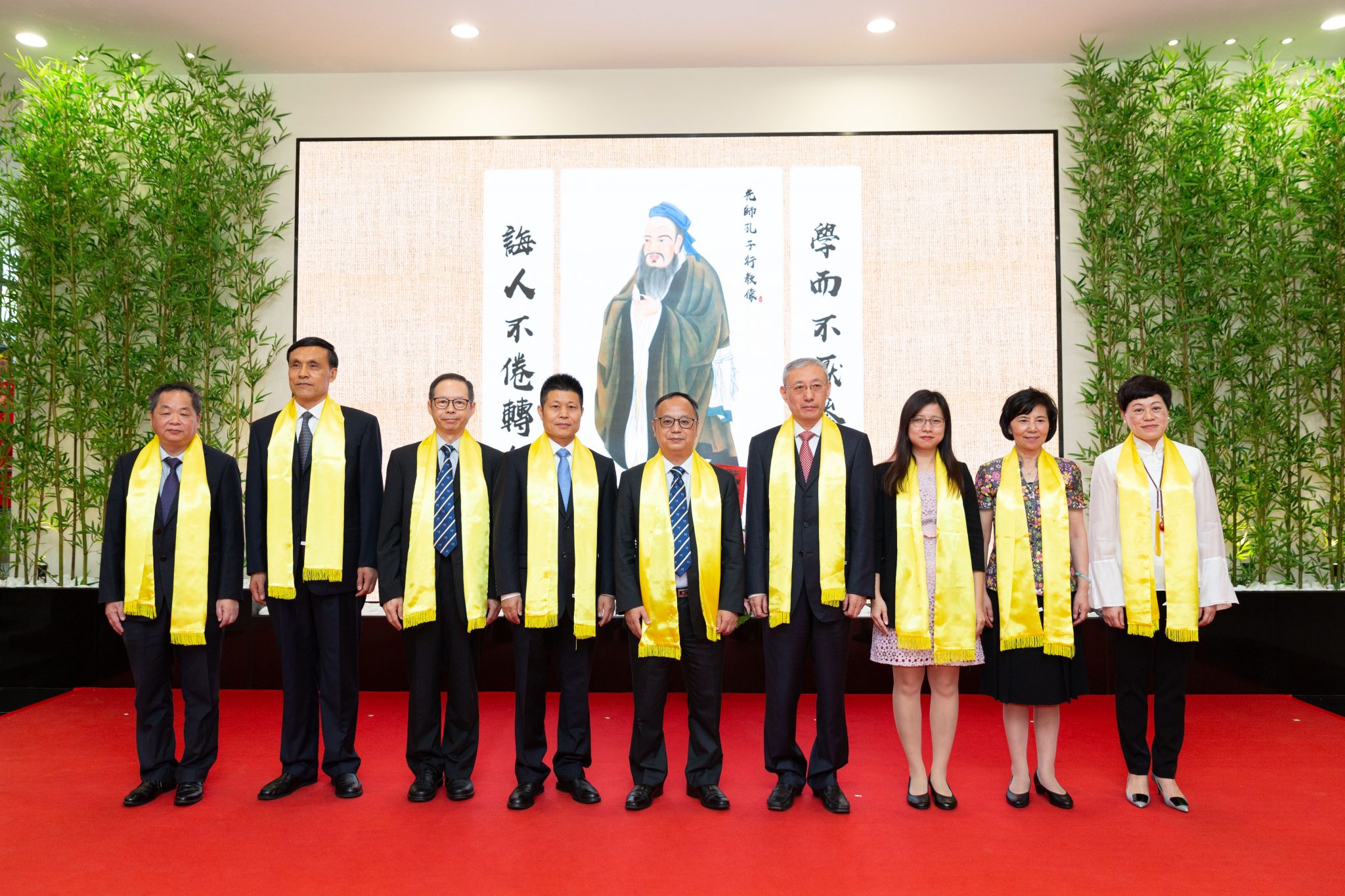 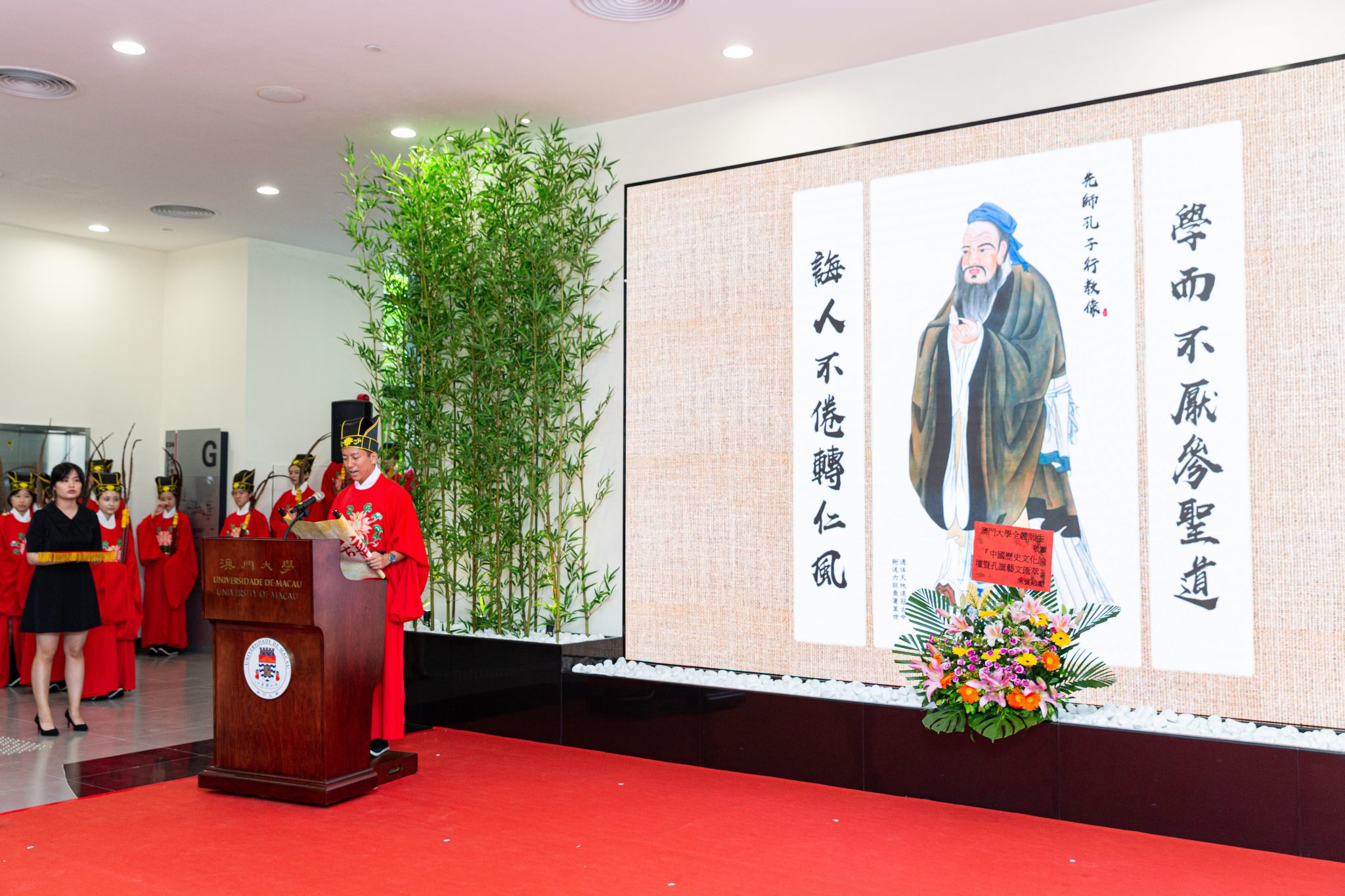 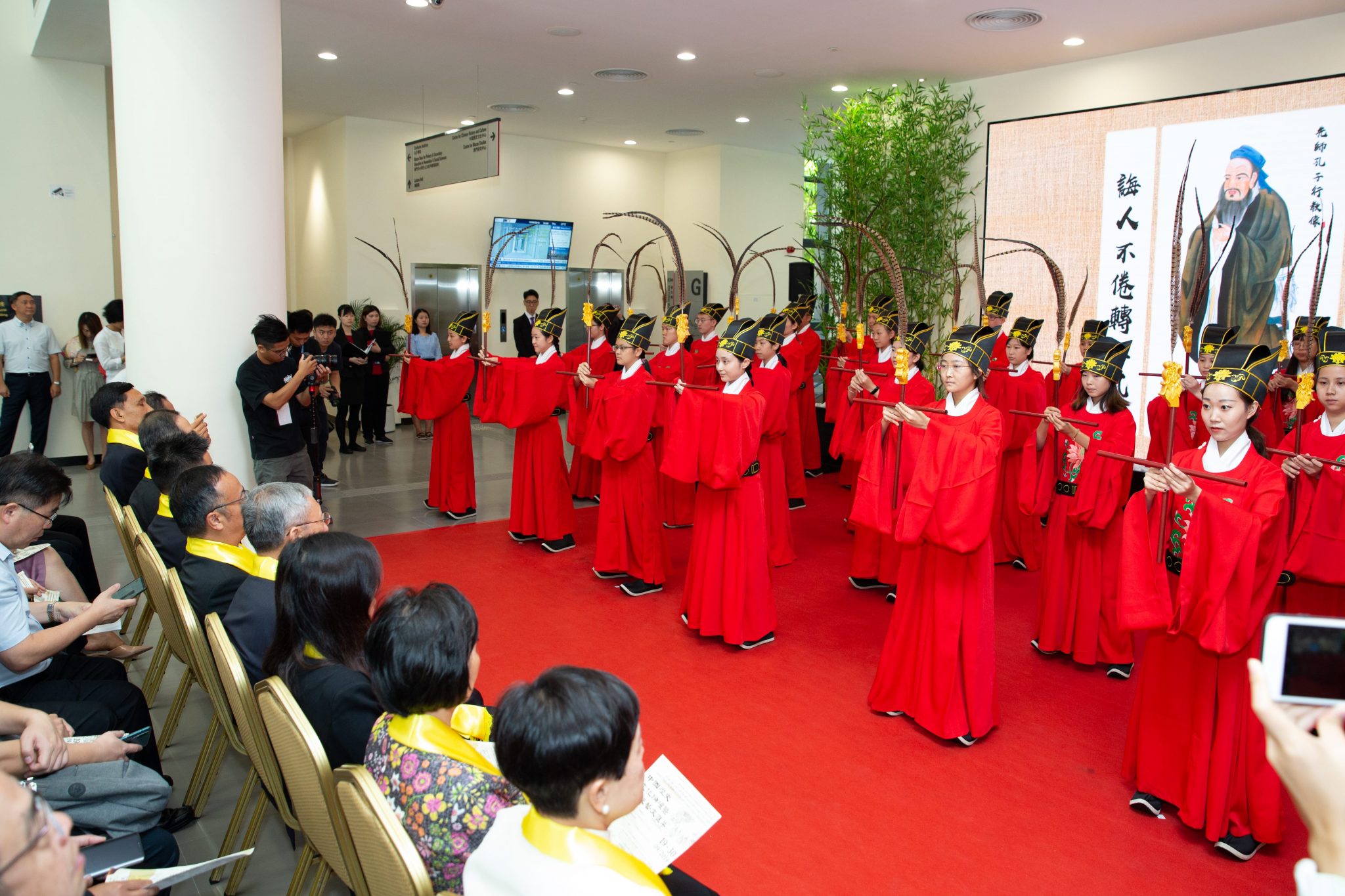 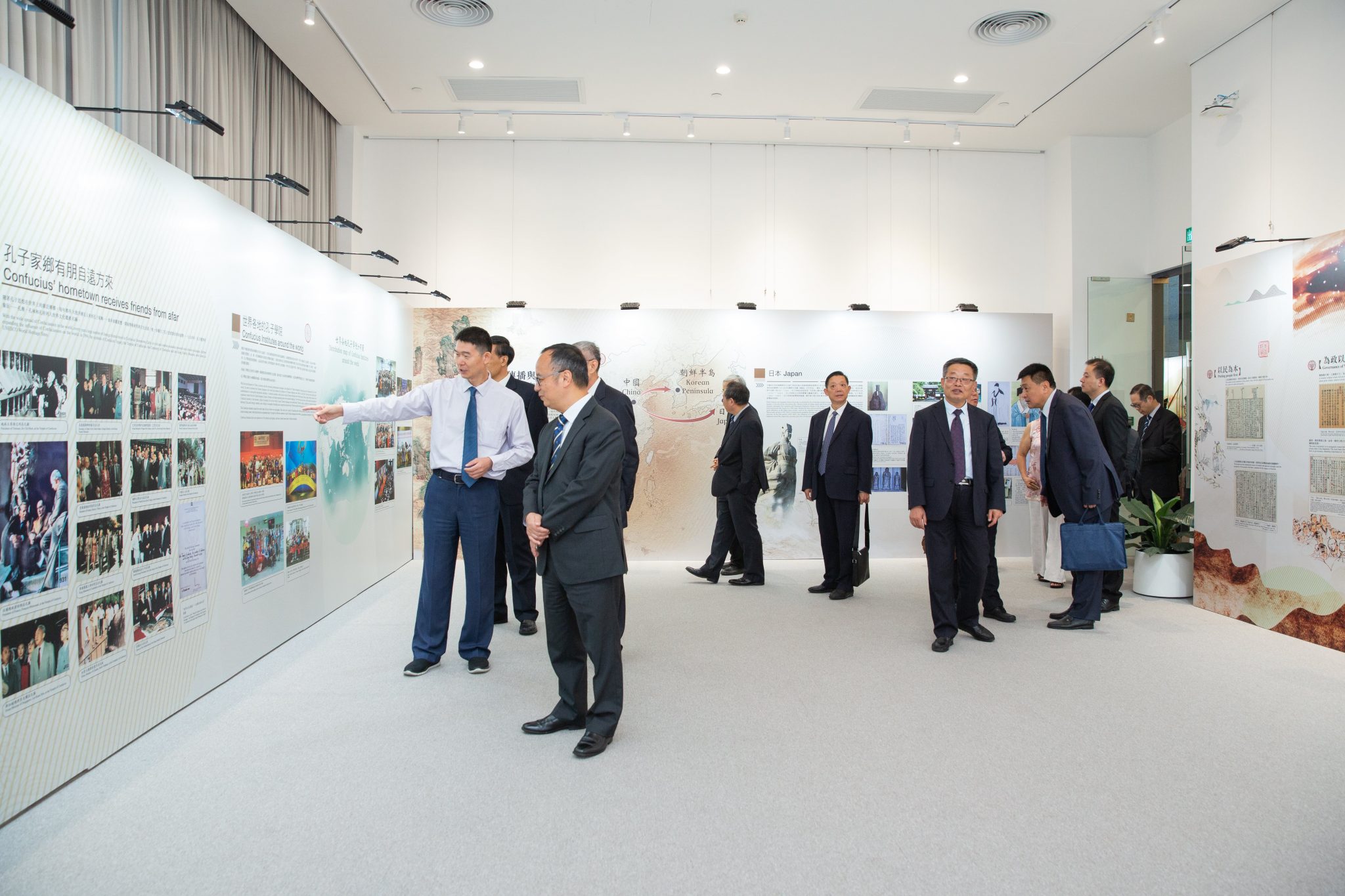 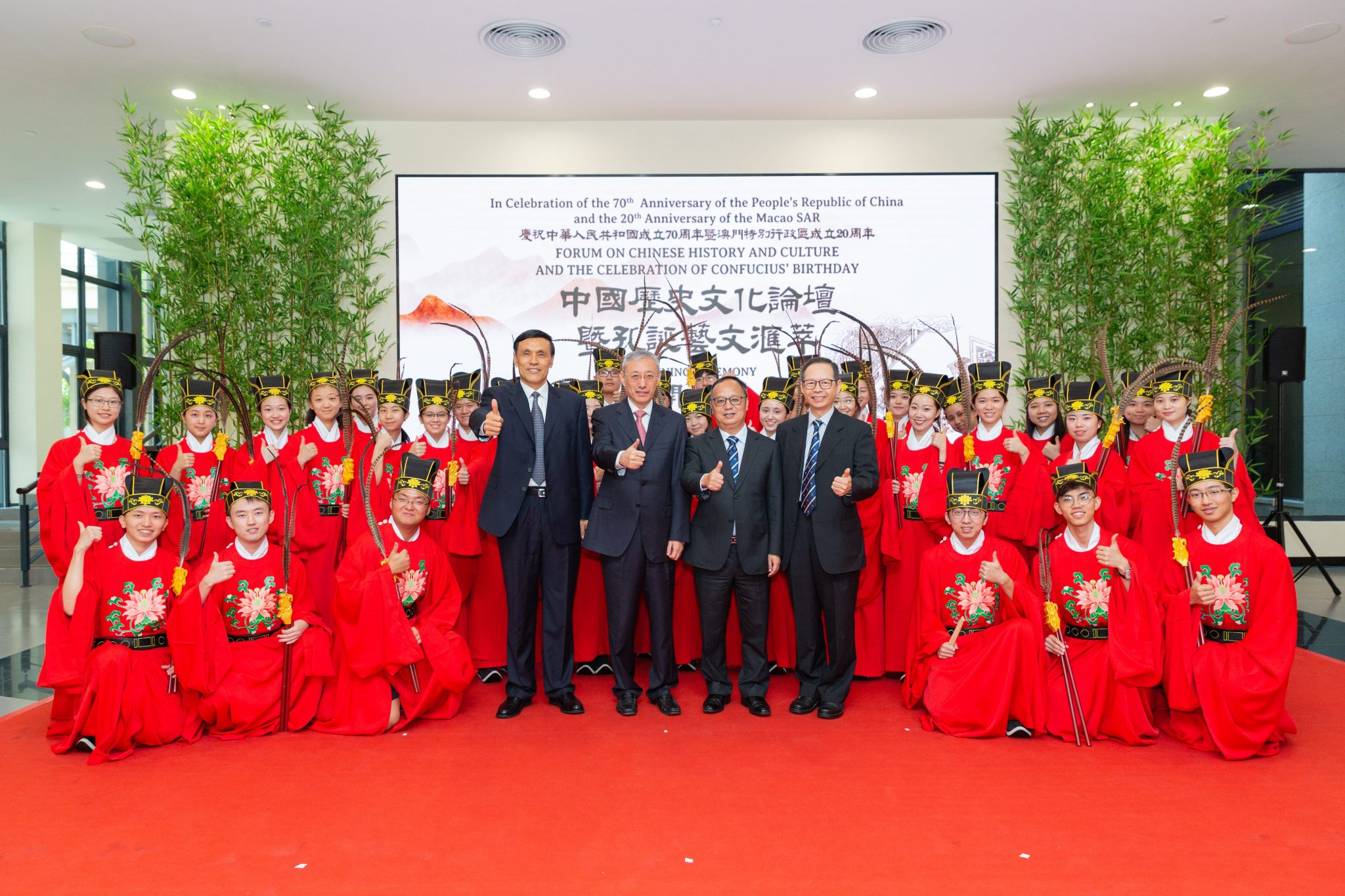