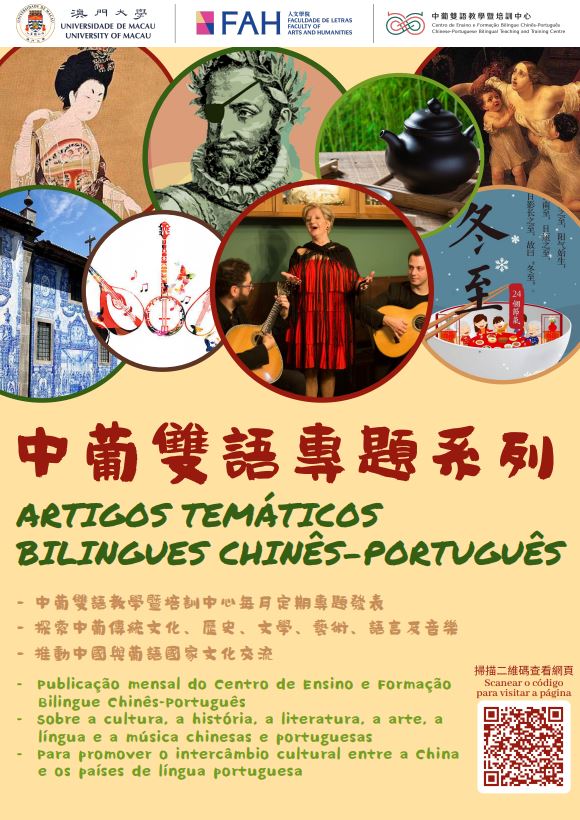 So far, the CPC has published five articles and videos in the column under the theme of ‘The Chinese-Portuguese Bilingual Legislation and Juridical Translation in Macao’, ‘CAPLE-ULisboa Examinations’, ‘The Impossible Love’, and ‘Can Film Art Change Your Perspective?’.

Titled ‘Bilingual Legislative Production and Legal Translation in Macau’, the article serves as an accompaniment to the Legal Translation Workshop held by the CPC. The article discusses the meaning of bilingual legislative production and legal translation, as well as their current situation and importance. It is stated in the article that in order to achieve a stable development of bilingual legislation and legal translation in the Macao SAR, it is necessary to update the systems and nurture professionals in the related fields.

A series of workshops offered by the CPC under the theme ‘CAPLE-ULisboa Examinations’ provided a summary of the characteristics of the CAPLE-ULisboa examinations. Videos were shown in the workshops to answer some of the frequently asked questions so that participants can better prepare themselves for the exams.

The CPC also invited Ricardo de Almeida, a Portuguese film director, to offer a series of workshops on cinematographic art and an article was written to summarise the impact that films can have on our lives.

In addition to activities organised by the CPC, the article series also discuss various topics, including Chinese and Portuguese classic stories, Chinese and Portuguese poetries, Port wine and Chinese tea, Portuguese tin-glazed ceramic tile and Chinese Porcelain, Fado music, and Shijing (The Classic of Poetry, a Chinese classic), so that readers can learn more about the culture, history, and art of China and Portuguese-speaking countries. The articles and videos published in the bilingual column may also be used as teaching materials for undergraduate and postgraduate students to enhance their Chinese and Portuguese language skills so that they will better understand the connotation underlying the languages. The CPC will publish articles and bilingual content in the column on a monthly basis with the aim of promoting cultural knowledge exchange between China and Portuguese-speaking countries.

Since its establishment in 2017, the CPC has been committed to developing long-term and short-term collaboration with mainland China and Portuguese-speaking countries, establishing ties in teacher training, training bilingual talent, conducting research in the field of Portuguese language teaching and Sino-Portuguese cultural studies, and promoting cross-cultural exchange between China and Portuguese-speaking countries.