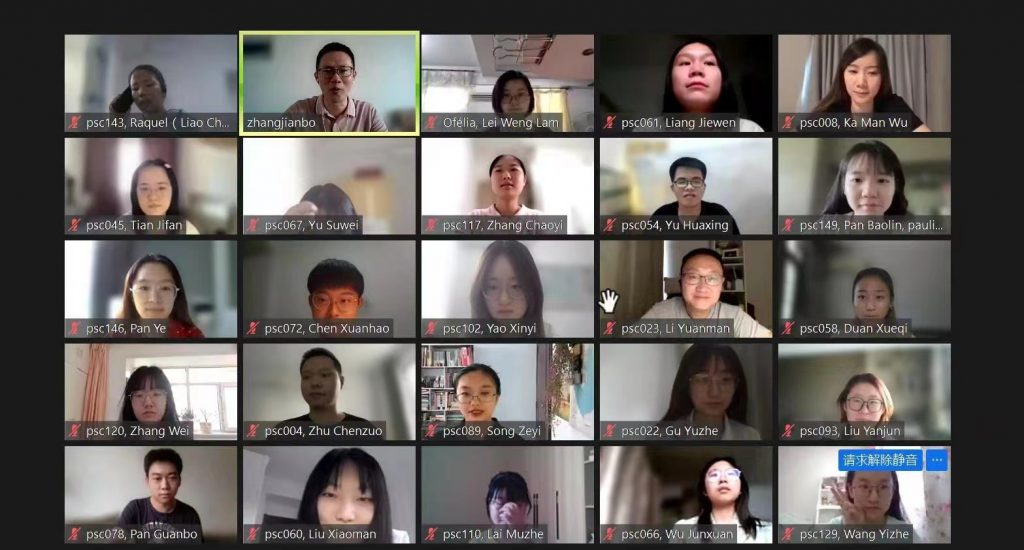 UM’s 36th Portuguese Language Summer Course
The 36th Portuguese Language Summer Course, organised by the Department of Portuguese of the University of Macau (UM) Faculty of Arts and Humanities, has ended with success. In line with the SAR government’s efforts to prevent and control the epidemic, this year’s summer course was held online and attracted 152 students from Japan, mainland China, Hong Kong and Macao, with more than 50 per cent of the participants attending language courses at intermediate and advanced levels.
The teachers in the summer course came from Macao and other parts of the world. In addition to 45 hours of language courses, the three-week summer course provided participants with more than 75 hours of thematic courses on topics such as linguistics, history, gastronomy, music, dance, as well as society and culture of Portuguese-speaking African countries. In order to meet the needs of Chinese students, this year’s summer course offered two special courses, namely ‘Chinese-Portuguese Translation’ and ‘Relations between China and Portuguese-speaking Countries’. Both courses were taught by renowned translators and scholars and have been well received and highly regarded by the students. Most of the participants in the summer course met the attendance requirements and passed the course evaluation, and have successfully obtained their course certificates.
In addition, this year’s summer course featured four online lectures that were open to the public for free, namely ‘The First Portuguese Novelists of the 21st Century’ by José Luís Peixoto, ‘What is Poetry’ by Nuno Júdice, ‘Literature and the Natural World’ by Adriana Lisboa, and ‘Brasilia, Lisbon and Macau: An Architectural History Journey’ by Sérgio Ulisses S Jatobá. During the lectures, participants in the summer course and members of the general public had the opportunity to interact directly with writers and scholars from Portuguese-speaking countries, which helped them deepen their understanding of Portuguese literature and culture.

The online public lecture ‘What is Poetry’

At the closing ceremony, four student representatives from different levels of the course gave their testimonials. Some of the students said that the summer course provided a unique experience to learn Portuguese culture, politics, music and other topics via the internet, and that the results were very satisfactory. João Veloso, head of UM’s Department of Portuguese, recognised the importance of the summer course in disseminating Portuguese language and culture during his speech at the closing ceremony.
lisalam2022-08-02T10:53:58+08:00
Go to Top