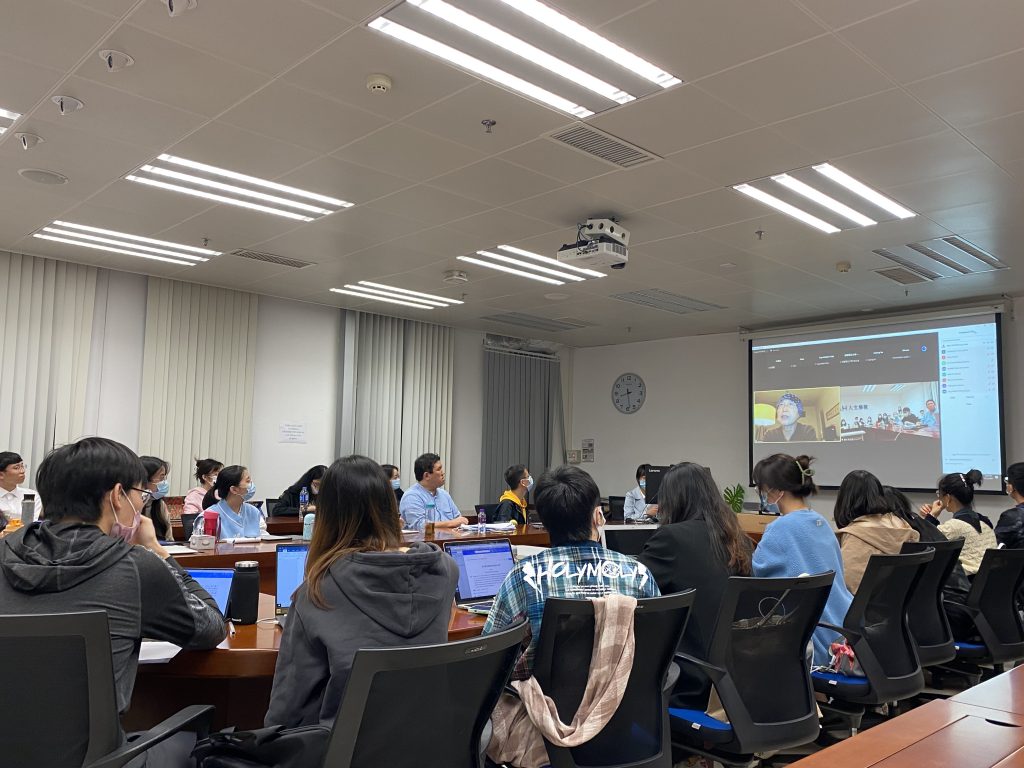 The Department of Chinese Language and Literature and Center for Chinese History and Culture at the University of Macau organized an academic conversation entitled “American Sinology and the Study of Premodern Chinese Literature” at 8:30 pm on November 22, 2021. Professor Nanxiu Qian of Rice University and Professor Yue Zhang of University of Macau held a fruitful and constructive academic conversation, which was also the invited keynote speech of the 4th Chinese Culture (Macau) Forum. Faculty members and students from UM attended the conversation in person, and other forum participants attended this event online.

Professor Qian’s research interests include premodern Chinese literature, comparative literature, and the reception of Chinese culture in East Asia. She has published numerous excellent articles in English and Chinese. Her representative works include Politics, Poetics, and Gender in Late Qing China: Xue Shaohui (1866-1911) and the Era of Reform (Stanford University Press, 2015) and Spirit and Self in Medieval China: The Shih-shuo hsin-yü and Its Legacy (University of Hawai‘i Press, 2001). Furthermore, Professor Qian has edited several books on Chinese literature and East Asian cultures, published by Shanghai Ancient Books Press and Brill. 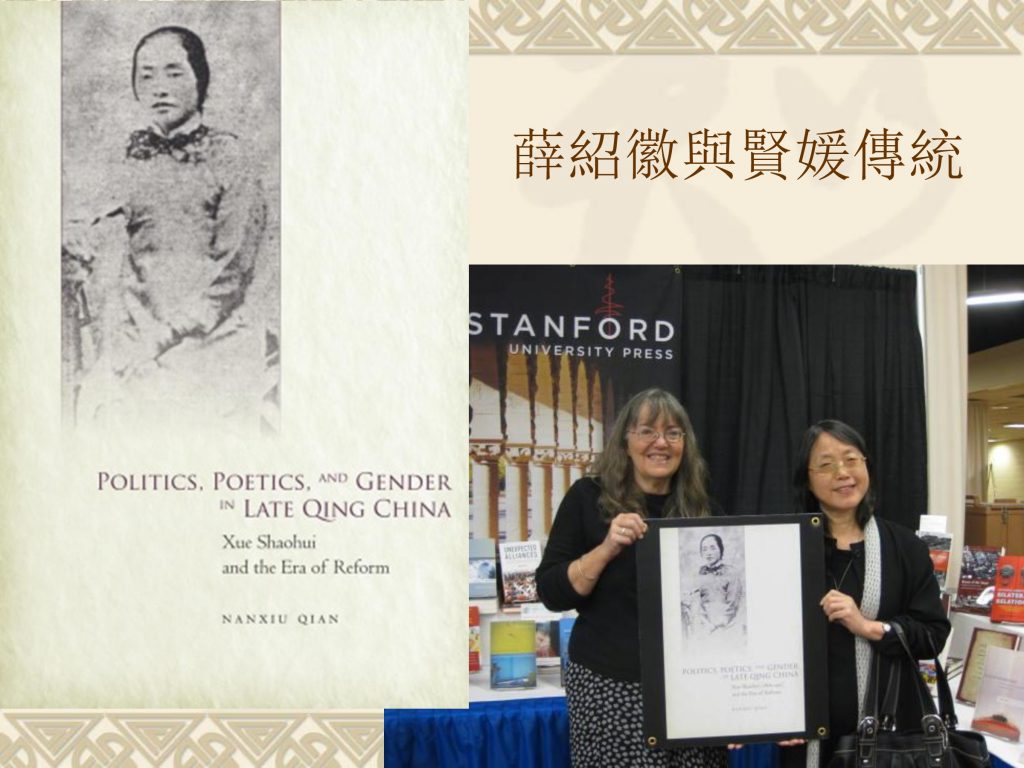 In the academic conversation, Professor Qian discussed how classical Chinese literature has been researched in the West, with an emphasis on her study of the Shishu xinyu (A New Account of the Tales of the World) and its imitations, the xianyuan (worthy ladies) tradition, and its dissemination in the Sinosphere. Professor Qian’s talk was very lively and interesting with amazing and elegant illustrations. Her sense of humor made the academic conversation easily accessible. She first explored the general trends and methods of the study of the Shishuo xinyu, and compared the differences between Chinese and Western scholars in their focus on this book.

Meanwhile, Professor Qian discussed her ongoing work on the Chinese rewriting of her monograph on the Shishuo xinyu based on newly discovered materials and newly published scholarship. Professor Qian then moved to investigate the characteristics of the xianyuan tradition in the Six Dynasties and late Qing, and how Xue Shaohui, as a representative of the inheritors of this tradition, actively participated in the late Qing Reform Movement.

The xianyuan tradition has influenced not only Chinese culture but also other East Asian counties. For this, Professor Qian examined the development and reception of the xianyuan tradition in Sinosphere, as well as her experience in collecting research materials in different languages. After the conversation, the UM students and faculty members exchanged further information with Professor Qian on the topic of the lecture. The event ended successfully with an interactive academic discussion. 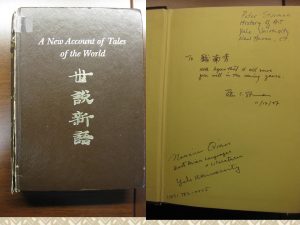 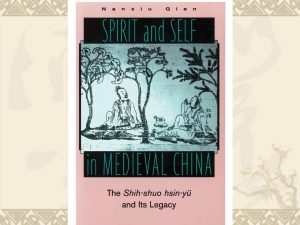 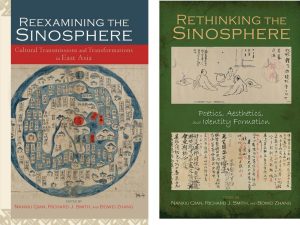