Home/Posts/Department of Chinese Language and Literature, News/The “Chinese Literary Studies in the Horizon of the Third Eye” Conference Held at UM 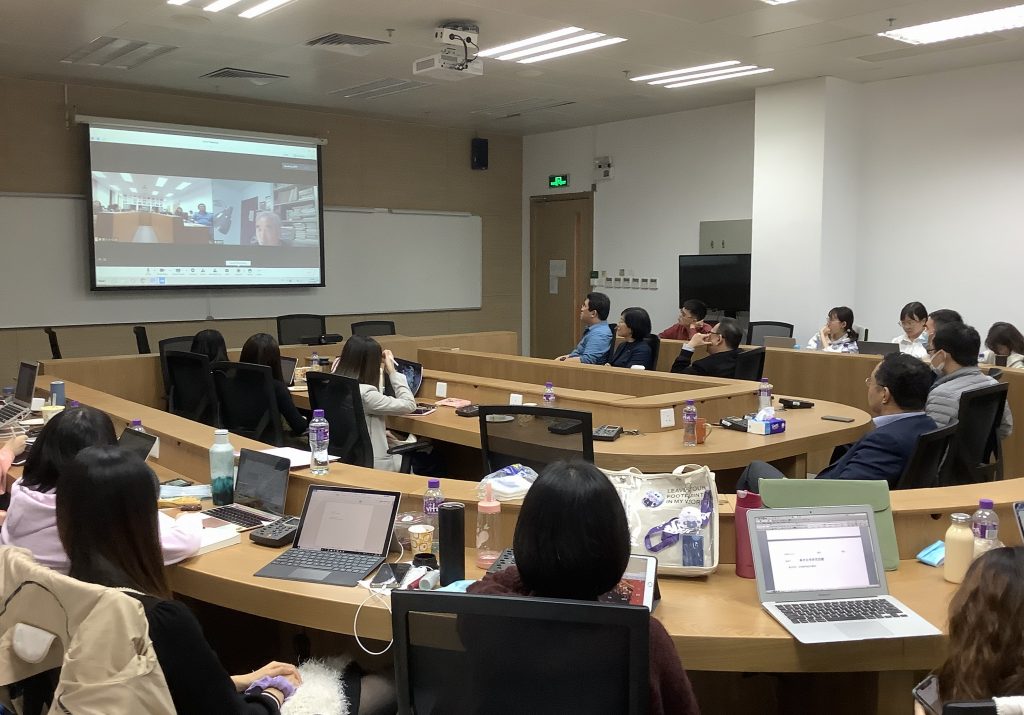 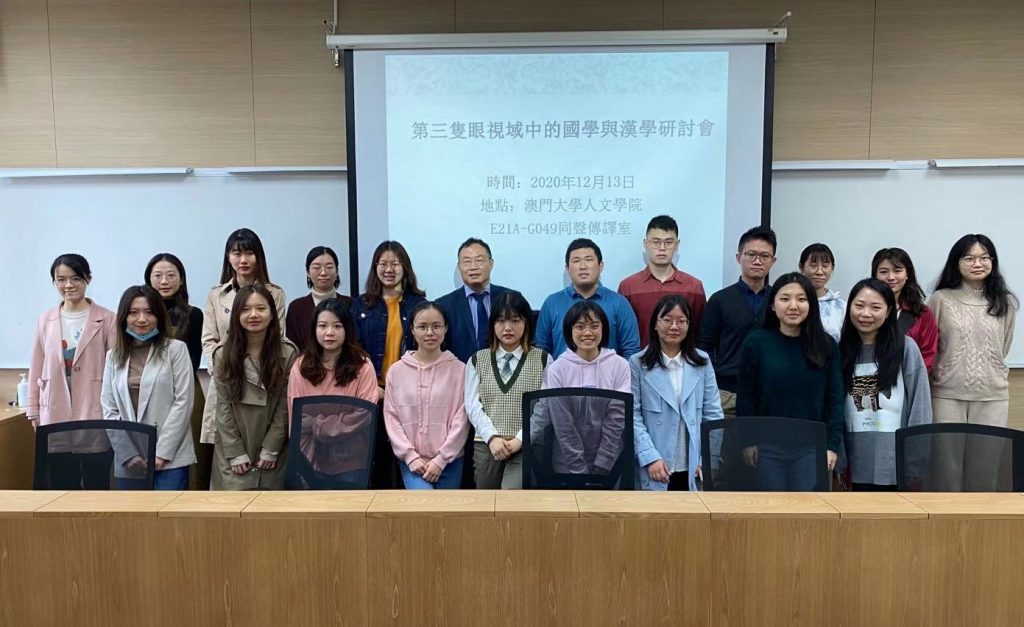 The “Chinese Literary Studies in the Horizon of the Third Eye” Conference, organized by Professor Yue Zhang of the Department of Chinese Language and Literature (DCLL), was successfully held at UM on December 13th, 2020. The guests at the conference included Interim Dean of the Faculty of Arts and Humanities, Professor Jie Xu, along with Professors Chon Chit Tang, Zhong Chen, Mingyu Wang, and In Fat Lo of DCLL.

Professor Jie Xu delivered an opening speech to highlight the new features of Sinology studies in Macao, a culturally diverse city. The conference mainly included such topics as the translation and interpretation of the ancient Chinese classics, Sinology studies on classical Chinese poetry, ancient Chinese novels, early China, and feminism and identity. The keynote speech of the conference, “Four Topics on Sinology,” was delivered by Professor Xiping Zhang, Professor of Beijing Foreign Studies University, Distinguished Professor of Beijing Language and Culture University, and the Editor-in-Chief of International Sinology. The speech was conducted in the format of an academic dialogue between Professor Xiping Zhang and Professor Yue Zhang. They discussed the three stages of Sinology development: “Travelogue Sinology,” “Missionary Sinology,” and “Professional Sinology.” Because in all stages of Sinology development, the translation of ancient Chinese materials has been indispensable, the two scholars also conducted in-depth discussions on this important academic issue. Other professors, such as Chon Chit Tang, Mingyu Wang, In Fat Lo, and FAH graduate students actively participated in this conversation. Professor Xiping Zhang was very knowledgeable about the topics and articulated his ideas in an informal and humorous manner, which left a deep impression on the audience. The scholars and graduate students, who participated in this conference, exchanged constructive and critical comments that deepened and broadened the perspectives and methods of current Sinology research.